The 27-year-old is an experienced campaigner having been on the books in Paris since 2015.

However, he’s been a relatively peripheral figure this term and has managed just five starts.

Inter thought they’d sealed his signature with a pre-contract offer.

But the former Monaco-man appears to have spectacularly rebuffed their lucrative deal.

Kurzawa, who has been capped 12 times for France, might have had his head turned by clubs in England.

Reports in France suggest Manchester United , Tottenham and West Ham are all jockeying for position.

Kurzawa isn’t the only player Spurs and United are going head-to-head for.

The influential playmaker is one of the most prolific midfielders in Europe.

He bagged 20 goals in 33 appearances for Sporting last season and has notched six times in 14 games this term.

“He’s a huge player. All players like Bruno always have a lot of market,” Silas said.

“We know that he’ll always be a much talked of player and sought by clubs as big as they say.

“I don’t like to think about that beforehand, but I’m starting to think of alternatives within our team if Bruno doesn’t stay with us.

“I hope that doesn’t happen. In Portugal, unfortunately, we can’t keep the best players for long.

“Bruno is the best player in the league.” 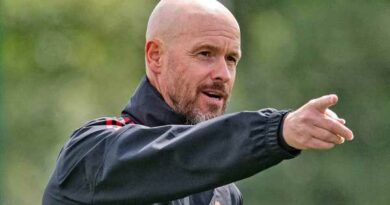