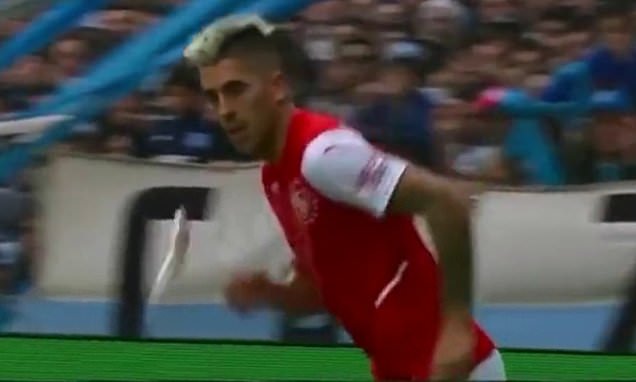 Cod almighty! Independiente forward Leandro Fernandez is hit in the face by a FISH thrown from the crowd of bitter rivals Racing Club and carried off on a stretcher (before returning) during Argentine Primera Division defeat

Argentine footballer Leandro Fernandez received medical attention after an opposition fan launched a raw fish at his face during a Primera Division game.

The bizarre incident took place when Argentinian side Independiente took on their bitter rivals Racing Club earlier this week.

Fernandez was carried off on a stretcher and checked by the club’s medical team before being deemed fit to continue playing in the highly competitive fixture. 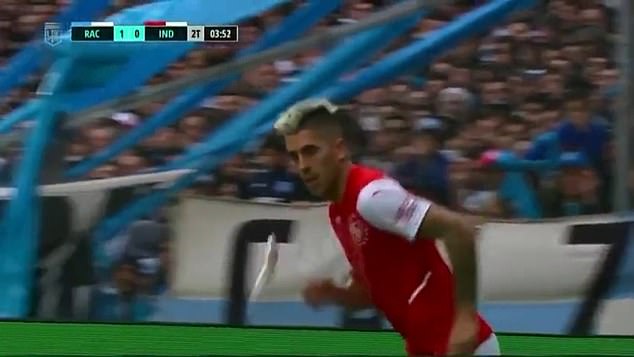 Independiente star Fernandez was hoping to hit the headlines after coming off the bench during the first half of their Primera Division game.

However, the 31-year-old did not expect to go viral after being hit in the face with a raw fish while playing for the Argentine side.

The incident took place shortly after the second half started and it was said to be a Racing Club fan that threw the cold-blooded animal.

The fish struck the player on the left side of his face. It appeared to be painful as he immediately dropped to the ground, clutching his cheek. 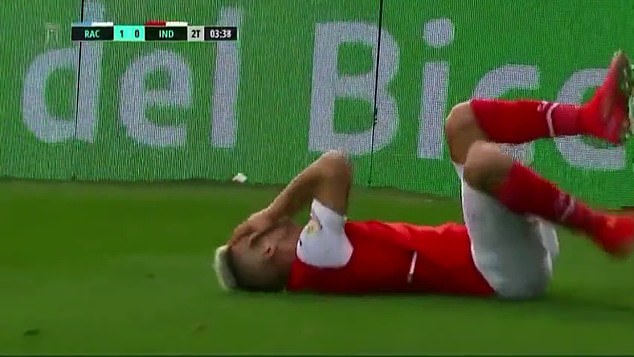 It appeared to be painful as he immediately dropped to the ground, clutching his face

As a result, a medical cart featuring a stretcher was driven onto the pitch to help attend to the player.

Fernandez was stretchered off the pitch shortly after and underwent several more checks with the club’s medical team.

The 31-year-old was deemed fit enough to continue playing and returned to the pitch to finish the second half of the game.

Nevertheless, it will take Fernandez some time to recover from the embarrassment as fans are flocking to social media to mock him. 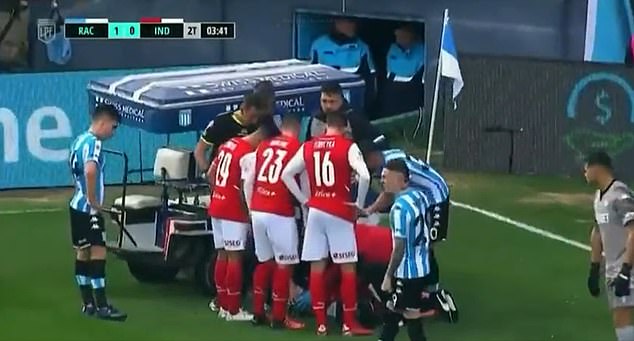 One fan took to Twitter to say: ‘It’s all fun and games until someone takes a trout to the mooey.’ Another one added: ‘And people thought aquaman wasn’t powerful.’

Gabriel Hauche scored in the ninth minute of the game and Racing Club managed to hold onto that lead until the final whistle. 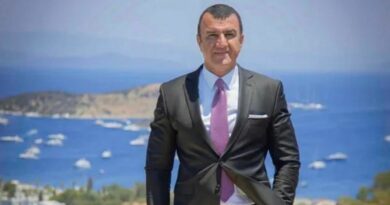 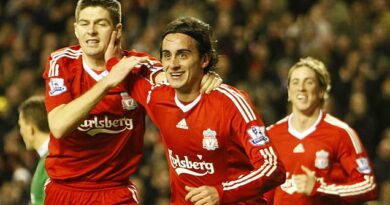 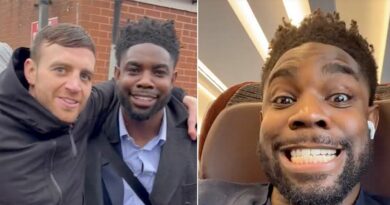