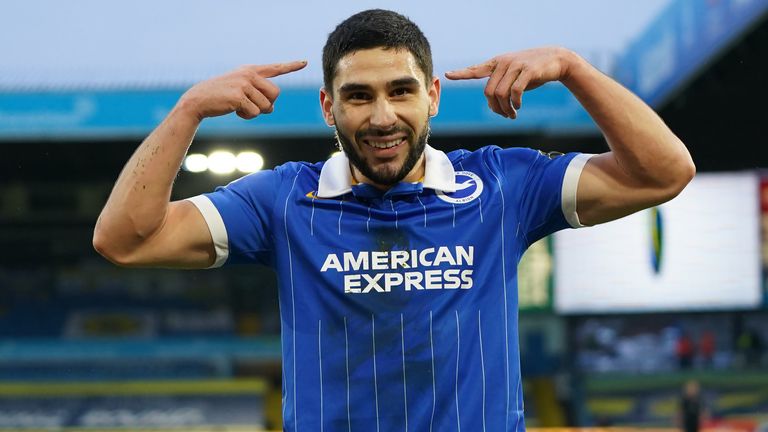 Report as Brighton win their first Premier League game since November; Neal Maupay has scored in each of his last three league appearances against Leeds and in his last two at Elland Road; Leeds failed to register a shot on target until the 63rd minute 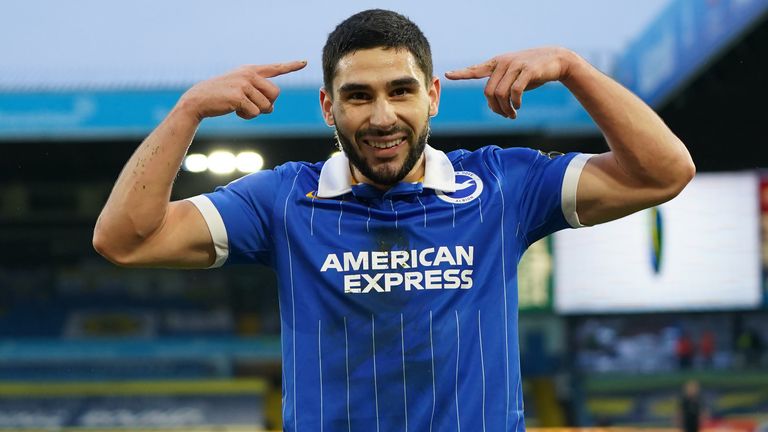 An out-of-sorts Leeds were haunted by Neal Maupay once again as his goal earned Brighton a 1-0 victory at Elland Road which ended their nine-game winless Premier League run.

Maupay tapped home the only goal of the game in the 17th minute after some superb Brighton play, and the striker has now scored more league goals against Leeds – four in five appearances – than against any other opponent in his English career.

Brighton could have added a second goal soon afterwards, but Maupay’s deflected cross off Luke Ayling’s foot hit the crossbar.

For the first time under Marcelo Bielsa, Leeds only managed one shot in a half of football during the opening period and although they were improved in the second half, they did not muster their first effort on target until the 63rd minute when substitute Tyler Roberts fired at the goalkeeper.