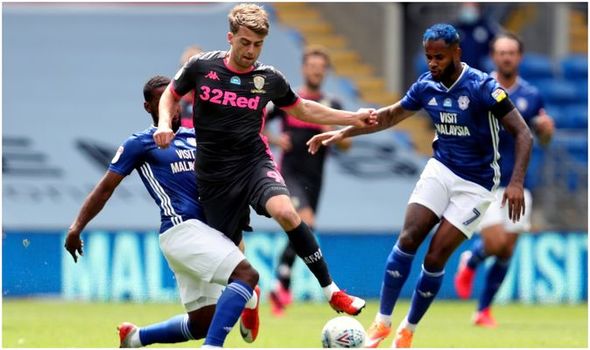 Leeds United fans were left fuming after Patrick Bamford accidentally blocked a goal-bound shot in their Championship defeat to Cardiff City. Marcelo Bielsa’s promotion-chasing outfit were beaten thanks to efforts from Junior Hoilett and Robert Glatzel either side of the break.

Hoilett gave Cardiff, who climb to seventh in the table thanks to the three points, with a stunning long-range effort after being gifted the ball by Kalvin Phillips.

Leeds could have gone in to the break on level terms after a slick move saw Tyler Roberts play the ball across the box for Jack Harrison to strike at goal only for Bamford to be in the wrong place at the wrong time.

Harrison’s shot struck the unlucky forward and the ball was gratefully collected by Alex Smithies after a mini scramble.

Leeds fans took to Twitter to lament the mistake.

“Bamford’s Cardiff block – key moment! This game has gone and now we have to get a result next week! If we lose next week then the capitulation could well happen!” said a second.

“What a save from bamford ffs,” commented a third.

While another added: “Bamford ffs! Get out the way!”

Bamford’s blunder proved costly as Cardiff made sure of all three points in the 71st minute thanks to a terrific effort from Glatzel.

Nathaniel Mendez-Laing picked up a sloppy pass from Liam Cooper and played the ball into the big striker, who took one touch to control before whacking it past Illan Meslier.

It was a disappointing afternoon for Leeds, who sit second in the Championship table as a result of West Brom’s draw with Birmingham City on Saturday.

The Whites’ seven-point advantage over Fulham in third remains, however, as Scott Parker’s side lost to fourth-placed Brentford at Craven Cottage on Saturday. 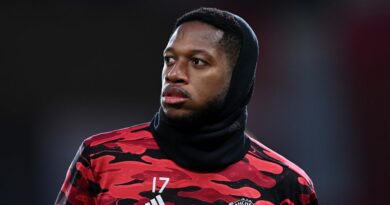 Romelu Lukaku: Inter Milan due in UK for talks with Manchester United