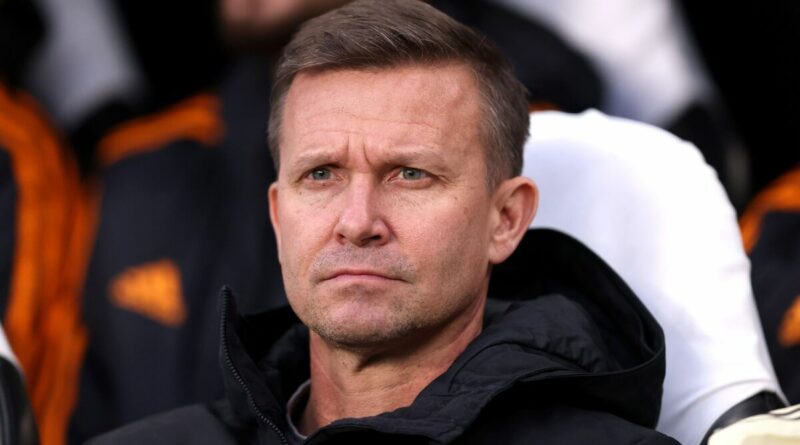 Leeds United boss Jesse Marsch could set out a new-look XI for the second half of the season with one January recruit already bedding in and two others in the pipeline. As the Whites look to scramble away from relegation danger, Express Sport takes you through how their starting line-up could look if their productivity continues this month…

The youngster has had a character-building experience during his time in Yorkshire with both Marsch and former manager Marcelo Bielsa playing adventurous brands of football. That has often left his goal vulnerable and exposed him to plenty of shot-stopping practice since making his Premier League debut in 2020/21.

Meslier is maturing into a promising goalkeeper and, at 6ft 6in, he has the frame to command his penalty area. It therefore comes as no surprise that Leeds aren’t looking to upgrade between the sticks this month.

Marsch has opted for a reshuffle at right-back in recent weeks with summer signing Rasmus Kristensen dropping out for Luke Ayling in an attempt to fix a leaky defence. The Whites are spoilt for choice in the centre of defence with Diego Llorente and Pascal Struijk both strong options, but club captain Liam Cooper and Robin Koch would likely get the nod.

Left-back has been a troublesome position for Leeds with Junior Firpo failing to convince and Struijk deputising. The £14million signing of Max Wober should help to combat that, however, and he could make a rapid impact as a player that Marsch knows well from his time at RB Salzburg.

If Azzedine Ounahi is signed this month, Leeds could kick on to the second half of the season with an entirely different midfield trio to those that played in 2021/22. The Moroccan World Cup star is reportedly the subject of a bid from Leeds but with Angers valuing him at a whopping £39.5million, it remains to be seen if they have enough cash to get the deal done.

Tyler Adams is a bundle of energy and tenacity in the middle of the park and he would be a prime candidate to anchor, with lively summer signing Brenden Aaronson poised to play in a more advanced central role behind the attackers.

Along with interest in Ounahi, Leeds are reportedly closing in on the signing of Hoffenheim forward Georginio Rutter. Personal terms are already thought to have been agreed and a deal is close to being struck with the Bundesliga outfit with the fee touted at £26.5m.

Normally a striker, Rutter can also play on the wing and has previously been compared to Bayern Munich star Serge Gnabry. He may have to shift out wide to accommodate red-hot frontman Rodrigo, who has scored 10 goals this season, while Italian starlet Wilfried Gnonto would be expected to complete the attacking trio.

Fernandes says Man United 'did everything wrong' in defeat to Istanbul 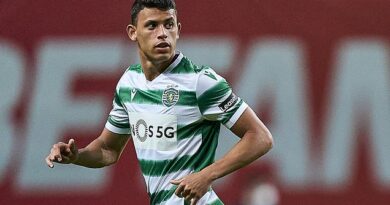 Liverpool PULL OUT of the transfer race to sign Matheus Nunes