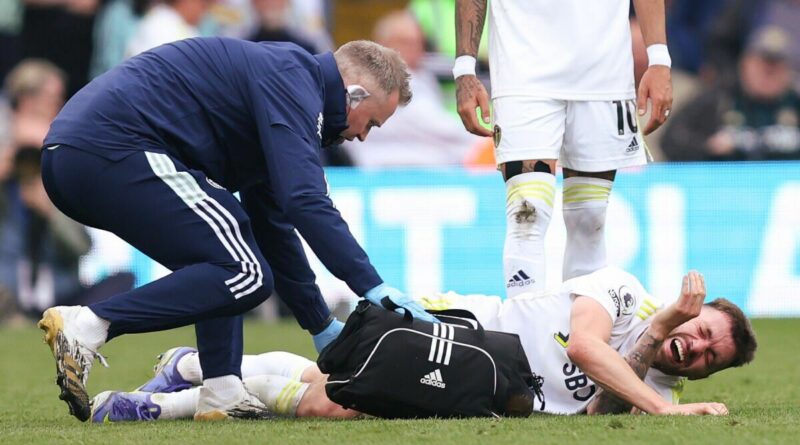 Leeds United star Stuart Dallas faces a hefty spell on the sidelines after suffering a fractured femoral bone, causing ‘significant damage to his knee cap’, the club have confirmed. The fan favourite was visibly in agony after going into a challenge with Jack Grealish in first-half stoppage time on Saturday, in a match Manchester City went on to win 4-0.

Dallas’ team-mates gathered round him in concern after the utility man immediately went down in distress following a freak challenge with Grealish. Whites boss Jesse Marsch confirmed after the match that early signs were not good, and further assessments have confirmed fans’ fears.

Leeds’ statement reads: “Stuart Dallas faces a lengthy period out of action due to a femoral fracture sustained in yesterday’s Premier League game with Manchester City. Stuart was kept overnight at Leeds General Infirmary and will now travel to London for surgery and further tests.

“It is impossible to put into words just how important Stuart is to Leeds United on and off the field. Anyone who knows Stuart, knows he will come back from this stronger than ever, and in the meantime, he is sure to make his presence known at both Thorp Arch and Elland Road.”

Dallas was stretchered off at Elland Road with the score at 1-0 after Rodri’s early header. In the second half, City stepped on the gas and goals from Nathan Ake, Gabriel Jesus and Fernandinho wrapped up the three points and fired them back to the top of the table. 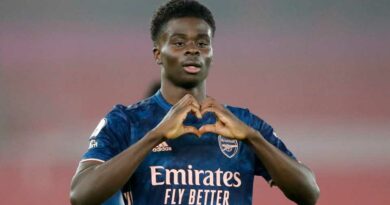 ‘It shows how exciting we can be!’ – Saka says Arsenal have real chance of winning Europa League after Slavia rout