Leeds have been tipped to sign a new No 1 this summer, after Kiko Casilla’s suspension.

The former Real Madrid goalkeeper was ordered to serve a lengthy ban, after being found guilty of racially abusing Charlton Athletic’s Jonathan Leko.

The club have been linked with a permanent transfer for loan signing Illan Meslier.

But, Leeds are now interested in signing Bournemouth star Ramsdale, according to Football Insider. 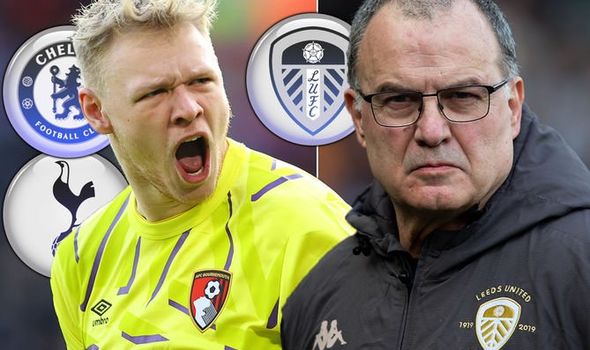 Leeds have been tracking Ramsdale for a number of years, and look set to finally make their move for the England Under-21 international.

Ramsdale is on the club’s shortlist if they get promoted to the Premier League this season.

The youngster is unlikely to make the move to Elland Road if the club are still playing in the Championship next season.

They also face competition from Spurs and Chelsea, who are both looking to bolster their goalkeeping options.

Tottenham boss Jose Mourinho wants to improve on Hugo Lloris, after his indifferent campaign for Spurs.

Chelsea, meanwhile, are unconvinced by Kepa Arrizabalaga, and Frank Lampard dropped the Spaniard for a full month earlier this season.

The back-up goalkeeper was signed on loan from Lorient at the start of the season, and has filled the void excellently in recent weeks. 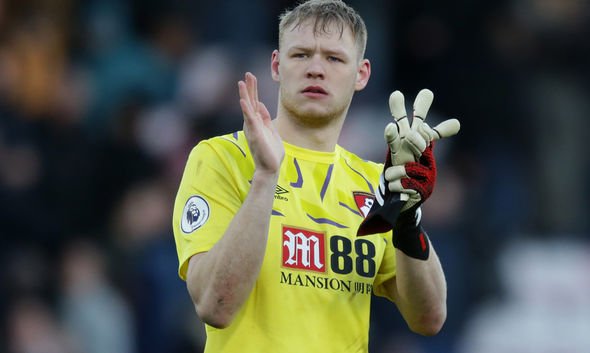 But, the Whites will likely need to improve on the youngster if they want to survive in the Premier League, according to former Leeds striker Noel Whelan.

“He has done okay but I think we need to sign a better goalkeeper,” said Whelan.

“I think we need to go in and try and find somebody that is going to be more consistent.

“Casilla might end up being number two; not a bad number two to have quite frankly.

“Keep Meslier at the club as one for the future, but once you have had a taste of first-team football, you want it every single week. It is whether he would be happy to be third-choice.

“If we get promoted we need to improve the spine of the side, it is an absolute must.

“You need quality through that spine and if you have not got that you are going to struggle.

“It is worth the money, getting a great goalkeeper.”