Leeds United were never going to settle for simply making up the numbers upon their Premier League return.

After 16 years in the wilderness, the Elland Road club wanted to make more of a statement than just finishing 17th and surviving. 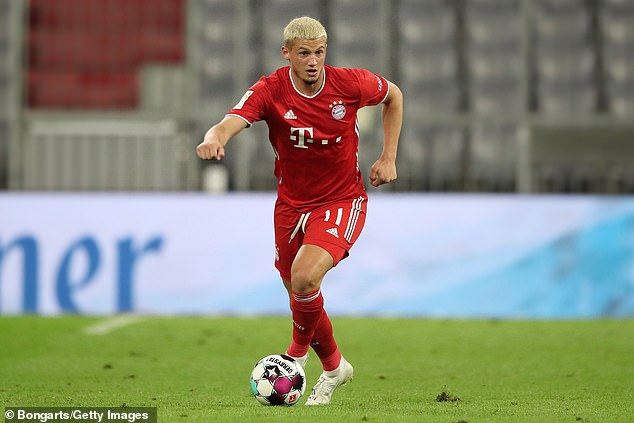 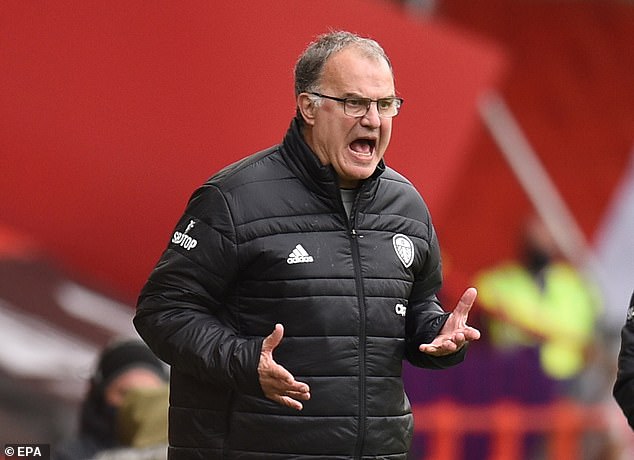 And it comes across in United’s summer transfer dealings as well, with the Bayern Munich midfielder Michael Cuisance set to become their eighth summer addition.

Perhaps this shouldn’t come as any great surprise after owner Andrea Radrizzani outlined his ambition to position Leeds on the shoulder of the Premier League’s wealthy elite.

‘The target in five years is to be behind the ‘Big Six’ [Liverpool, Manchester United, Manchester City, Chelsea, Tottenham and Arsenal]’, Radrizzani told the Financial Times this month.

‘If we can get there in terms of sports results and we have a very solid business… then we can be [worth] in the region of £600million-£1billion.’ 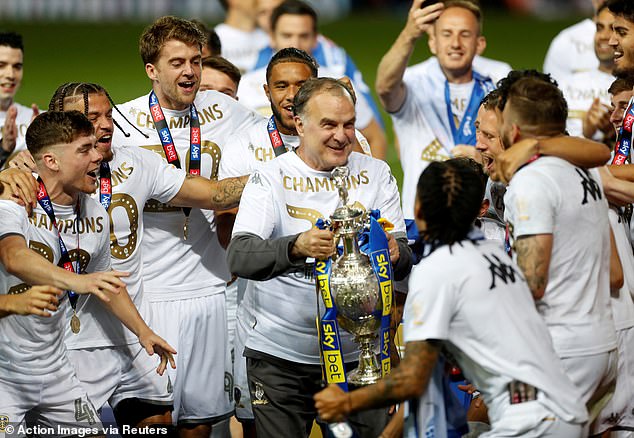 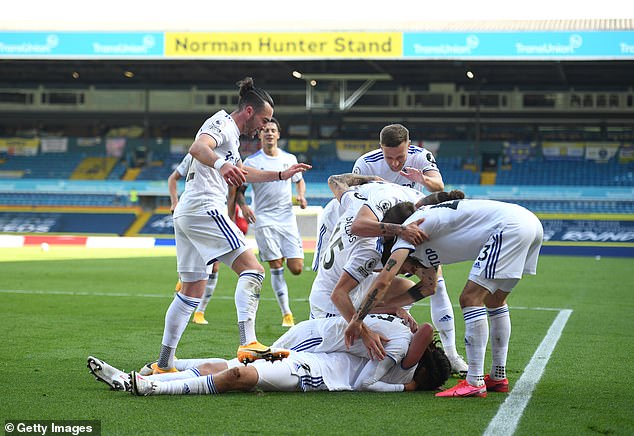 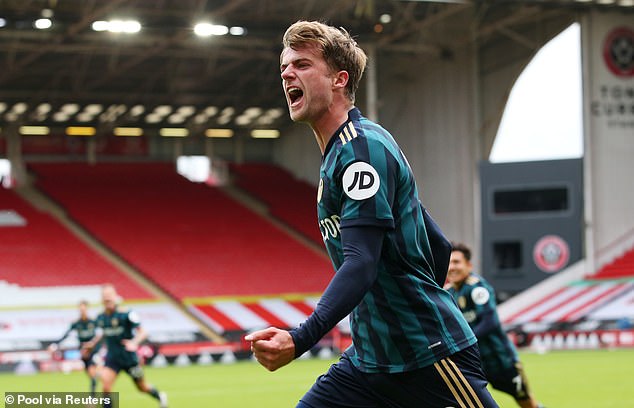 Such lofty targets are never going to be achieved by being meek or by abandoning the values that Bielsa has instilled over the past two seasons.

But some of their summer signings have still raised eyebrows.

French midfielder Cuisance, 21, wasn’t holding down a regular first-team place at Bayern but is nonetheless a footballer who has just won the Champions League.

Striker Rodrigo, 29, is a Spain international and a frequent goalscorer for Valencia over the last three seasons. Costing £27m, he is comfortably Leeds’ club-record signing.

Twenty-seven-year-old centre back Diego Llorente, bought for £18m, has also played for Spain and was a regular in LaLiga with Real Sociedad having learned his footballing craft in Real Madrid’s academy.

Leeds were in no doubt about the capabilities of winger Helder Costa, midfielder Jack Harrison and goalkeeper Ilian Meslier having had them on loan last season.

Costa and Meslier have been signed permanently while Harrison’s loan from Manchester City has been extended a year with an obligation to buy next summer at an increased £10m price.

Assuming the Cuisance deal is completed, Leeds will have spent just shy of £100m this summer as they return to top-flight competition.

And the expenditure has come despite Radrizzani predicting that playing matches behind closed doors for most of the season will mean revenues take a hit of between £30m and £40m.

However, this is offsetted against the fact the Yorkshire club’s Premier League return will net them £100m-a-season in boosted TV and commercial revenues, a major increase on Championship levels.

The sizeable transfer budget is also explained by the fact Radrizzani is open to outside investment in Leeds. 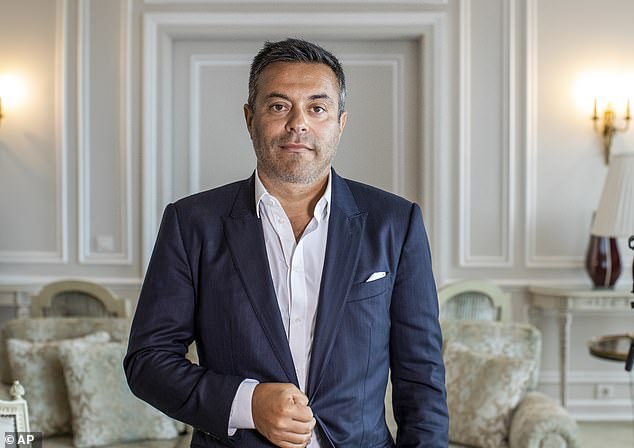 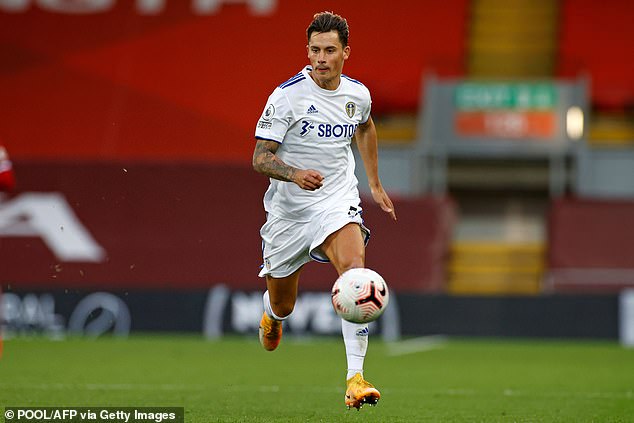 Defender Robin Koch, another summer signing, in action during the defeat by Liverpool

Though he has rejected takeover offers this summer, the Italian is willing to sell a minority stake in Leeds that could be worth up to £300m.

There was interest last year from Qatar Sports Investments, the owners of Paris Saint-Germain, and 49ers Enterprises, the investment arm of the San Francisco 49ers NFL team, which bought a 10 per cent stake in Leeds two years ago.

All of this combines to ensure Leeds can afford a £100m summer outlay to make them competitive in the Premier League but there are other factors at play.

Even though they’ve been away for a while, Leeds retain the prestige of being one of England’s foremost clubs.

Director of Football Victor Orta’s sales pitch is also made easier by the club’s ambition, upward trajectory and the chance to work with Bielsa.

Though the Argentine’s methods can be unorthodox to say the least and there is more than a hint of madness about him, Bielsa rarely fails to improve a player through his coaching. 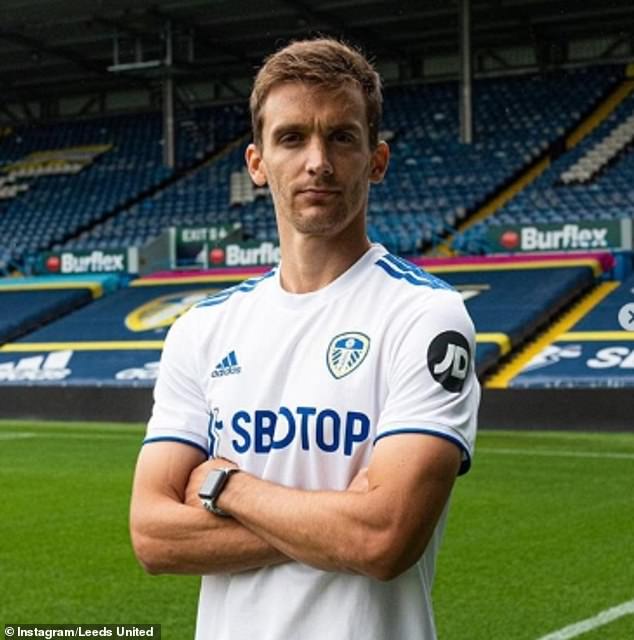 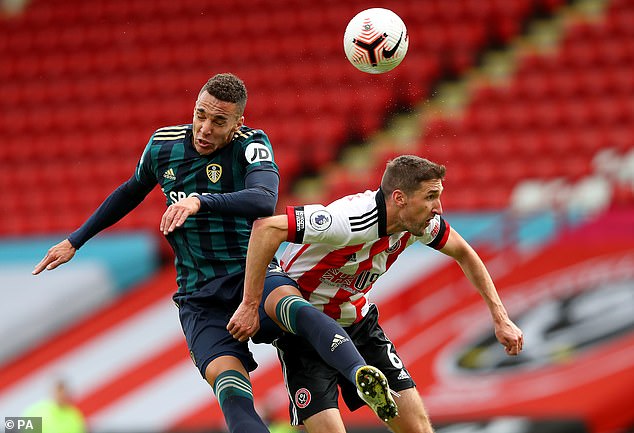 You sense that if Bielsa had his way, he’d keep the small but tightly-knit squad that won the Championship by 10 points last season.

But a balance had to be struck with new additions necessary to ensure Leeds were competitive in the Premier League.

Though £100m has been spent, there is so much more logic about the players brought in by Leeds than the oft-cited example of Fulham following their elevation to the top flight in 2018.

The London club adopted a scattergun approach to recruitment without any real strategy of continuity and the three managers they got through during a miserable season all failed to accommodate the new signings.

Bielsa has worked with a small squad in the Championship for the past two seasons with great success.

Last season, only 15 Leeds players started 10 or more Championship matches and two of those were goalkeepers. Meslier almost certainly wouldn’t have got there if not for Kiko Casilla’s eight-match suspension for racial abuse. 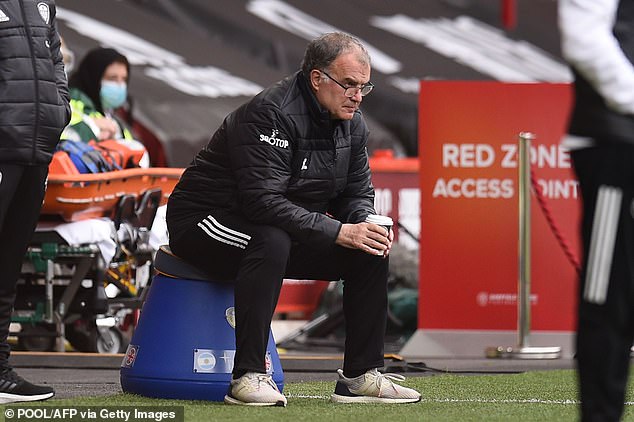 The small squad is remarkable given the Championship is a 46-game marathon and given the intensity of Bielsa’s style of football.

But the Argentine would much prefer a small group of players who are willing to listen and learn and faithful to his methods than a bloated squad with discontented fringe players.

Harmony is all important and any new additions – rigorously scrutinised by the meticulous Bielsa and his staff, of course – have to be the right fit. 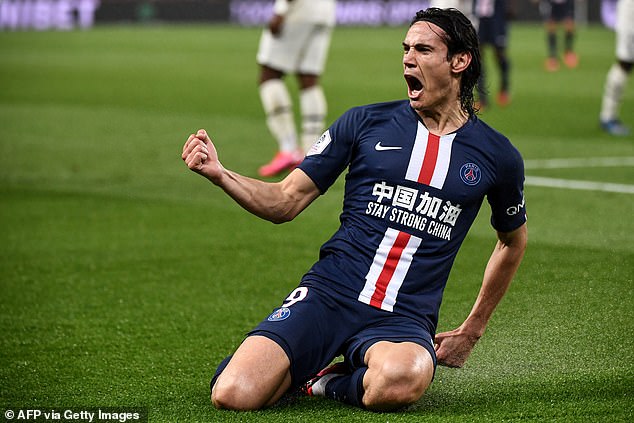 Bielsa was seemingly satisfied when Robin Koch signed from Freiburg for £11.7m to replace Ben White, who returned to Brighton after his loan.

Eventually he relented and allowed a second centre half – Llorente – to be brought in to ensure his squad was robust enough for the Premier League.

What is clear is that Leeds have made summer additions that have allowed them and Bielsa to remain true to themselves.

To spend £100m and preserve would be an achievement but only time will tell if Leeds sink or swim in the Premier League.