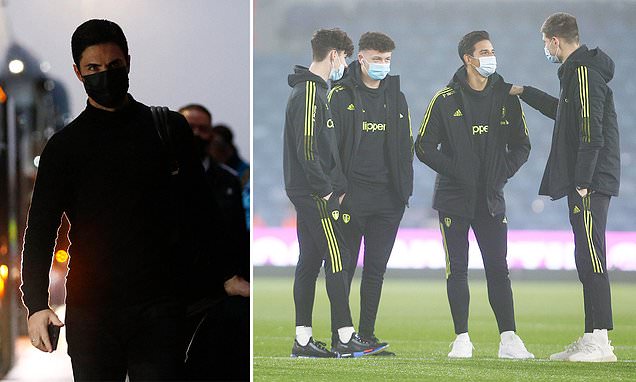 Leeds vs Arsenal LIVE: Follow all the action from Saturday’s ONLY Premier League game as the Gunners look to tighten their grip on fourth place against Marcelo Bielsa’s injury-hit side

The one and only Premier League game of a ravaged fixture list on Saturday takes place in Yorkshire as Leeds United host Arsenal.

Leeds are still smarting from a 7-0 drubbing at Manchester City on Tuesday night and will be looking to atone for that result. Meanwhile, Arsenal will look to cement their place in the top four with a win at Elland Road.

Follow Sportsmail’s Kieran Lynch for live Premier League coverage of Leeds vs Arsenal, including build-up, team news and updates. Kick-off is at 5.30pm.

In case you missed it, Leeds suffered yet another injury blow ahead of their visit of Arsenal after centre-half Charlie Cresswell dislocated his shoulder in training.

The England Under-21 defender was in contention to make just his second Premier League start against the Gunners.

But Cresswell has now joined an absentee list which has hit double figures, with Marcelo Bielsa’s squad down to the bare bones ahead of the busy festive schedule – if their games are not postponed!

Pierre-Emerick Aubameyang has been banished from Arsenal first-team training and will continue to be exiled from Mikel Arteta’s plans until the end of 2021 at the earliest.

The striker’s future at Emirates is looking increasingly bleak following the decision to strip him of the club captaincy on Monday, for what Arsenal called his ‘latest disciplinary breach’ after returning late from an agreed trip to France to collect his sick mum.

Sportsmail understands the 32-year-old has not been involved in first-team training at the club’s London Colney HQ this week, a development that casts further doubt over his future in north London.

These sides last played just two months ago in the EFL Cup with Arsenal taking a 2-0 victory at the Emirates thanks to goals from Calum Chambers and Eddie Nketiah.

Pierre-Emerick Aubameyang scored a hat-trick the last time they played in the league during a 4-2 victory for the Gunners in February.

Aubameyang not at Elland Road tonight after he was stripped off the captain’s armband – with Alexandre Lacazette again captaining the side. 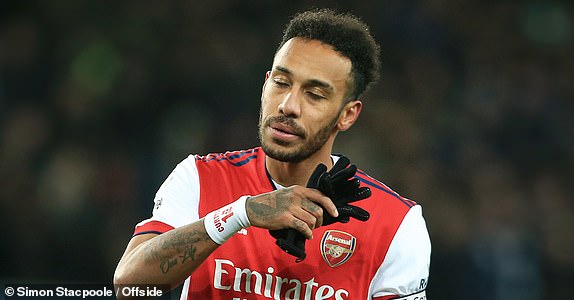 What a win it was for the Gunners mid-week over West Ham to go fourth in the table.

Goals from Gabriel Martinelli and Emile Smith Rowe sealed a convincing victory for Mikel Arteta’s side.

A victory today could push them four points clear of fifth place West Ham – though the Hammers along with Manchester United are not in action this weekend. 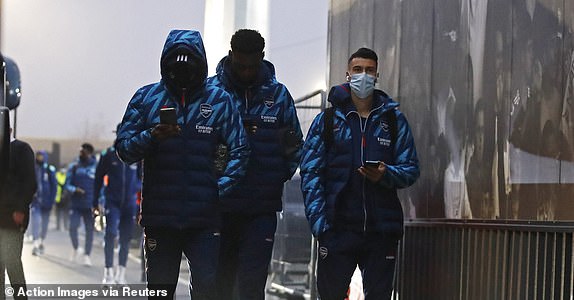 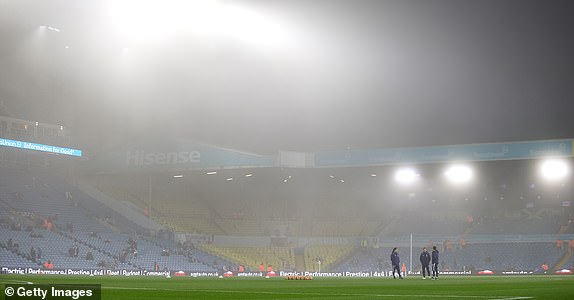 Jamie Shackleton, Diego Llorente and Daniel James are the latest to drop out with injuries  while Junior Firpo is out due to suspension.

Some positive news though is that Robin Koch makes his first appearance since the opening day of the season after recovering from a pelvic injury. 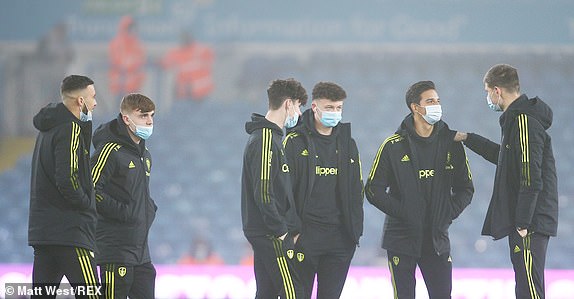 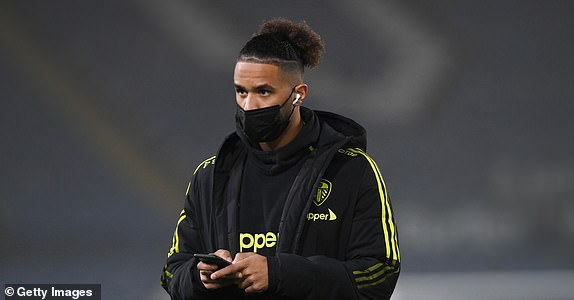 Strong team for Arsenal as they remain unchanged from their mid-week win over West Ham which is impressive going given the current circumstances in the Premier League!

Injuries create opportunities for others and it’s a big day for Cody Drameh who makes his first Premier League start at right-back. 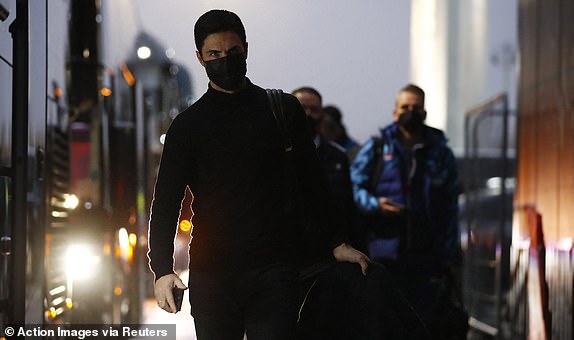 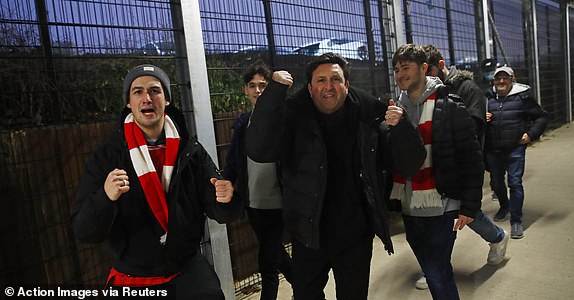 In the last game standing you probably wouldn’t blame Leeds for feeling slightly hard done by.

They are missing just as many players with injuries as other clubs are through Covid-19.

After their demoralising 7-0 defeat to Manchester City, a shock result today would be huge for the side in 16th place in the Premier League, ahead of a trip to Anfield on Boxing Day.

We will find out in about ten minutes time what side they are able to put out against Arsenal today. 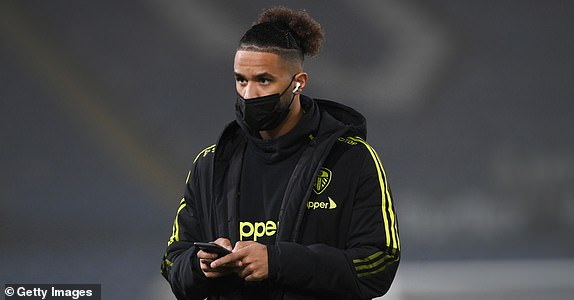 Before today the games between Manchester United and Brighton, Southampton v Brentford, Watford v Crystal Palace, West Ham v Norwich and tomorrow’s game between Everton and Leicester were all called off.

Then just two hours and twenty minutes before Aston Villa were supposed to face Burnley, the West Midlands side announce that their match too had been called off. Massive shame especially for the Burnley fans who had already arrived in Birmingham for the match. 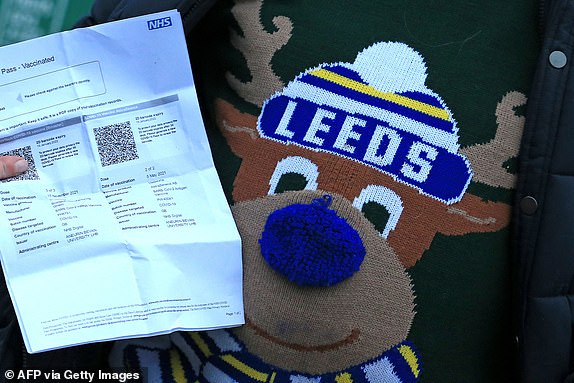 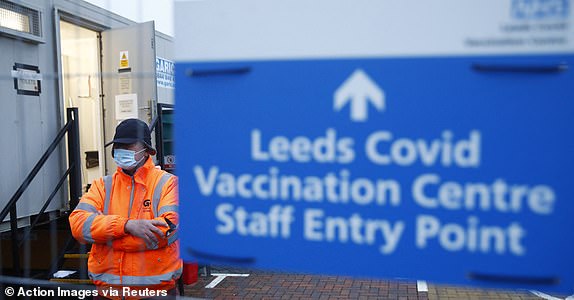 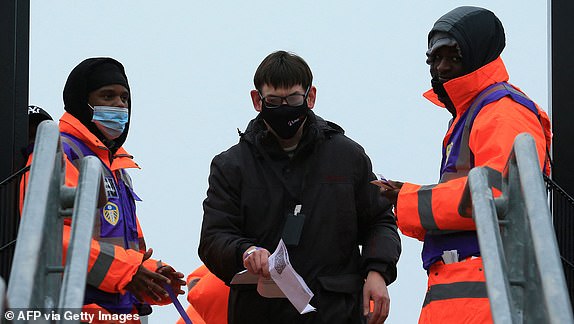 And welcome all to Sportsmail’s live coverage of tonight’s late and one and only kick-off of the day, as Leeds United host Arsenal.

Well unfortunately it’s felt like we’ve gone back in time with games getting postponed left, right and centre due to the current rise in Covid-19 cases – but we DO have a game which is still set to go ahead as planned with kick-off from Elland Road at 5.30pm.

Kieran Lynch with you today and I’ll be bringing you all the build-up, teams news and match updates. 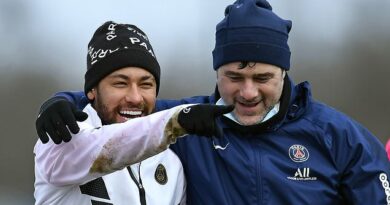 Neymar insists he has 'never been happier' at PSG 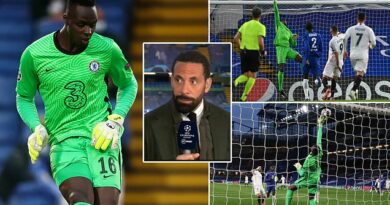