Leicester have opened talks with James Maddison over a new contract as the midfielder enters the final two years of his current deal.

As Sportsmail reported last month, Leicester are keen to ensure Maddison, the subject of two bids from Newcastle this summer, commits his future to them for the long term.

The Magpies had a £40million bid for Maddison rejected last month and it has been mooted that manager Eddie Howe is a huge admirer of the playmaker. 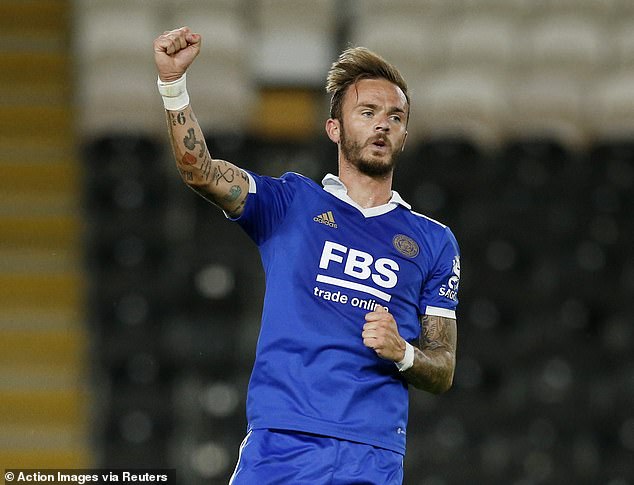 Maddison enjoyed a stunning campaign last term, notching 18 goals and 12 assists across all competitions – the best return of his career so far.

And Foxes boss Brendan Rodgers has revealed that there are ongoing talks regarding Maddison’s contract extension.

Asked whether there had been discussions between the two parties, Rodgers said: ‘I believe so, I believe they’ve spoken. Yeah, Jon [Rudkin, director of football] has spoken to them a number of times, yes.

“I’m pretty sure the club would want to do that [tie him down]. Both sides have to be able to find an agreement. 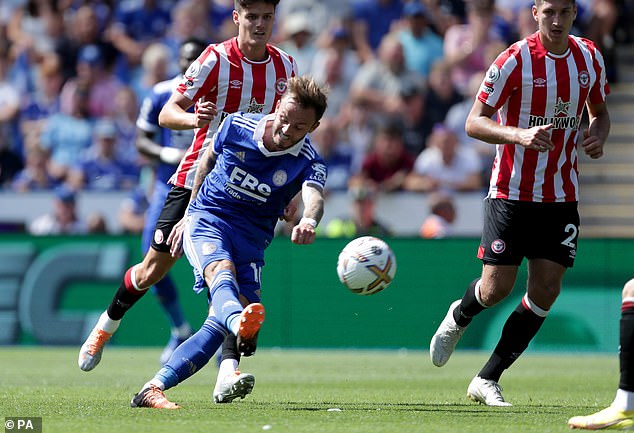 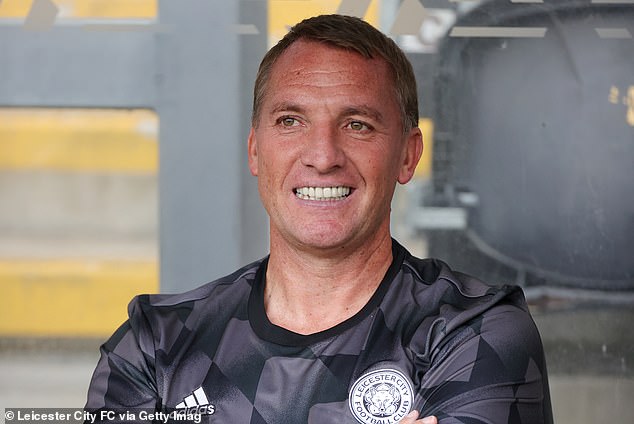 ‘With James, with two years left, naturally the club would want to protect the asset. But it works both ways.

‘But absolutely, he’s an outstanding player and of course, Leicester City would benefit from keeping him longer.’

The 25-year-old’s last contract renewal was in August 2020 and worth about £100,000, which pushed him closer to top earners Jamie Vardy and Kasper Schmeichel.

Schmeichel has left for Nice while Vardy, who is now in the last year of his contract, is also set to sign a new deal in the coming weeks. 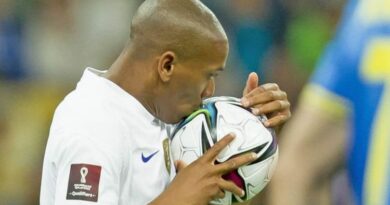 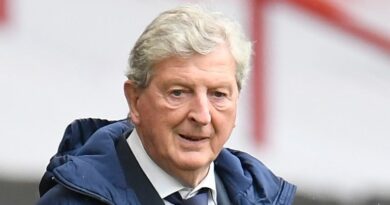