Kerim Derimbay and Emil Forsberg both scored screamers as RB Lepizig and Bayer Leverkusen shared the spoils in their Bundesliga encounter on Saturday.

In front of 6,000 Leverkusen supporters in the BayArena, Emil Forsberg crashed the ball in from the edge of the area off the cross bar to give Leipzig a 14th minute lead, but Derimbay’s equaliser six minutes later was even more spectacular.

The German attacker cut inside on his left foot and curled a superb effort past Peter Gulacsi in goal from 30 yards out. 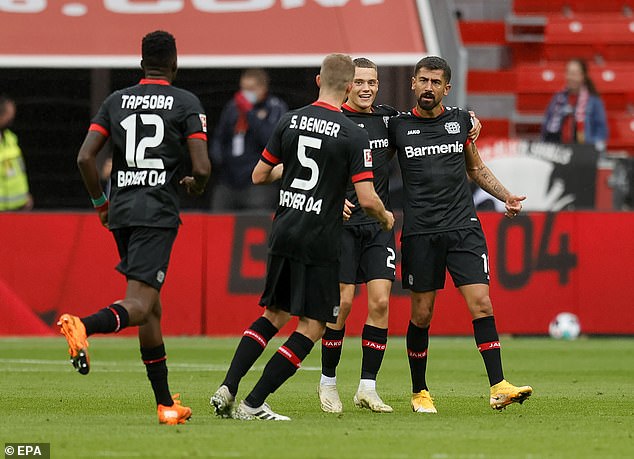 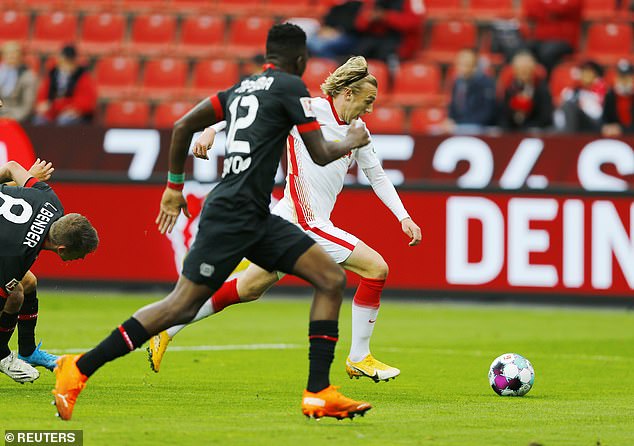 In a cagey second-half, Leverkusen striker Patrick Schick had the ball in the net with with 12 minutes to go but the linesman put his flag up for offside.

It is the first time Leipzig have dropped points this season, having beaten Mainz 3-1 in the opening day of the season, while Leverkusen are still without a win this season. 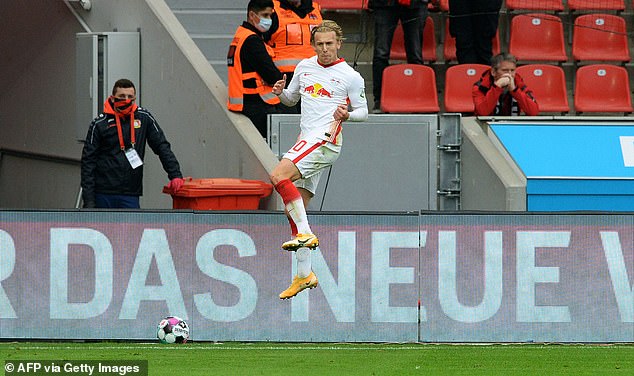 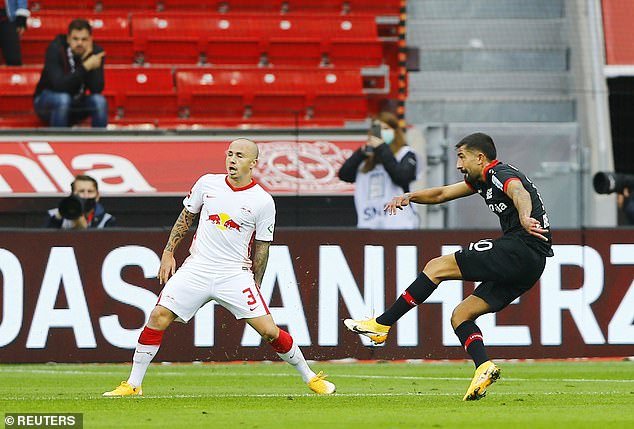 Six minutes later, Derimbay curled in a wonderful strike from 30 yards out to level the scores 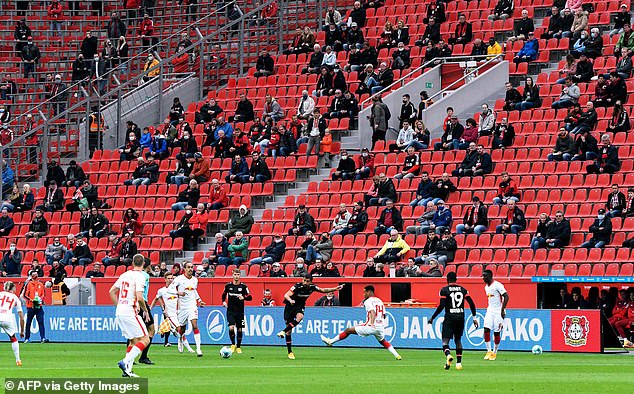 The match was played in front of 6,000 socially-distanced fans at the BayArena on Saturday

Miralem Pjanic 'has rejected offers from Chelsea and PSG'