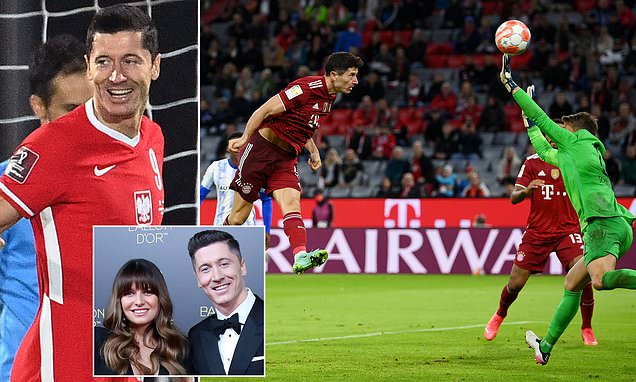 REVEALED: Robert Lewandowski ‘follows a ‘backwards eating’ diet overseen by his wife Ana and needs a special smell in his bedroom to sleep properly’ as the secrets behind the 33-year-old’s scoring prowess are revealed before Poland face England

Robert Lewandowski’s secret to goalscoring success is reportedly indebted to a fitness regime masterminded by his wife Anna – which includes a ‘backwards eating diet’ that sees him eat dessert first.

The Poland captain will be a dangerous opponent for England in Wednesday evening’s World Cup qualifier between the two teams, with the 33-year-old one of the top centre-forwards in the world today.

The forward has scored an incredible 108 goals in his last 87 games for club side Bayern Munich and has backed that up with nine goals in eight matches for his country this calendar year. 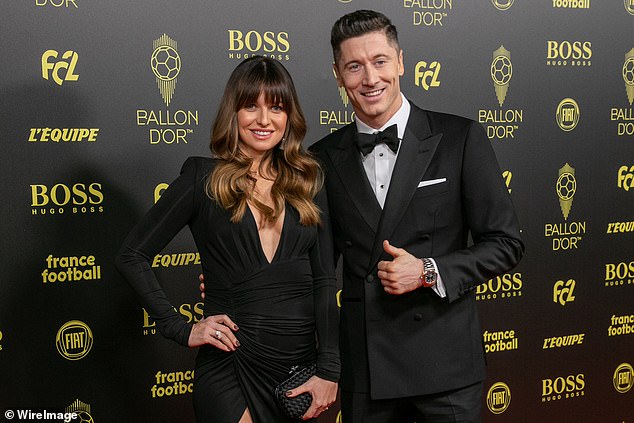 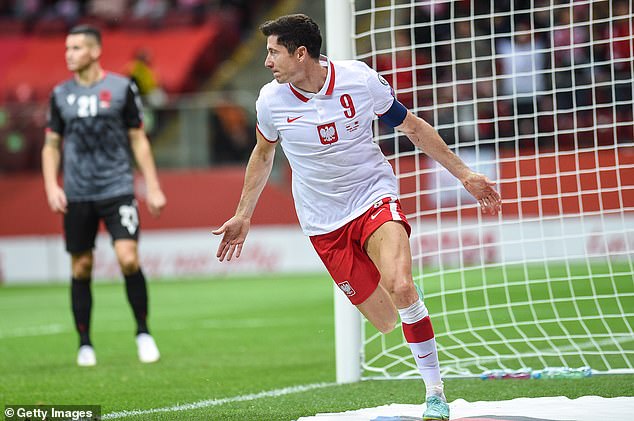 And according to The Times, Lewandowski’s wife – a Karate World Cup medallist and fitness instructor – helps him continue this goalscoring form through a special diet and living conditions that keep him at the top of his game.

The ‘backwards eating’ diet sees the Polish striker and his wife have a sweet treat first at meal times, most likely a brownie but only one made from pure cocoa. This is followed by rice with meat or fish from select producers, with the meal rounded off by a starter-type option of salad or soup.

Types of food not allowed in this diet include any kind of fried or fast food, cow’s milk or lactose and wheat flour. That means there is a lot of vegetable spaghetti, millet and oat porridge in their weekly food plans. 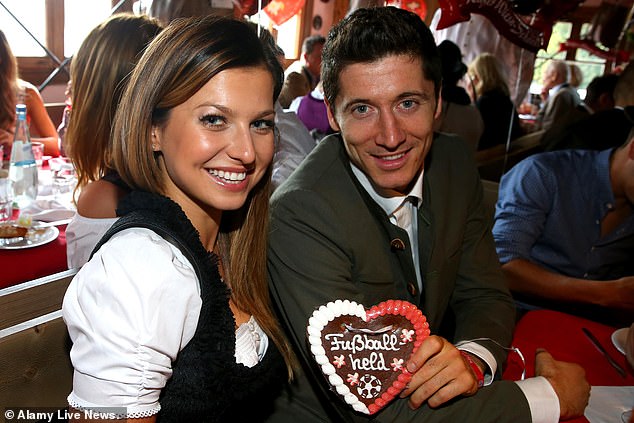 Lewandowski’s diet sees him eat dessert first, then a main course, followed by a starter

Anna is not the only person who helps the striker with his preparations away from the pitch. The couple both have a sleeping coach to help them get the rest they need inbetween their schedules.

There is no blue lights or TV screens allowed in their bedroom, while special scents are placed in their resting areas, which is no warmer than 21 degrees celsius. The couple also have a special mattress that helps them get their much-needed shut eye.

England manager Gareth Southgate has admitted this week that he is preparing ‘specific’ tactics in order to combat the threat of Lewandowski, who has seven goals in five matches already for Bayern this season. 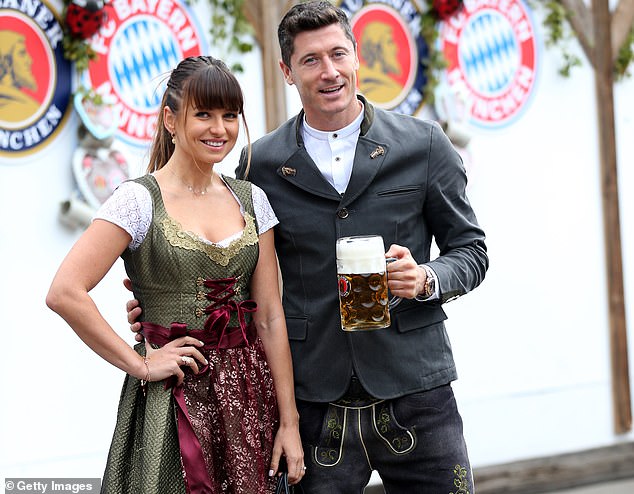 The Three Lions boss said: ‘We know that he is one of the best finishers in European football so we’ve got to prepare for what he brings to the team but we also know they have other strong players.

‘Yes we prepare for some specifics around Lewandowski but the whole team we’ve got to be ready for.’

‘Do all my stuff with Marge [Martyn Margeston] and the other keepers and be 100 per cent on the training pitch and lay it into the game come match day. 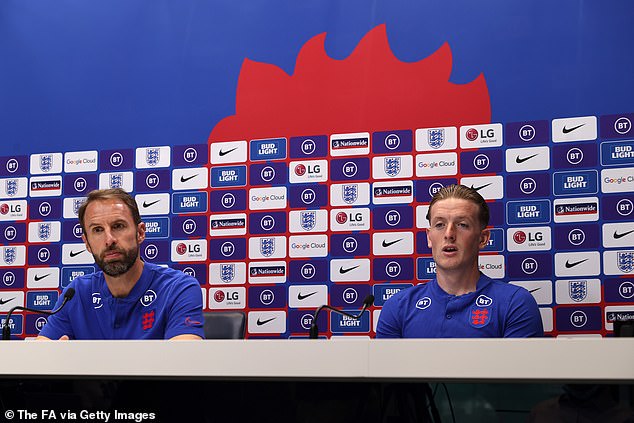 ‘We know they’re a top side and he is a top striker so we’ll focus on certain areas in goal and be ready for anything really.’

Poland manager Paulo Sousa admits that Lewandowski needs to do more than necessary at international level than with Bayern, due to the gulf in class between the forward and the rest of his Polish team-mates.

‘We want to compete against the best but know we don’t have the same level as England. If they lose a player, they have two or three of the same level. Here it’s just Robert,’ said a candid Sousa. 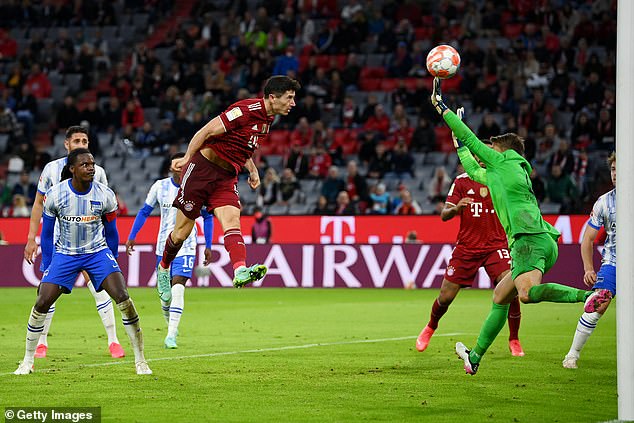 Lewandowski has been in incredible form for Bayern, scoring 108 goals in his last 87 games

‘As a manager, you talk about the team but it’s true there is a big difference between Robert’s level and the others. We approach the best way to deal with it and Robert understands because he is a great leader and loves his country.

‘He knows with the national team he needs to do four, five, six times more than he does at Bayern. Pushing all the time, scoring goals, interactions with others.

‘His header against Albania was something we worked on at the training ground the morning of the game. It was fantastic to see the teamwork. When we have the quality of Robert on the pitch, anything can happen in our favour.’