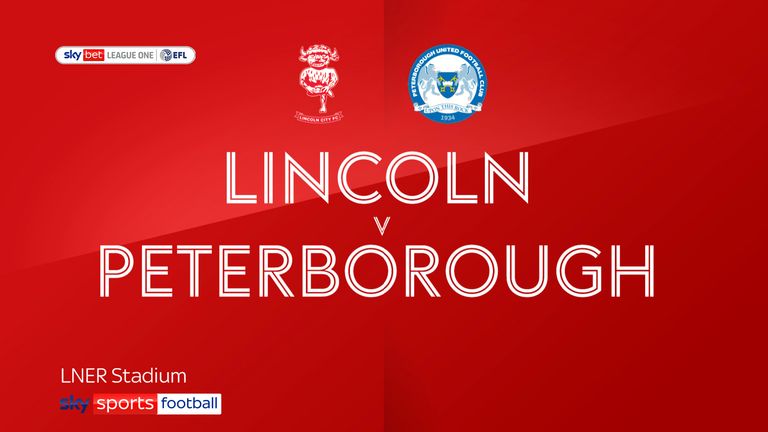 Jorge Grant missed a penalty as leaders Lincoln had to settle for a 1-1 draw against 10-man Peterborough.

The visitors dominated the early stages and it was no surprise when they took the lead on 10 minutes, albeit in slightly fortuitous fashion.

Jonson Clarke-Harris’ shot was cleared off the line by Adam Jackson, hit the back of TJ Eyoma and bounced into the net.

For City, Brennan Johnson fired over after showing great pace and strength to get away from the Posh defence.

Remy Howarth also shot over after being supplied by Grant, who hit the side-netting with a free-kick shortly before the break.

The Imps levelled four minutes into the second half. It was another messy goal as a corner hit Mark Beevers and fell into the path of Anthony Scully, who swept home.

The Imps continued to pour forward and were given a golden chance to take the lead midway through the second half.

After a handball by Nathan Thompson, the defender was sent off for receiving his second yellow card.

However, Grant let Posh off the hook by putting the spot-kick wide.

John Stones determined to prove himself at Manchester City