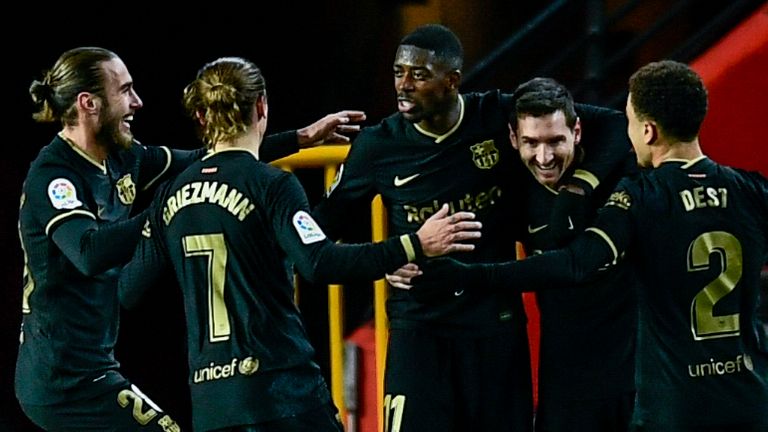 Antoine Griezmann and Lionel Messi each scored twice as Barcelona moved third in La Liga with a comfortable 4-0 win at Granada, extending their unbeaten run to eight games.

Granada had an early chance when Antonio Puertas’ shot was tipped over by Barca keeper Marc-Andre ter Stegen.

Barcelona, though, were soon ahead when Griezmann slotted home in the 11th minute. The Frenchman was in an offside position but the goal was given as Granada forward Roberto Soldado sliced the ball to him.

Messi doubled Barcelona’s lead in the 35th minute. Griezmann turned provider with a forward run into the Granada half before feeding the Barcelona captain, who placed a shot into the top corner.

The Argentina playmaker all but wrapped things up two minutes before half-time with a well-taken free-kick.

With a defender on the floor behind the wall, Messi instead shot low into the far corner on the other side of the goal which saw him become La Liga’s top scorer this season on 11.

Granada looked to regroup at the break and had another opening early in the second half, but Ter Stegen saved Puertas’ shot from just inside the penalty area. Frenkie De Jong sent a shot over the crossbar after running to the edge of the Granada penalty area.

It was 4-0 in the 63rd minute when Griezmann collected a pass from Ousmane Dembele to send an angled half-volley into the net. 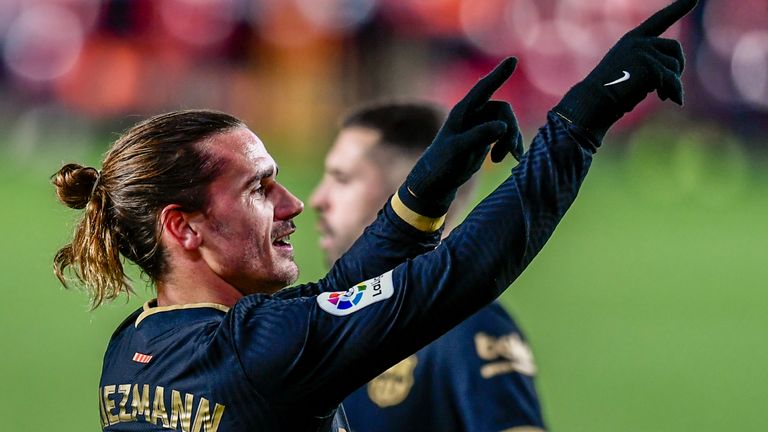 With the job done, Barcelona boss Ronald Koeman gave Messi a rest as Martin Braithwaite came on for the closing stages.

In the 78th minute, Granada had substitute Jesus Vallejo sent off for tripping Braithwaite on the edge of the penalty area. The Denmark forward almost added a late fifth, but fired just wide after being picked out by Junior Firpo.

Youssef En-Nesyri scored a hat trick as Sevilla beat Real Sociedad 3-2 in a thriller that featured four goals in the opening quarter of an hour.

En-Nesyri opened the scoring in the fourth minute from a pass by Fernando. Just one minute later, an own goal by Sevilla’s Diego Carlos came when he attempted to knock the ball away from Aleksander Isak.

While his first goal was a simple tap into an open net, En-Nesyri’s second goal in the seventh minute was a work of beauty. The Morocco striker dribbled past three defenders before beating the Sociedad goalkeeper with a low strike.

Isak then made it 2-2 from a corner kick that reached him unmarked at the far post. But En-Nesyri netted the winner in the 46th minute, after firing in a low cross by Lucas Ocampos. 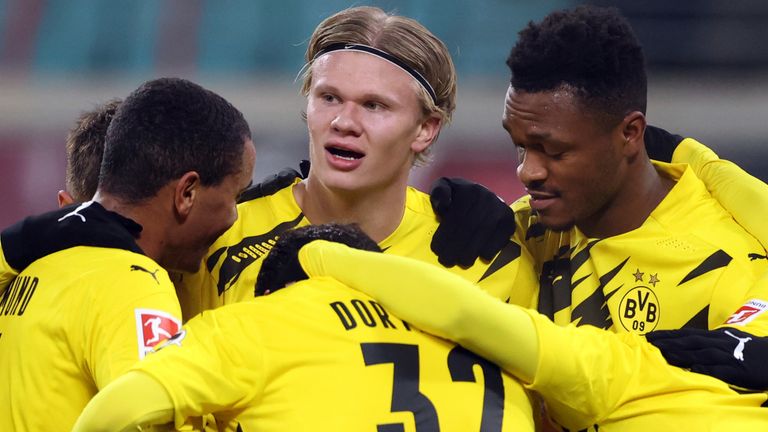 Erling Haaland scored twice for Borussia Dortmund to deny RB Leipzig top spot in the Bundesliga with a 3-1 win.

Leipzig was hoping to take advantage of Bayern Munich’s 3-2 loss at Borussia Moenchengladbach on Friday but remain a point behind the league leaders after slumping to their first home defeat of the season.

Neither side impressed in a cagey first half before Dortmund seized the initiative in the second. Jadon Sancho followed up his first league goal of the season against Wolfsburg last weekend with the opener in the 55th minute. Marco Reus set up Sancho with his heel and the England forward fired inside the left post.

Haaland struck the crossbar and Dani Olmo responded by hitting the post for Leipzig.

Haaland went one better in the 71st minute when Sancho set him up to score with a header after some fine team interplay from Dortmund. Then Reus sent the Norwegian through to round goalkeeper Peter Gulacsi and seal the win late on. 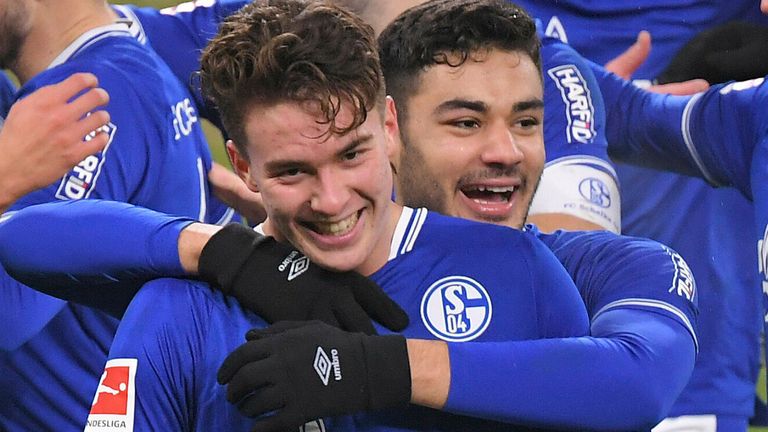 Substitute Alexander Sorloth’s 89th-minute strike was too little, too late for Leipzig. Dortmund climb to fourth, three points behind RB Leipzig, after their third win in four games under new coach Edin Terzic.

Schalke’s 4-0 win over visiting Hoffenheim ended their 30-game wait for a league win. Tasmania had gone 31 straight games without a win during the 1965/66 season. 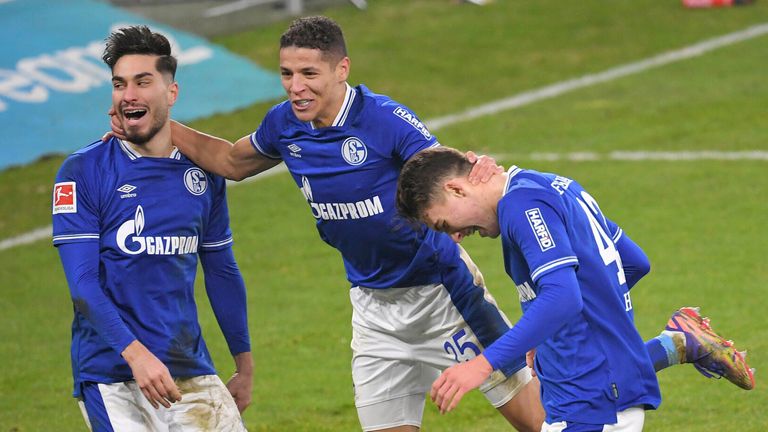 The 19-year-old Hoppe had not scored before for Schalke, but he opened his account with a brilliant chip over Oliver Baumann in the 42nd minute, then rounded the Hoffenheim goalkeeper, before completing a game to remember with his third goal in the 63rd minute. All three were set up by Amine Harit, who rounded off the scoring late on.

Serie A – Wins for Atalanta and Genoa

Josip Ilicic appears to be back to his best after inspiring Atalanta to a 4-1 win at Benevento in Serie A.

Ilicic scored Atalanta’s opener, hit the post and had a hand in another two goals for Rafael Toli and Duvn Zapata after Marco Saus equaliser. Luis Muriel netted a spectacular fourth for Atalanta.

Genoa moved out of the relegation zone after beating Bologna 2-0.