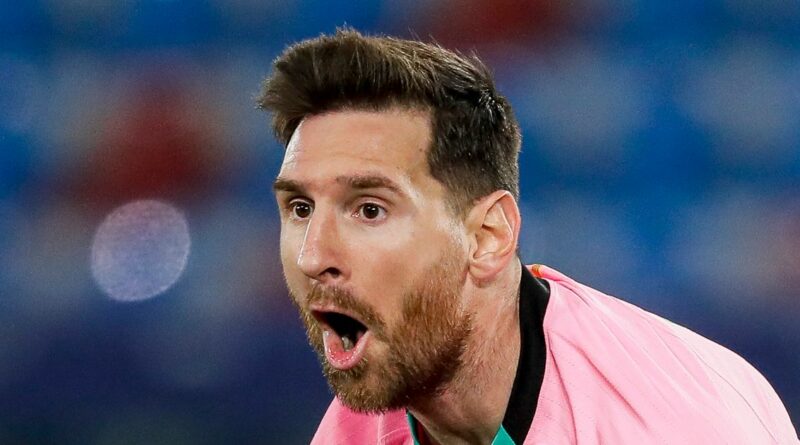 Lionel Messi has reportedly held ‘serious talks’ with David Beckham over a move to Inter Miami.

The 33-year-old is out of contract Barcelona later this month but is set to sign a new two-year-deal which will keep him at the Nou Camp until 2023.

He is then expected to move to the United States, where Inter Miami are considered the frontrunners for his signature.

And the latter of the quintet has dropped a huge hint that Messi could be on his way to the sunshine state when his new Barcelona contract runs out.

Speaking to the Miami Herald, Jorge Mas said: “David and I have been working really hard, we have aspirations of bringing the best players here and Leo Messi is a generational player, arguably the best player of all time.

“I am optimistic Messi will play in an Inter Miami shirt because I think it will complete the legacy of the greatest player in our generation and will meet with the ambitions of the owners of Inter Miami to build a world class team.”

Messi recently purchased a $7million condo in the Sunny Isles Beach area of Miami, and the forward has never been shy in his desire to one day relocate to the United States.

Do you think Lionel Messi will join Inter Miami in 2023? Let us know in the comments section.

Last year he told Argentine press: “I always said that I have the impression that I would like to enjoy the experience of living in the United States, of living in that league and that life.

“But if it happens or not I don't know.”

Should Messi join Inter Miami, he is expected to remain with the club for two seasons before returning to Barcelona for six years in an as-yet-to-be determined ambassadorial capacity.

READ MORE: Where cast of Mike Bassett England Manager are now from Tonka and Wacko to Corrie star

Football: Werner scores twice for Chelsea to open accounts but Saints fight back for 3-3 draw

Manchester City transfer news: What to expect from Pep Guardiola on deadline day