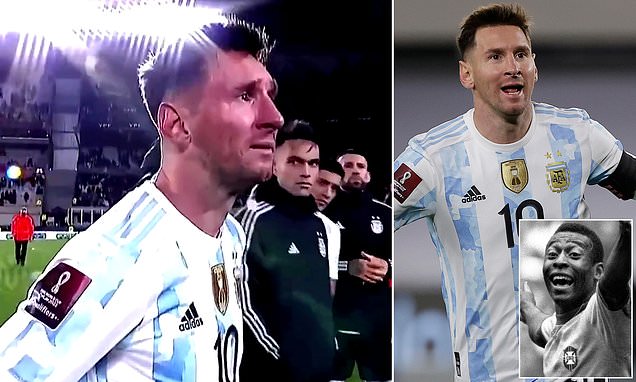 Look at what it means to him! Lionel Messi can’t hold back the tears as emotional Argentina star celebrates Copa America success in front of home crowd after breaking Pele’s South American goal record

The 34-year-old netted all the goals at Argentina’s 3-0 win against Bolivia in World Cup qualifying, and now has 79 for the national team.

Messi recorded his tally in 153 caps for Argentina, while Pele netted his 77 in 92 official matches for Brazil. 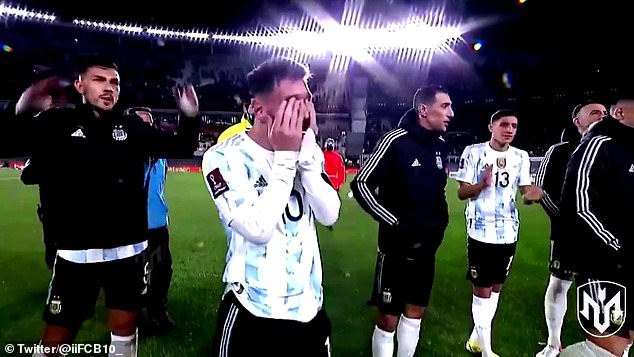 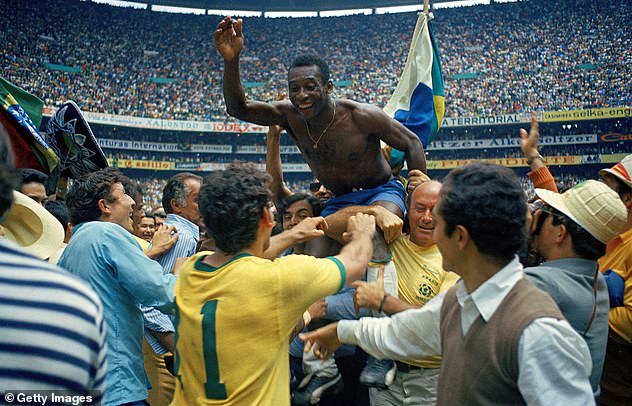 Pele is one of football’s all-time greats, winning the World Cup three times with Brazil

In front of about 20,000 fans in Buenos Aires, the six-time Ballon d’Or winner matched Pele when he opened the scoring in the 14th minute with a shot from outside the box.

He then broke the record in the 64th minute after he dribbled past the Bolivian defence before scoring.

The Argentine completed his hat-trick with a rebound two minutes from the end. 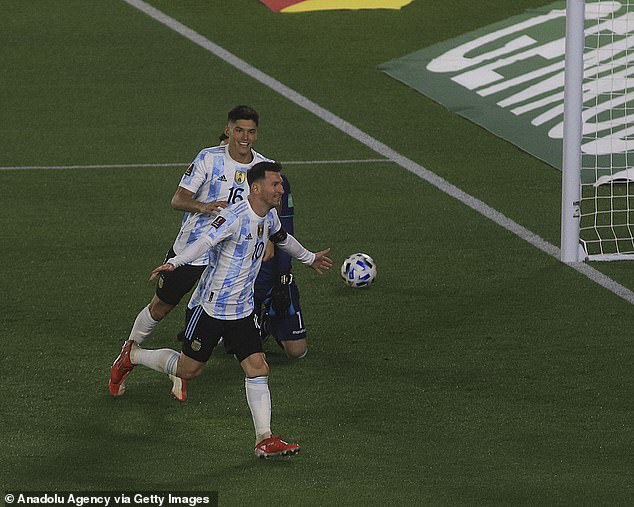 Messi couldn’t hold back his tears as he celebrated Argentina’s Copa America win after the game.

The captain lifted the trophy in front of home fans, who were allowed to attend after a 20-month pause caused by the COVID-19 pandemic.

‘I waited a lot of time for this, I sought this, I dreamed about this,’ he said. ‘It is a single moment because of the way it happened, after so much wait.’ 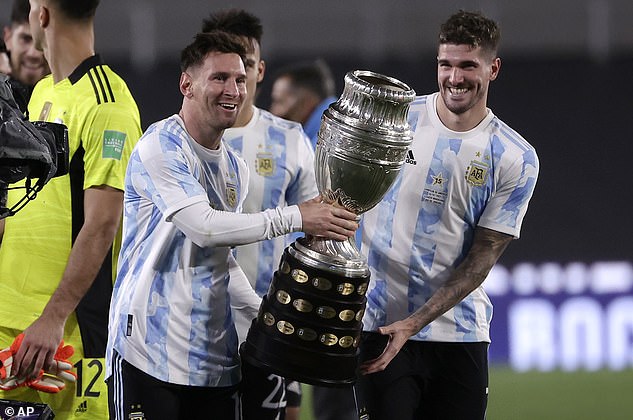 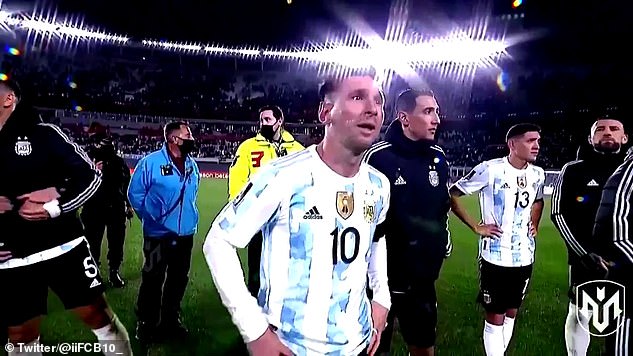 ‘There was no better way to celebrate than being here,’ he added. ‘My mom, my brothers are here in the tribunes… They suffered a lot and today they are here celebrating. I am very happy.’

Messi had a troubled relationship with the national team, with a series of hurtful defeats in World Cups and Copa Americas, until he led the team to the continental title against Brazil in July.

It was his first major title with Argentina and the end to the country’s 28-year title drought.

Messi’s PSG team-mate Neymar sits behind his countryman Pele in third on the South American goal scorers list with 68. 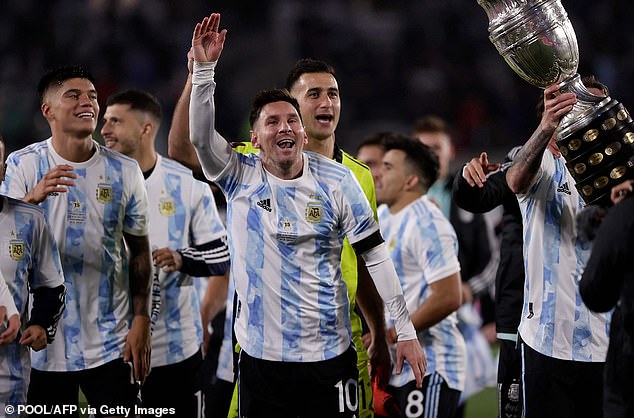 Earlier this week, three-time World Cup winner Pele revealed he has been in hospital to remove a tumour in his colon but the 80-year-old insisted he was feeling ‘very well’.

The icon has been in hospital for six days and underwent surgery on Saturday.

Argentina’s international break hasn’t solely been a cause for celebration as four members of the Argentina squad were deported from Brazil last week.

Brazilian public health agents and federal police officers invaded the pitch during Brazil and Argentina’s World Cup qualifier and had the game abandoned inside 10 minutes.

As reported exclusively by Sportsmail last week, Argentina are accused of falsified documents, failing to declare the four players had come from the UK and therefore risked deportation or at least quarantine, in line with Brazilian Covid protocol. 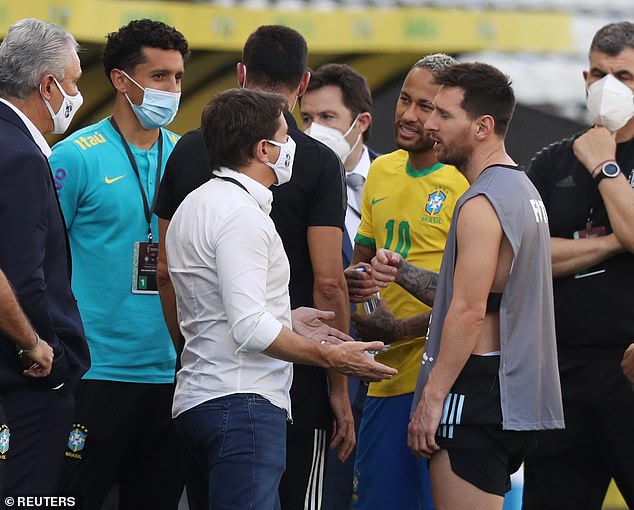 Messi and Brazilian ace Neymar, who are team-mates at PSG, argued with the officials 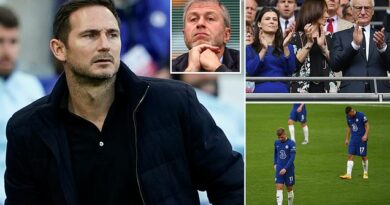