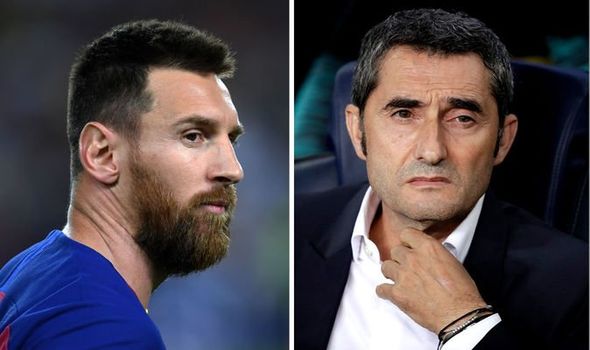 Barcelona went 1-0 down against Antonio Conte’s Inter Milan early in the game, before turning the tie around to get their first home win in the competition this year.

Barcelona got off to the worst possible start, as Lautaro Martinez scored the opener after a minute of the game.

The Argentine was allowed to pounce on a loose ball, before firing past Marc Andre-Ter Stegen.

Inter Milan looked set to pile on the misery for Ernesto Valverde, who is currently under severe pressure in Catalonia, but Lionel Messi played a key role in helping Barca fight back to a 2-1 win.

Luis Suarez grabbed a double, as Barcelona picked up their first Champions League win of the season.

With Barcelona currently second in their group – tied on points with Borussia Dortmund – and fourth in La Liga, fans have started to turn on Valverde.

There have been reports this season suggesting that all is not well in Barcelona, with fans unhappy with the way Valverde is setting up his team.

But Lionel Messi played down any talk of unrest, saying that there are no problems in the dressing room. 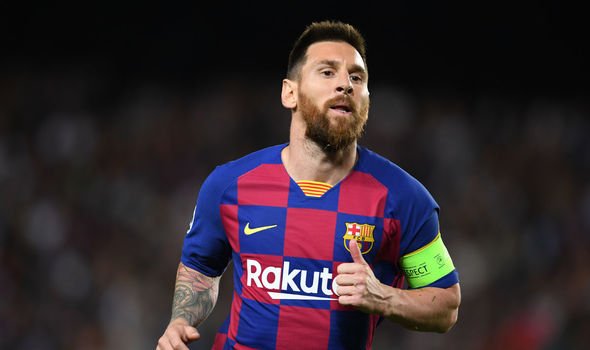 “There is a good relationship in the dressing room,” he said. “We have a very united group.

“We had trouble getting going in this game but we are getting better.”

The win over Inter Milan also marked the first time Messi has played 90 minutes this season, having suffered multiple injuries.

He was late to return to the team after suffering a foot injury, before an adductor problem kept him out for another week at the end of September. 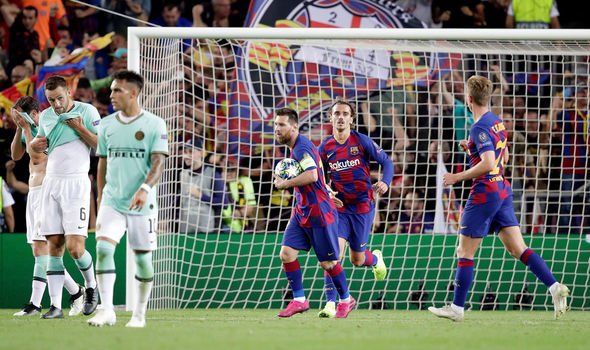 And the Argentine told reporters post-match that he is happy to be back, and said that he will gradually start building up his minutes as the year progresses.

“I am still getting started,” Messi said.

“This the first time that I have completed 90 minutes.

“As the season goes on I will gradually let loose.”

Man Utd signing Bruno Fernandes and resurrection of two stars has disrupted transfer plans
We and our partners use cookies on this site to improve our service, perform analytics, personalize advertising, measure advertising performance, and remember website preferences.Ok