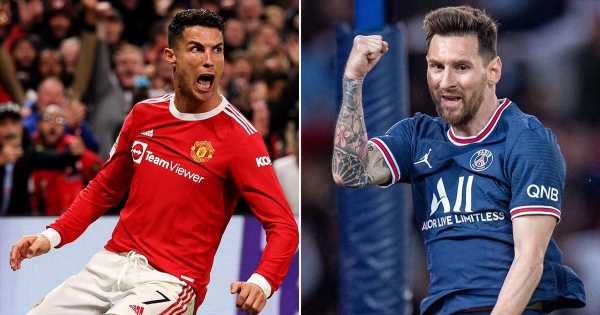 Lionel Messi has pipped Cristiano Ronaldo to be named the world's most valuable footballer over the age of 34.

Paris Saint-Germain star Messi, 35, didn't tear up any trees at Parc des Princes last season following his blockbuster summer move from Barcelona. But he still chipped in with 11 goals and 15 assists in 35 appearances for the French giants.

Those stats, combined with his residual value – he is Lionel Messi, after all – are enough to see him claim top spot on a new list ranking the most valuable footballers over the age of 34. According to figures taken from transfermarkt and published by Marca, Messi is still worth a whopping £45million.

That puts him well clear of nearest challengers Karim Benzema and Cristiano Ronaldo, who are both considered to be worth £27million.

Ronaldo scored 24 goals on his return to Manchester United last summer – 13 more than Messi at PSG – but it wasn't enough to move him closer to the mercurial Argentine in terms of market value. Benzema, on the other hand, registered 44 goals and 15 assists as Real Madrid landed a La Liga and Champions League double under Carlo Ancelotti.

Veteran Bayern Munich stopper Manuel Neuer came fourth on the list with a market value of £13.5million, with Old Trafford flop Angel Di Maria next at £10.80million. United probably wish they'd paid that for him in 2014.

Do you think Lionel Messi is more valuable than Cristiano Ronaldo? Let us know your thoughts in the comments section below.