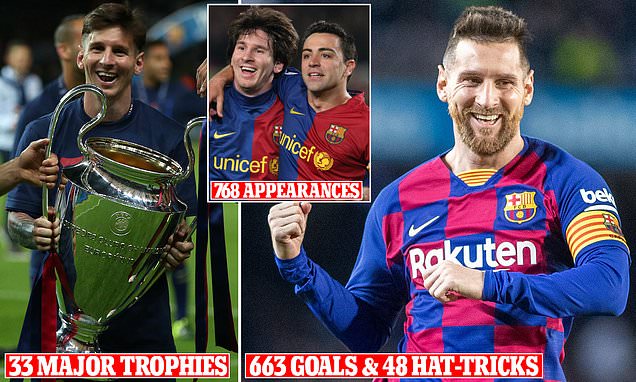 663 goals, 48 hat-tricks, 33 major trophies… and one hell of a player: Lionel Messi’s astonishing career statistics after superstar broke ANOTHER Barcelona record in passing Xavi to reach 768 games (not out!)

When all is said and done, and those fortunate Barcelona fans who piled into the Nou Camp to watch Lionel Messi week after week are no longer with us to laud his brilliance, the little Argentine’s numbers will do all the talking necessary.

Messi put two past Real Sociedad last week in his 768th game for the club, and in so doing passed Xavi’s appearance record, having equalled the Spanish great’s tally last Tuesday against Huesca.

Messi’s breaking of records has become a feat of such regularity that the shine, as a result, is taken away from the achievement. 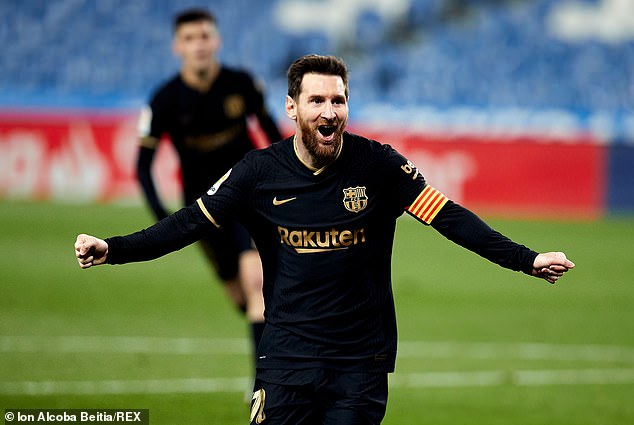 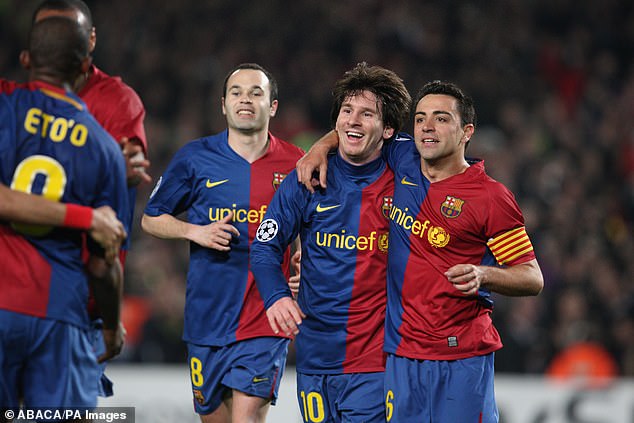 The Argentine made his 768th club appearance for the Catalans, passing Xavi’s record 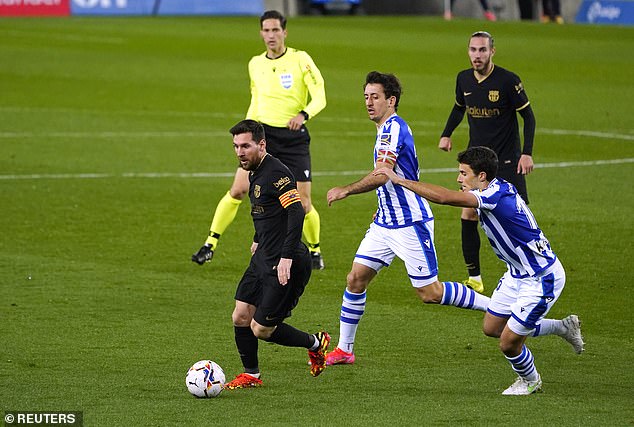 Messi has been cast among the greatest players to ever grace the game, and the Argentine’s 663 goals for Barcelona is the most ever scored by a player for one club – having passed Pele’s record of 643 goals for Santos earlier this season.

He is far and away LaLiga’s record goalscorer, firing in 467 goals in the league. He is second only Cristiano Ronaldo in terms of Champions League goals, trailing his great rival’s 134 goals with 120.

Messi has been awarded the Pichichi trophy, the prize given in Spain to the league’s top scorer, on seven occasions and top-scored in the Champions League six times, including the 2014-15 campaign when he shared the honour with Ronaldo and former team-mate Neymar. 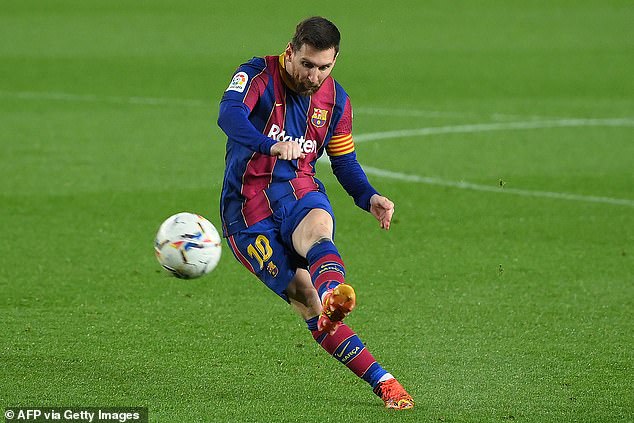 Messi has scored more for a single club than any other player in history, with 663 goals 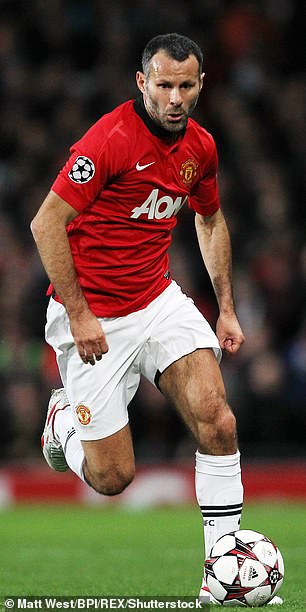 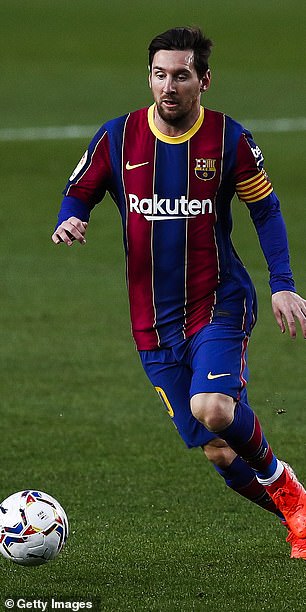 Both have scored in 16 different campaigns, although Messi has done so in consecutive years dating back to 2005-06.

Messi has maintained a sensational goals-to-games ratio throughout his career, but few will ever match his efforts from the 2011-12 season, when he scored 73 times in 60 games for Barca in all competitions. Those figures remain an astonishingly high water mark.

The 33-year-old has passed 50 goals in a season on no fewer than five other occasions, with four more campaigns in the 40s and over 30 in every completed season since 2008-09. 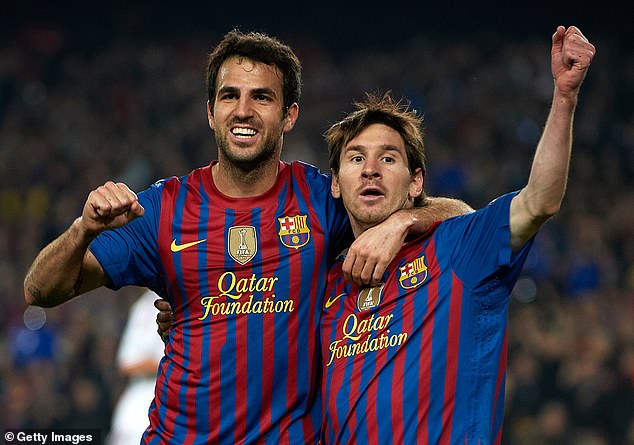 He is on the verge of reaching over 30 again, having scored 29 goals in all competitions for Ronald Koeman’s side so far this term.

In total, Messi has scored 48 hat-tricks for Barcelona, with 36 of those coming in LaLiga. His six hat-tricks for Argentina takes him over the half-century mark for his career as a whole.

The Argentine has bagged four goals in a single game on six separate occasions. Those came in league games against Valencia, Espanyol, Osasuna and twice against Eibar, while he also hit a quadruple against Arsenal in a Champions League tie back in 2010.

Messi has also secured one five-goal haul in his career, when he helped Barca to a 7-1 win against Bayer Leverkusen in the last 16 second leg of the Champions League in 2012. 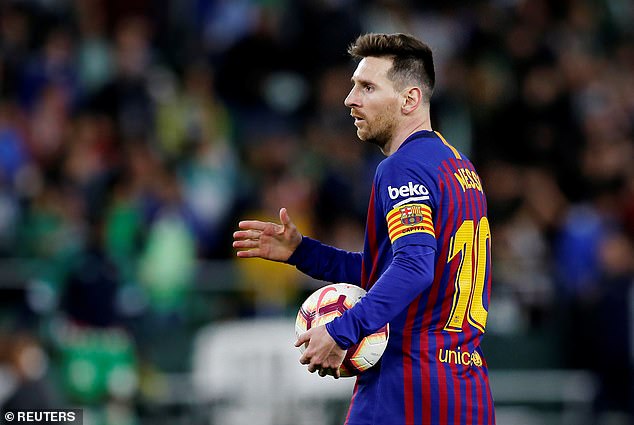 The 33-year-old has scored 48 hat tricks throughout his Barca career, 36 of which in the league 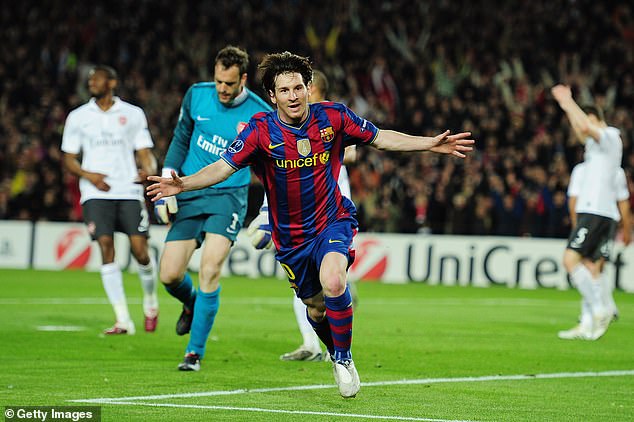 The Argentine has scored four goals in a game six times, including against Arsenal in 2010 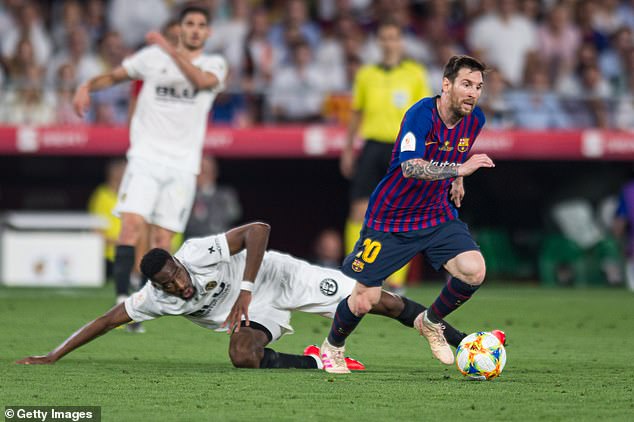 Messi has enjoyed outings against Valencia, scoring four hat tricks against them in Spain

Look away now, Valencia fans, because Messi enjoys playing against you. They have been on the receiving end of four of Messi’s hat tricks.

Messi has also notched braces on a further 133 occasions, 95 of which have come in LaLiga which, unsurprisingly, is a league record.

As impressive as the unfathomable tally of goals are, Messi has ensured those strikes have resulted in prizes. The Argentine holds a superb collection of trophies. 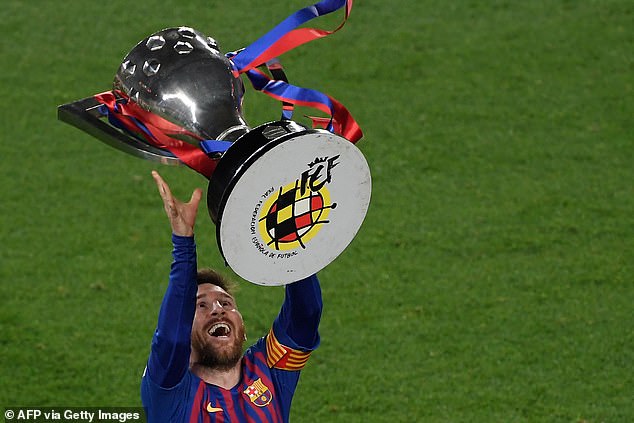 Messi has ensured that his fabulous goals tally has translated to trophies, with 33 top honours

In total, Messi has won 33 major trophies with the Catalonians, when including domestic and European super cups, as well as the Club World Cup.

Barcelona have lifted the LaLiga title in 10 of the 17 seasons since Messi made his first team bow, alongside six Copa del Rey triumphs and four domestic doubles.

An additional seven Supercopa wins takes Messi’s haul to 23 honours in Spain – although Barca have actually won eight since the Argentine broke into the team, as he did not play in the two-leg 2005 win over Real Betis. 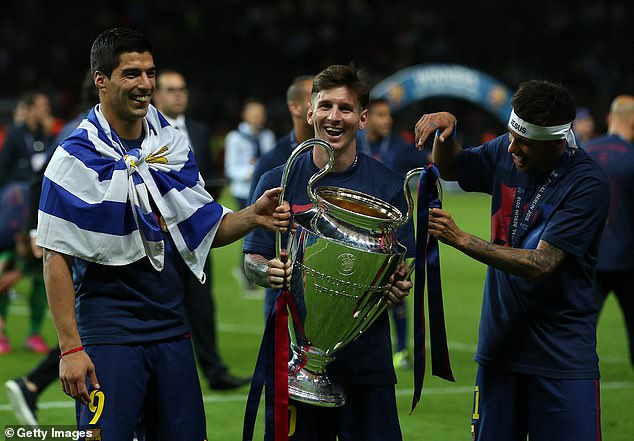 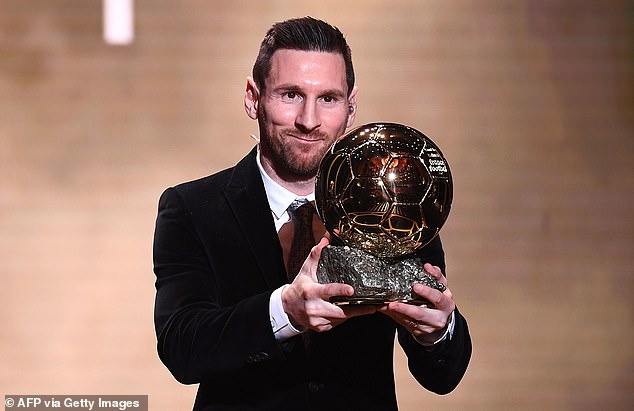 Messi has been recognised with individual honours too, winning the Ballon d’Or six times

When compared with his closest rival Ronaldo, Messi’s Ballon d’Or superiority puts him ahead of the Portuguese sensation.

Messi has won the Ballon d’Or, awarded to the world’s best player, on six occasions, including four in succession from 2009. Ronaldo, meanwhile has four.

While Messi’s domestic successes will be difficult to top in years to come, the 33-year-old’s exploits with his country are of stark contrast.

The Argentina trophy cabinet has been barren while Messi has played for the national side, containing just an Olympic gold medal from 2008.

He came close to winning the most coveted prize of all – the World Cup – but Argentina fell to a 1-0 defeat by Germany in the 2014 final in Brazil. 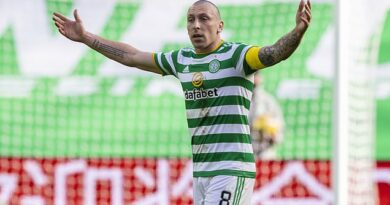