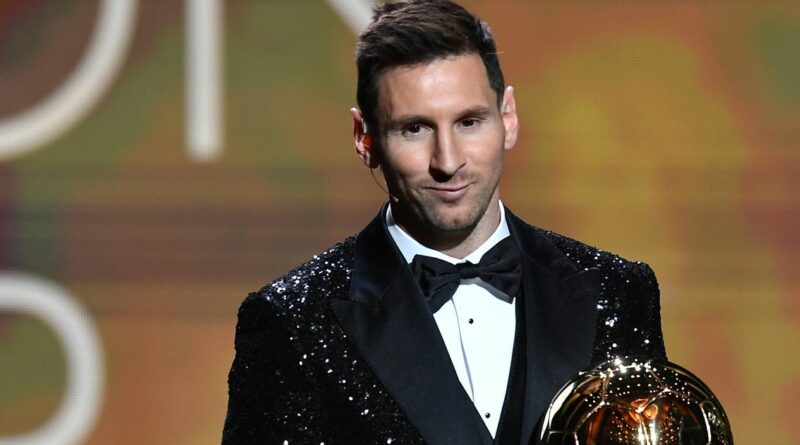 Lionel Messi's contentious win at the Ballon d’Or has led to his father hitting back at critics questioning whether the Paris Saint-Germain striker deserved the award.

On Monday evening, Messi earned the most votes by the jury and so earned his seventh ever claim to the prestige award.

Part of the reason was the PSG star still being considered the world's greatest, while he also won a first major honour for his nation in 2021, as Argentina beat Brazil in the final of the Copa America.

However, the win was not without criticism: some felt it had been a rather lukewarm year for the attacker compared to his previous seasons and Robert Lewandowski was a more fitting player to receive the award owing to his spellbinding goals-per-game record.

The Poland international scored 41 goals in 29 Bundesliga games last year, while his count for his year has 14 in 13.

But Messi’s father Jorge Messi laughed off such criticism aimed at his son, posting a pic of his son with the trophy in his hands.

Messi did better in handling calls for Bayern Munich’s striker to win the award. As the 2020 edition of the award was cancelled due to the pandemic, but Messi asked France Football to give Lewandowski the title retrospectively.

Should have Messi win the 2021 Ballon d'Or? Let us know your thoughts in the comments section below.

"Robert, you deserve your Ballon d'Or," he began.

"Last year, everyone was in agreement to say that you were the big winner of this award. Hopefully, France Football will give you the 2020 Ballon d'Or. We all believe you deserved it and I hope you can have it at home."

"What Messi said was nice and clever," he admitted to Watson via Bulinews.

"I think we do not have to make very quick decisions. We can think about it and at the same time we should respect the history of the Ballon d'Or, which is based on voting.