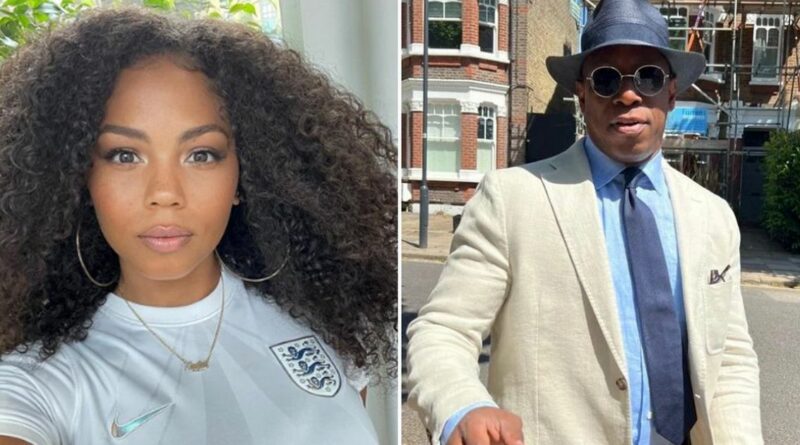 England women's football team aim to reach the final of Euro 2022 when they take on Sweden at Bramall Lane tonight.

The Lionesses will be roared on once again by an adoring home crowd, after impressive performances in the group stage and a dramatic extra time victory over Spain in the last eight boosted hopes of a maiden European Championship win. This tournament has no doubt been a massive step forward for the women's game, as players continue to shine on an even bigger platform.

Arsenal icon Ian Wright has been a huge advocate of the women's game and worked to increase opportunities for girls at grassroots level, with his role as an FA Women's Super League Ambassador. He even called out Sir Alan Sugar's criticism of the BBC's coverage earlier this month as "complete f***ing foolishness". Wright has spoken out in support of the challenges female pundits face on multiple occasions and is one of the Lionesses' biggest fans.

That support was highlighted during an exclusive chat with up-and-coming sports broadcasting star, Joelah Noble, who praised Wright for helping to grow women's football. "It's inevitable that women's football will continue to grow and especially with legends like Ian Wright championing the game," she said.

Noble began making waves in the industry by fronting the Premier League's digital series Uncut, as well as Amazon Prime's Kitchen Table Face Off. She is heavily involved in the ongoing Euros as she fronts the YouTube show Lionesses Live, streaming on England's official YouTube channel.

She is live from the camp every day, providing behind-the-scenes access and interviews with players and exciting guests. The women's game is not only getting more exposure, but is also becoming more diverse and black women like herself, Alex Scott and Eniola Aluko are getting more chances to showcase their multimedia skills.

Noble said: "It's definitely getting more diverse. Having a black woman like me hosting and being the main host for Lionesses Live, that is something I am very happy to see. There's going to be a lot of other black and mixed race girls and just people of colour regardless, that can see that and can hopefully be inspired by something like that."

The young Londoner also explained how she worked on multiple football platforms, including alongside former Love Island star Josh Denzel, before earning this opportunity.

"Last year at the men's Euros, Josh Denzel was hosting the Lion's Den, I was a roving reporter," she said. "I think that's where they got to see me in proper action with the England team, and I guess it just made sense for them to ask me to do this." Noble's infectious personality and passion for the game oozes through the screen, as she discusses a bright future for the sport.

Can the Lionesses win the European Championship? Let us know in the comments section below.

Record crowds have been seen at the women's Euros, as 68,000 fans watched England defeat Austria at Old Trafford, surpassing the previous record bymore than 27,000 spectators, which saw 41,301 fans attend the 2013 final between Germany and Norway in Sweden. However, this new benchmark looks set to go on July 31, with the Wembley final already sold out, and hopefully Sarina Wiegman's team will punch their ticket to the showpiece event this evening.

England's subsequent wins were watched by 28,847 in Brighton and 30,785 in Southampton and nearly 29,000 for the quarter-final. Those three games alone attracted an aggregate crowd bigger than for the whole of the 15-match 2005 finals in England, proof again of the game's rapid growth.

A record 49,094 supporters watched Chelsea beat Manchester City in the Women's FA Cup final at Wembley in May, the competition's highest attendance. Noble is delighted with the women's game continuing to make strides forward and believes it's only going to keep moving in the right direction. "I think it's just going to naturally grow and progress, and I think more people are going to be interested in watching it," she added.

While there have been some negative comments about the rise of women's football and the likes of Sugar embarrassing themselves with outdated views, they have been far outweighed by encouraging messages. Noble is looking forward to living in a time where the status of women's football is no longer called into question.

"We've got way more positive feedback and comments but some people are still ignorant to it, just based on gender," Noble said. "I cannot wait for the day that's not even a conversation." 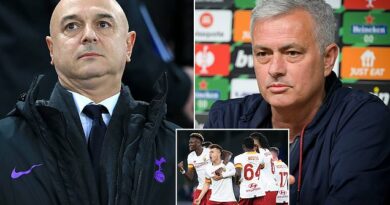 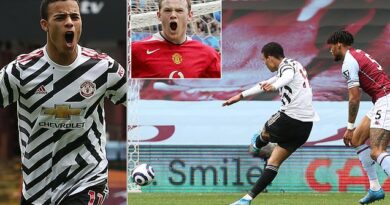 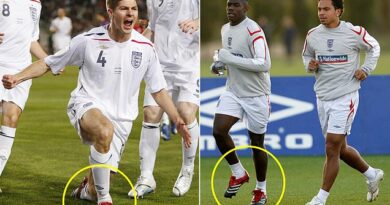 Richards reveals he had to borrow Steven Gerrard's boots