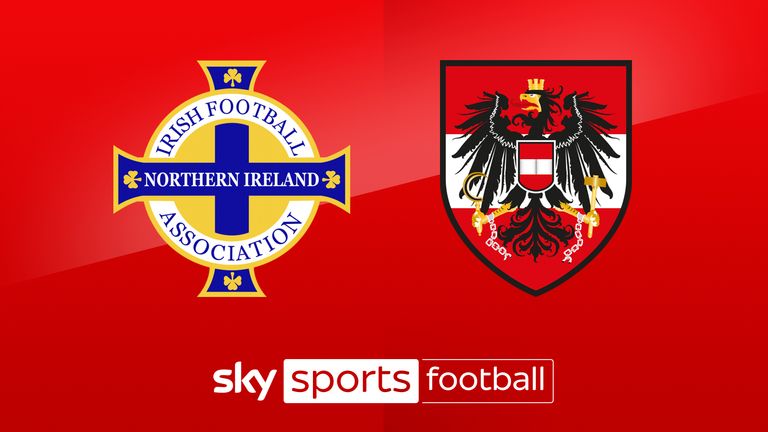 Team news and stats ahead of Northern Ireland vs Austria in the Nations League live on Sky Sports (kick-off 7.45pm).

Northern Ireland head into their UEFA Nations League encounter with Austria on Sunday buoyed after keeping alive their hopes of qualifying for Euro 2020.

Ian Baraclough’s men overcame Bosnia & Herzegovina on penalties following a 1-1 draw on Thursday to set up a European Qualifying play-off final showdown with Slovakia on November 12, but their attention now turns to how they can give themselves a better chance of reaching the 2022 World Cup.

Austria have already booked their place at Euro 2020, reaching successive European Championship tournaments for the first time. Adrian Grbic and Christoph Baumgartner were on target in a 2-1 win over Greece on Wednesday.

Northern Ireland have lost two and drawn one of their last three home games at Windsor Park, and Franco Foda’s side will now be looking to add to that underwhelming record which included a crushing loss at the hands of Norway last month.

Baraclough’s side have not made the best of starts to their campaign, snatching a last-gasp draw in Romania a few days before that loss to Norway. Austria sit a point better off in Group B1 and around 600 supporters are expected to be in attendance as coronavirus restrictions are eased. Northern Ireland will make changes following the trip to Bosnia; Corry Evans, Niall McGinn may make way but Jonny Evans should retain his place for this game.

Gavin Whyte will be hopeful of a recall after scoring the late equaliser in Northern Ireland’s UEFA Nations League opener in Romania while Kyle Lafferty is in contention to start.

Austria made wholesale changes for their friendly with Greece and are expected to revert back to their strongest XI. Grbic did his chances of starting no harm with his goal, while Karim Onisiwo will also be hopeful of having earned a start.

What the manager said

Northern Ireland manager Ian Baraclough: “I know many of the Northern Irish public might have wanted [to face the Republic] but we didn’t have any preference really.

“It was all about [Bosnia] and getting through this tie. If you start looking too far ahead and wondering about who you want in the final it takes the focus off this game.

“There was no way we were going to allow the players or ourselves to do that. It’s Slovakia. Now we have to prepare properly for them whether it’s 90 minutes, 120 minutes or penalties to get us to the Euros and that’s all that matters.”

Arsenal staff 'expect Unai Emery to be sacked as manager'