Liverpool ace Trent Alexander-Arnold is like a mixture of David Beckham and Kevin de Bruyne, and could easily make the switch into midfield. That’s the opinion of former Reds player Danny Murphy, who believes the youngster can hold down his position in Jurgen Klopp’s team for a decade.

Alexander-Arnold was one of the Reds’ outstanding performers from this year’s title-winning squad.

The defender has again been a force going forward, having produced 12 assists in 31 league games – matching his total from last season.

He has played with even more confidence and has started having a real impact on games on both sides of the ball, with Liverpool having the best defensive record in the league.

As well as his impressive assists total, Alexander-Arnold has also contributed to 14 clean sheets in the league as the Reds sprinted away with the title. 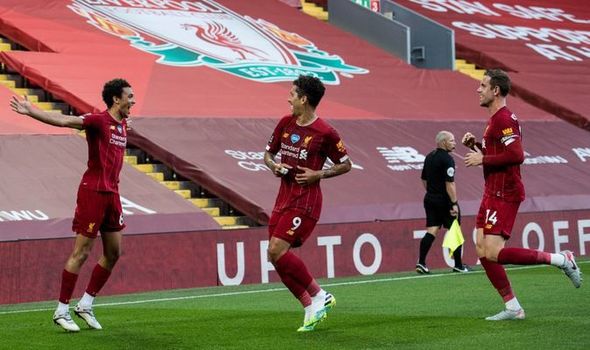 He capped off a brilliant performance in Liverpool’s 4-0 win over Crystal Palace in the week with a beautiful free-kick that gave the Reds one hand on the league trophy.

Alexander-Arnold struck the ball from 25 yards out and sent it sailing into the top corner of the net, leaving Wayne Hennessey with no chance.

And Murphy believes he is like a combination of Beckham and Manchester City ace De Bruyne due to his crossing ability, and should be given a chance in midfield at some point.

“Trent is like Beckham and Kevin de Bruyne mix,” he wrote in his Daily Mail column. “Not known anyone with his quality from wide areas since David Beckham.

“[He] Could play there for the next 10 years but good enough to also switch into midfield.

“A local lad, he has the chilled personality to cope with the extra pressure.”

Murphy’s comments were echoed by former England midfielder Joe Cole, who believes the 21-year-old is one of the best passers in the country regardless of position. 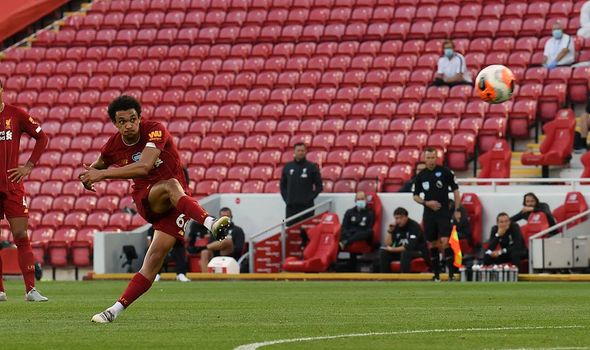 He said: “Trent has won everything in the game he can win. He is 21 and I bet he doesn’t even think about that.

“He goes onto the pitch and is free. If I was Jurgen Klopp now I would use this opportunity to have a look at him in the midfield.

“He is one of the best passers in the country anywhere. I would maybe even try him in the midfield for England.

“That range of passing, the set-pieces, he is just a fantastic talent and he is going to be having the time of his life.” 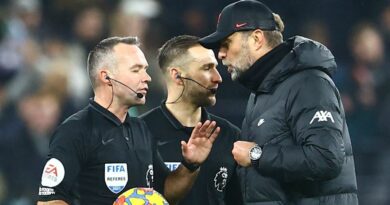