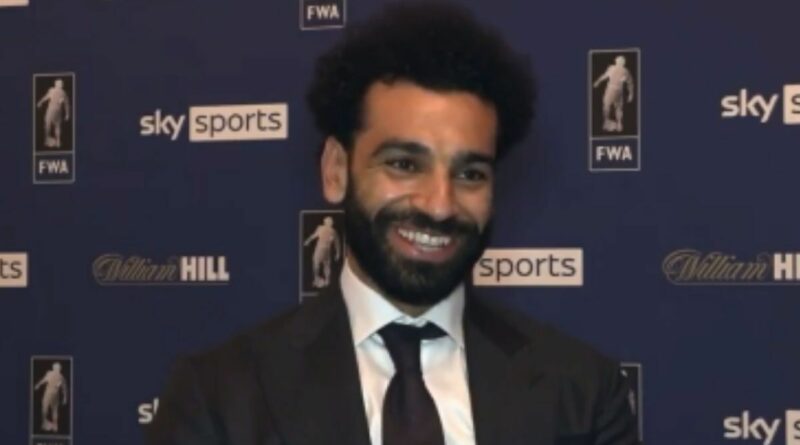 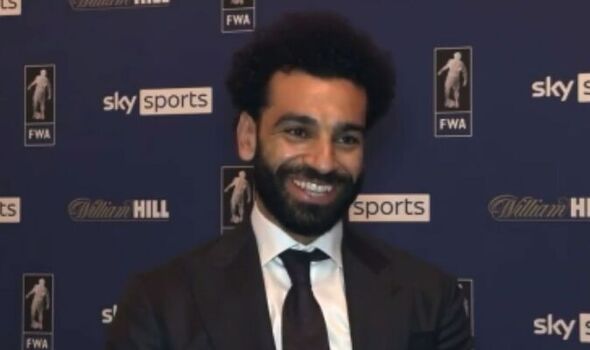 Mohamed Salah has taken the chance to explain the meaning behind his tweet after Real Madrid’s dramatic 3-1 triumph over Manchester City, in which he declared Liverpool ‘have a score to settle.’ The Egyptian has collected his second Football Writers’ Association Football of the Year award following yet another spellbinding campaign that currently sees him top the Premier League goalscoring charts. But Salah is not done yet…

While he knows there is plenty to play for between now and Paris, the forward cannot help but eye the prospect of playing in his third Champions League final under Jurgen Klopp – particularly given it will be against Real Madrid.

Los Blancos broke his heart when Salah was forced off in the first half of the 2018 Champions League final in Kyiv following a tussle with Sergio Ramos, who later lifts the trophy.

“Well, I’m so excited, our team is so excited about it,” Salah said.

“I said before the game that I wanted to play Madrid in the final, I’m sure it’s going to be a tough game.

“They beat a lot of good teams, we just need to be focused on the game.

“First of all we still have a few games in the Premier League, we have to finish them in the best way possible.”

Salah was then asked if he was out for revenge and his response was emphatic: “Yeah, we lost in the final, it was a sad day for all of us. It’s revenge time.”

The 29-year-old was crystal clear that he wanted Los Blancos when quizzed on his preferred final opponent by the BT Sport punditry team after the 3-2 win at Villarreal.

“I want Real Madrid. Man City are a tough side but I have to be honest, I would like to play Real Madrid,” Salah said on Tuesday night.

Peter Crouch then asked: “You want revenge for a few years ago?”

To which Salah replied: “Yes, of course, they beat us a few years ago so hopefully we can do that if we get them.”

Salah’s team-mate Virgil van Dijk did not have a preference, however. He said: “No [preference]. Any team that we’ll face in the final will be a nightmare to play against. We know City in and out, they know us too.

“We know they can adapt against us, we know how intense those games are. Real Madrid are Real Madrid.

“Such a big club, very in form striker at the moment, but we’ll see tomorrow. I’m gonna watch it and recover, and see what outcome.”

City have been left to lick their wounds after their devastating capitulation that saw them concede twice in two minutes – before losing in extra-time at the Bernabeu.

Real Madrid will now be targeting their 14th Champions League title when they do battle with the Reds at the Stade de France. 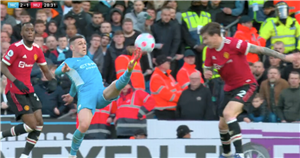