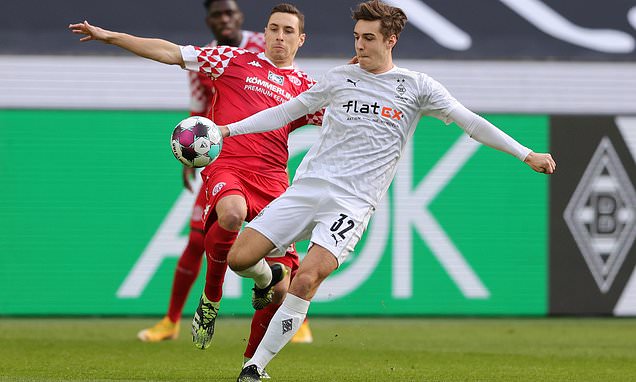 Borussia Monchengladbach midfielder Florian Neuhaus has opened the door to a summer exit as Liverpool and Manchester City consider making a move.

The highly-rated Germany international has emerged as one of the brightest young talents in the Bundesliga and has reportedly attracted interest from a host of European giants this season.

Jurgen Klopp and Pep Guardiola are both admirers, while Bayern Munich, Juventus and Borussia Dortmund have also been keeping tabs on Neuhaus. 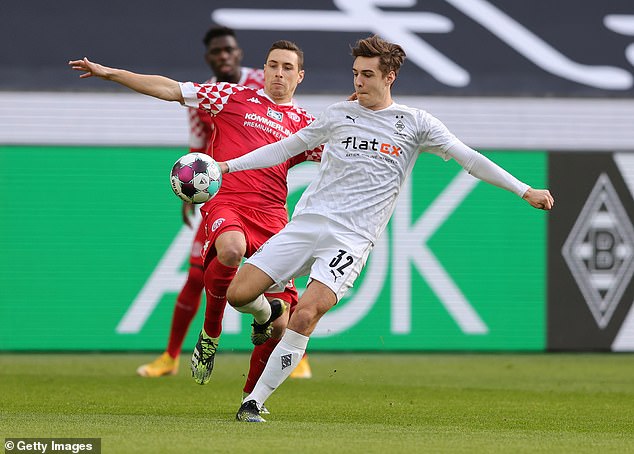 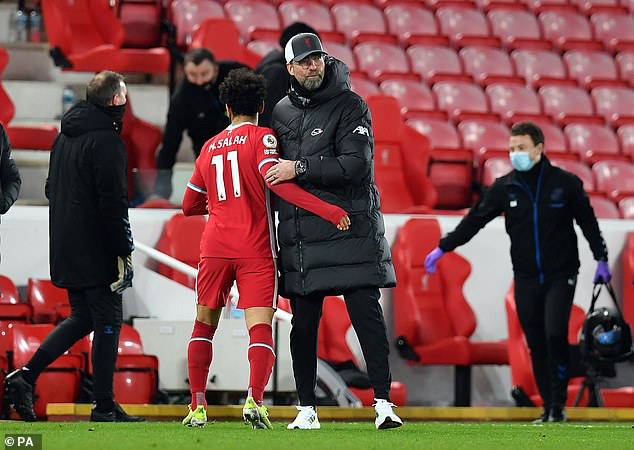 The 23-year-old, who has a release clause of £35million in his contract, insists he is focused on achieving his goals with Monchengladbach, but has not ruled out the prospect of a move when the transfer window reopens.

‘I have a contract until 2024 and I have very big goals for this season,’ Neuhaus told Kicker.

‘That’s what I’m concentrating on now. [Transfer talk] is really not a big issue for me now.

‘I play at Borussia, I have a contract, and we as a club are still pursuing very big goals this season. I can’t say what will happen in the summer at the moment. 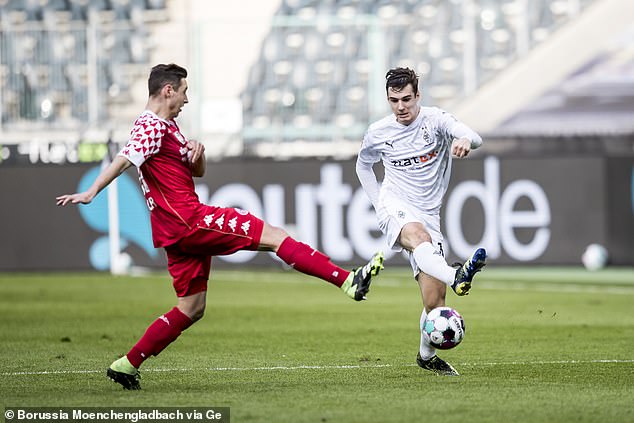 ‘I’m also very relaxed about the future. Borussia is a club where I was able to develop excellently and where everything is there. I know what I have with Borussia.’

Last week, Kicker reported that Liverpool were at the front of the queue to sign Neuhaus as Jurgen Klopp prepares for the departure of Georginio Wijnaldum.

The Holland midfielder is widely expected to join Barcelona on a free transfer when his contract expires at the end of the season.