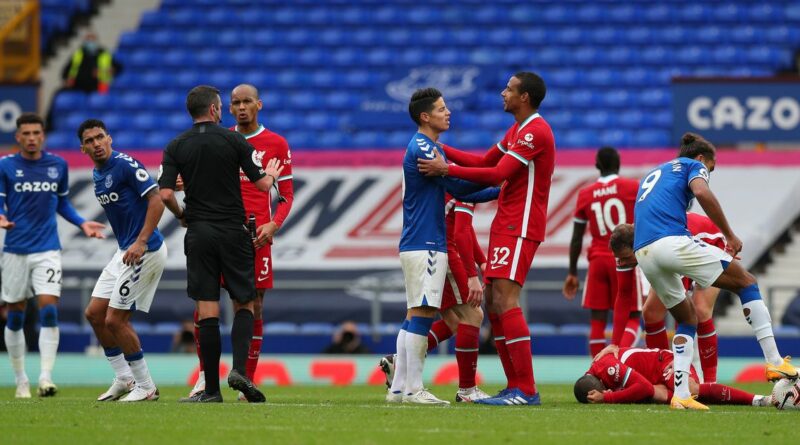 The Reds have been facing their city rivals in the top flight of English football and cup tournaments for 227 years, coming out on top 121 times.

While the Merseyside derby has seen some fiercely competitive games, it is also known as “The Friendly Derby”.

Riise made six appearances in the derby against Cahill – and that nickname for the famous fixture sums up the former Liverpool and Everton stars’ relationship.

Speaking exclusively to Ladbrokes at its launch of the 5-A-Side Bet on Liverpool vs Manchester United, the former defender said: “Playing against Everton was always a great challenge, and Tim Cahill was my neighbour at the time.

“We became good friends over the years.

“After every game we played every weekend we'd meet up at 10 or 11 in the evening after the one who'd played away had got back home, play pool, watch Sky Sports News and talk about the games we'd just had.

“We used to build up the Merseyside Derby together throughout the season, but after every other game in the campaign we'd meet up and just talk about football, our goals, different players, performances and chill.

“Neither of us could sleep after a game anyway so we'd hang out together and have fun.”

Riise helped the Reds to the Champions League and FA Cup over two seasons.

But the Norwegian admitted that he felt more competitiveness towards another historic Anfield rivalry.

“I loved playing in the Liverpool v Man United game, more than the Merseyside Derby, in fact,” he added.

“The only reason for that is because those games against United were games where you're playing against a side who is fighting for the same thing that you are; the Premier League title, or the top four, winning trophies.

“With Everton it was more just passion because the two teams are from the same city.