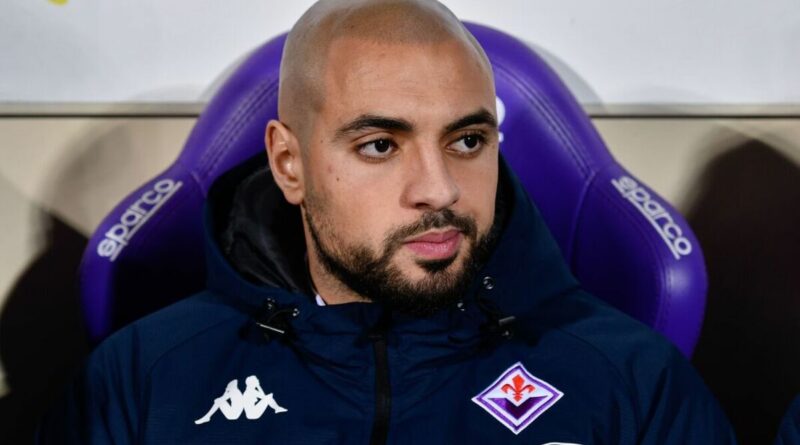 Liverpool and Tottenham have been told they have no chance of signing Fiorentina star Sofyan Amrabat this month in news that will come as a blow to both Jurgen Klopp and Antonio Conte. The Moroccan had been linked with a transfer to the Premier League after being one of the stand-out players at the World Cup but will not be on the move this season after the Serie A side’s CEO insisted he was ‘not for sale’.

Amrabat was one of the best players in Qatar as he helped Morocco to become the first African side ever to reach the semi-finals of the competition. His performances attracted attention from across Europe with a host of the continent’s biggest teams keen to strengthen in midfield with the player valued at around £40million.

Liverpool and Tottenham were among the clubs interested in his signature with both sides struggling in the centre of the park at times this season. However, they have now been told they will have to wait until at least the summer with Fiorentina CEO Joe Barone ruling out a sale for the midfielder as well as Nico Gonzalez this month.

“I can now confirm that Sofyan Amrabat and Nico Gonzalez are not for sale,” he told DAZN. “The president, Commisso, already said that. I can confirm the same for both Gonzalez and Amrabat.”

Amrabat grabbed the attention during the World Cup with a series of excellent displays at the base of the midfield for Morocco. His two stand-out performances came against Spain and Portugal in the knockout round as he showed his capability of playing at the very highest level.

Liverpool in particular could do with him in their midfield after a spell of disappointing performances in the Premier League this season. Fabinho has failed to reach his usual standards over the course of the campaign and the 26-year-old could replace him in the holding role.

However, former Liverpool player Don Hutchison has argued that Liverpool should consider other options instead, arguing Amrabat hasn’t shown the consistency the club need in his performances for Fiorentina.

“They have to make sure they don’t panic (in the transfer market),” he told ESPN. “I have seen Amrabat at the World Cup.

“He had a brilliant World Cup for Morocco. He hasn’t been that good for Fiorentina for 18 months, so you can’t just panic and look at these players and think ‘that’s the one I need’. Make sure you get the right one.”

It remains to be seen if either club will move for Amrabat in the summer or turn their attention to other targets instead.