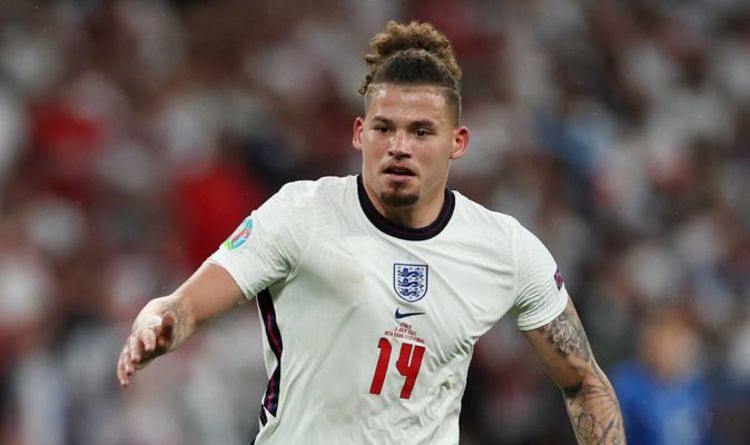 Liverpool should sign Leeds United midfielder Kalvin Phillips, even if he costs £100million, because he would be a perfect fit for Jurgen Klopp. That is the opinion of former Arsenal winger Perry Groves, who has backed Liverpool to make a move for the England star this summer.

Phillips has enjoyed a meteoric rise over the past few years, with his performances helping Leeds establish themselves in the Premier League and England to reach the final of Euro 2020.

The 25-year-old has gone from Leeds cult hero to one of the first names on Gareth Southgate’s team sheet in a short space of time.

Marcelo Bielsa’s coaching has turned him into an all-action pressing machine and his partnership with Declan Rice was one of the most consistent facets of England’s Euros.

His rise in prominence was bound to come with more exposure to the rumour mill – and Groves has touted Phillips as a potential Liverpool player.

“The energy they play with, the closing down, his athleticism, his passing range.

Phillips is under contract with Leeds until June 2024 and is unlikely to be moving on from his hometown club any time soon.

The central midfielder has often spoken of his enjoyment of working under Bielsa and Leeds’ fantastic 2020/21 season means he is satisfied where he is.

That is something his agent, Kevin Sharp, a former Leeds player himself, underlined recently.

“Before Kalvin signed his last contract, we had good interest so we sat down and explored all the pros and cons,” he told inews earlier this month.

“His desire was never to leave, it was to be rewarded and stay and play for the team he supported as a kid.

“Within the contract he signed in September 2019, we included provisions within it for if Leeds reached the Premier League, so it’s all set up for the top flight.

“We knew it was a bit of a gamble, but we knew Leeds would get there under Bielsa and obviously they did.

“There may be clubs who are actually looking at Kalvin now because the more successful you are – playing for England in big tournaments – naturally breeds interest.

“But Kalvin is happy at Leeds and has no desire to move whatsoever. It’s more a case of ‘carry on what you’re doing for club and country’.”