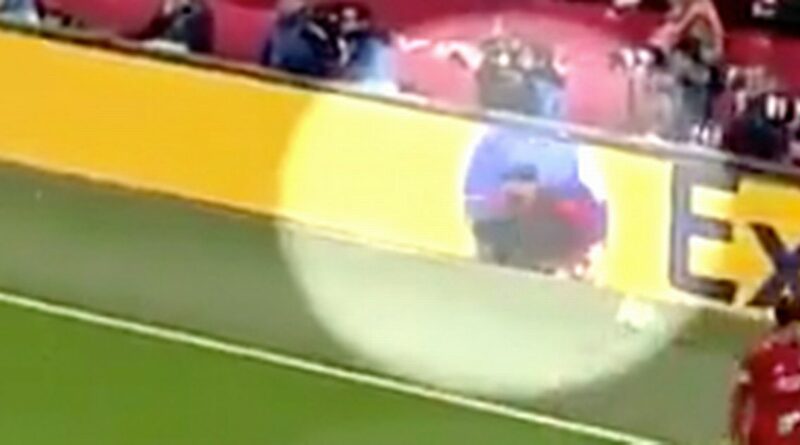 The Egyptian reached the landmark total after smashing in a second-half spot-kick as Jurgen Klopp's side cruised to a comfortable 2-0 win over Brighton on Saturday. However, hours before he achieved the feat, another of Liverpool's strikers pipped him to the post.

Oakley Cannonier's rich vein of form continued as he hit his 20th goal of the campaign for the Reds' Under-18s in their 5-5 Premier League draw Manchester United. Cannonier is a name Liverpool fans will remember well as he was the famous ballboy who aided Klopp's team in their incredible Champions League comeback win against Barcelona.

Liverpool clinched their sixth European crown back in 2019, but very nearly saw their journey end at the semi-final stage following a 3-0 defeat to Barca at the Nou Camp. However, a stunning second-leg fightback saw the Reds thump the La Liga giants 4-0 in the most miraculous of turnarounds.

Divock Origi struck a dramatic double on that iconic Anfield night, but it was young ballboy Cannonier who stole the show after aiding the Belgian's second as a result of some quick thinking. After Barcelona put the ball out of play for a Liverpool corner, the teenager speedily returned a different one to Trent Alexander-Arnold who swiftly whipped in a cross for Origi as the Reds caught the Spaniards unawares.

Fast-forward almost three years and Cannonier is still hitting the headlines but for very different reasons. The 17-year-old is now one of the brightest talents in Liverpool's academy and hopes his goalscoring exploits will see him acknowledged by Reds fans for a different reason.

Where does Liverpool's Champions League triumph over Barcelona rank among football's greatest ever comebacks? Let us know in the comments section

“I want to become known for being a legend for different reasons, not for being a ball boy,” he told LFCTV earlier this season. “I want to be like Trent in terms of what he’s done so far.”

The youngster, who has even trained with Klopp's first-team of late, has hit 31 goals in all competitions this season, with his 20 league strikes coming within a mere 17 outings. And despite Cannonier being born in Leeds, Liverpool were the team he always had aspirations of representing, telling The Athletic: “I just always wanted to play for Liverpool. It was a no-brainer. I don’t like not scoring, to be honest! I don’t speak to anyone. I put pressure on myself to score. I just want to be the best I can.”

Though his game may well be modelled on Fernando Torres and Luis Suarez, it's Salah who he is currently drawing comparisons with for his goalscoring exploits. It's been quite the rise from Barcelona ballboy to one of the Liverpool's burgeoning young stars.

Pick up your Daily Star every day of the Cheltenham Festival for a FREE £2 shop bet with William Hill which can be used on any of the sporting action! 18+ Terms apply. See tomorrow's paper for your voucher. 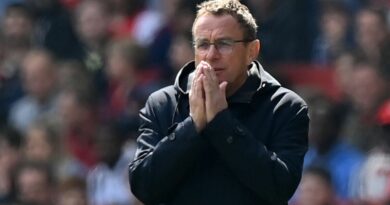 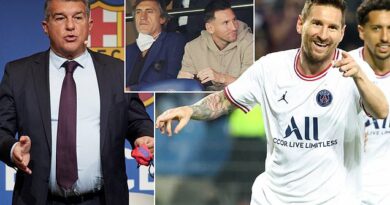 Messi angry with Laporta for talking up Barcelona return