Jurgen Klopp admits a first home win of 2021 was just the boost Liverpool needed as they make plans for another Champions League comeback.

Trent Alexander-Arnold’s sweetly-struck added-time effort secured a 2-1 victory over Aston Villa to end an historic six-match losing streak at Anfield and provide some hope for the quarter-final second leg visit of Real Madrid.

Los Blancos hold a 3-1 advantage having capitalised on a woeful Reds’ performance but Klopp’s side have recent history of bigger comebacks against Spanish opposition – namely the 4-0 turnaround at home to Barcelona on their way to lifting a sixth European Cup two years ago.

With no fans allowed inside Anfield, Liverpool’s players need all the confidence they can muster and registering their first win – and first open-play goals – at home in 2021 could not have come at a better time.

“Whatever we can do, we will take. That’s clear,” said Klopp. “We need a perfect performance on Wednesday if we want to have a chance only – just for a chance.

“I really think the way we played and the way Real Madrid played there, it doesn’t look very promising but the good thing is we can play better, that would change the game already.

“We don’t have to make it now too big already: Real Madrid doesn’t come here and think they are already through.

“It will be a tough one, but we will give it a try I can promise – and that’s the only thing we can say.

“This (win) helps, of course. When you are in a moment, when you win every game and stuff like this, you don’t feel the intensity, you feel nothing – you want to play the next game. You could play the next game the next day.

“Obviously, for us in the moment it is not that easy and we have to work really hard, we need to have five or 10 chances to score a goal.

“You have to go through that, you cannot change that just because you want to – if you want it to be different you have to work for it and we did that against a strong opponent.

“A very important three points and whatever it will give us for Wednesday, we will use.”

Alexander-Arnold’s rifled shot secured the club’s 2,000th Premier League point, a feat only achieved by Manchester, Arsenal and Chelsea, and Klopp’s 100th victory at Anfield in all competitions.

Mohamed Salah’s 19th league goal of the season had cancelled out Ollie Watkins’ opener just before half-time after the hosts – Salah in particular – had squandered chances ahead of that.

The win briefly lifted them into fourth before Chelsea overtook them with victory in the late kick-off.

It has, however, maintained the pressure on the teams in the hunt for the final Champions League qualification spot and Klopp knows that has to continue.

“It is no secret, it is quite a bumpy season for us with a lot of things happening and we have to fight through,” added the Reds boss. 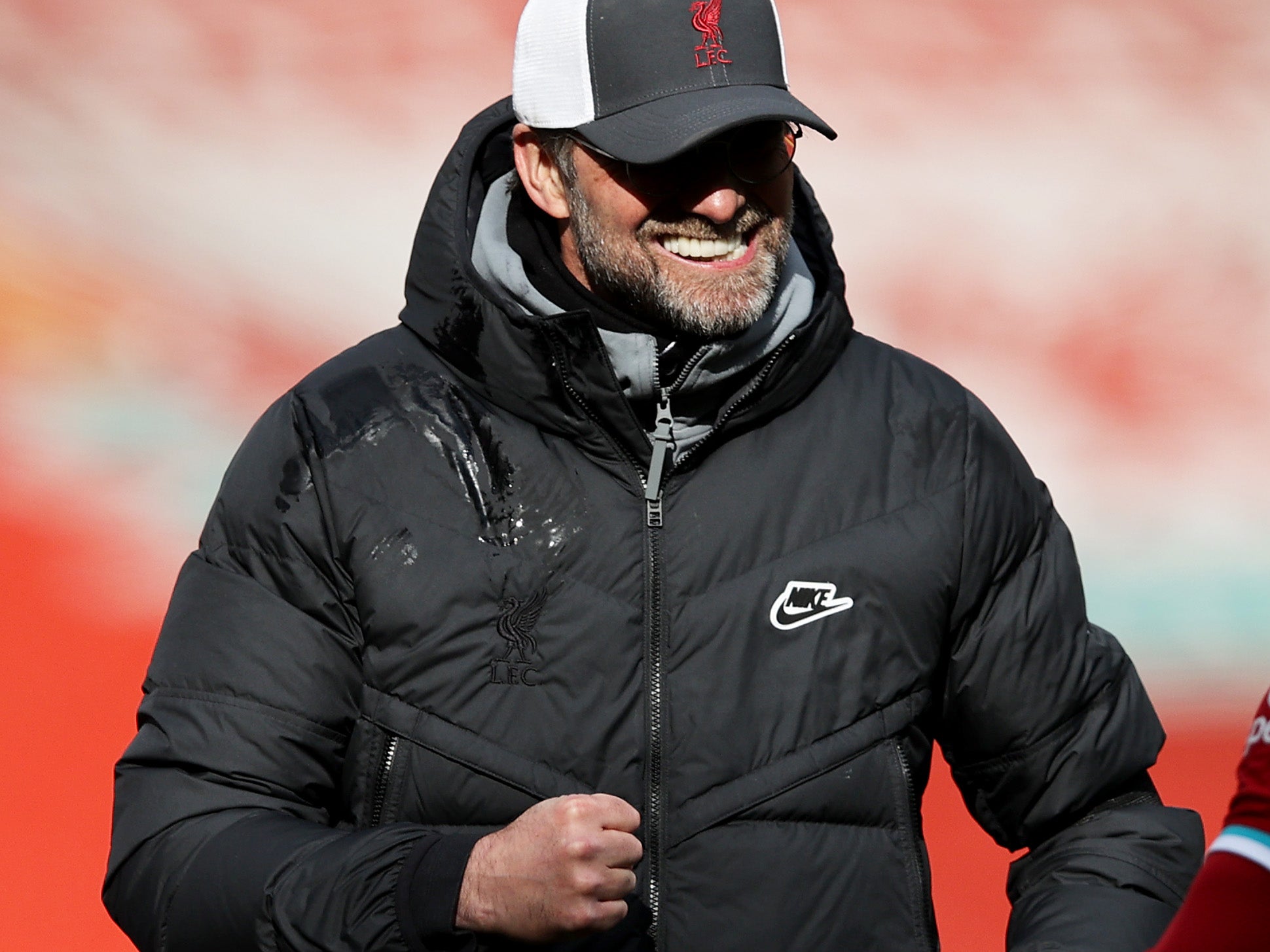 “In the end, if we would end up in a Champions League spot, that would be really great but it’s tricky, it’s difficult, it is really hard for us.

“That we didn’t turn a game around in the last few weeks at Anfield like that, that’s the reason why we lost six games in a row. Hopefully we’ve turned it around.

“But we have tough opponents coming up. We have Real Madrid, of course, but then in the league we play Leeds and I think everybody who saw them fighting against Man City knows that it is not a walk in the park.”

Defeat dropped Villa to 10th but boss Dean Smith is optimistic the performance they put in at Anfield will help improve that position before the end of the season.

“Lots of points to play for, we want to finish as high as we can,” he said.

“Today the result didn’t go for us but certainly the second half is what I want to see from us a team, going at the champions.

“We will take that into every game and see where it takes us.”