Jurgen Klopp has confirmed that Thiago is set for a small injury lay off after missing the Premier League win over Arsenal. The Reds made it three wins from three at Anfield with a 3-1 victory over Mikel Arteta’s side, courtesy of goals from Sadio Mane, Andy Robertson and new boy Diogo Jota.

They had to do it without Thiago though, after the Spaniard failed a late fitness test on Monday.

The 29-year-old was a doubt alongside goalkeeper Alisson heading into the clash but the midfielder failed to make the cut.

He was left at home for last week’s 7-2 thrashing of Lincoln in the Carabao Cup but many believed the decision was due to Klopp’s heavy rotation.

However, it has emerged that Thiago is in fact injured and Klopp has confirmed he is set to miss the next two matches. 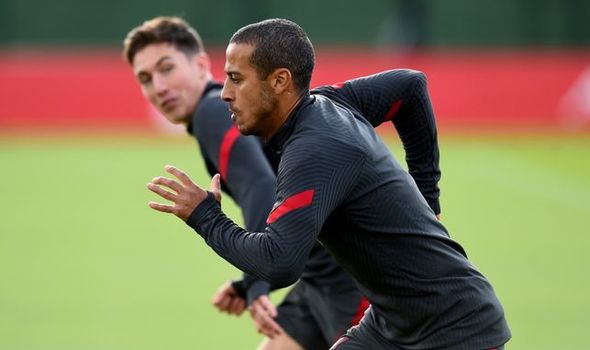 Liverpool host Arsenal again in the Carabao Cup on Thursday before a trip to Aston Villa on Sunday.

“After the international break, he [Thiago] will be fine,” Klopp told Sky Sports.

“For sure and that’s the situation at the moment, he isn’t fit enough to be available tonight and that’s it.”

Following the international break, Liverpool take on Everton at Anfield in what could be Thiago’s first Merseyside derby.

The former Bayern man was instrumental on his Liverpool debut after coming off the bench at half-time in the 2-0 win at Chelsea.

Now he will be itching to return to the side with the Reds already six points clear of Manchester City, who have a game in hand on last season’s champions.

After the match, Klopp could not hide his delight at seeing full debutant Jota hit the third in front of an empty Kop following his £41million move from Wolves.

“Oh yes, oh yes. I am really pleased for him because he’s a top guy, a top top guy,” he told BBC Sport. 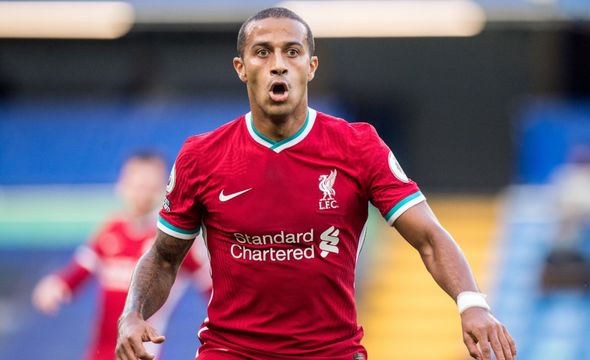 “It’s so difficult to improve a team like ours and to bring in players who fit in exactly.

“I know for a while that Diogo Jota is on my list for two or three years already but it needs to be the right moment.

“I’m really happy that he’s here now and it was a good start. Really good start.”

Liverpool move up to second in the table and join Leicester and Everton on nine points from three matches. 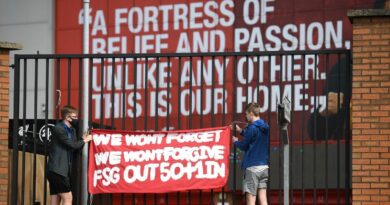 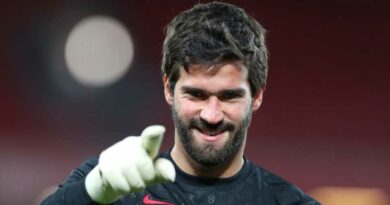