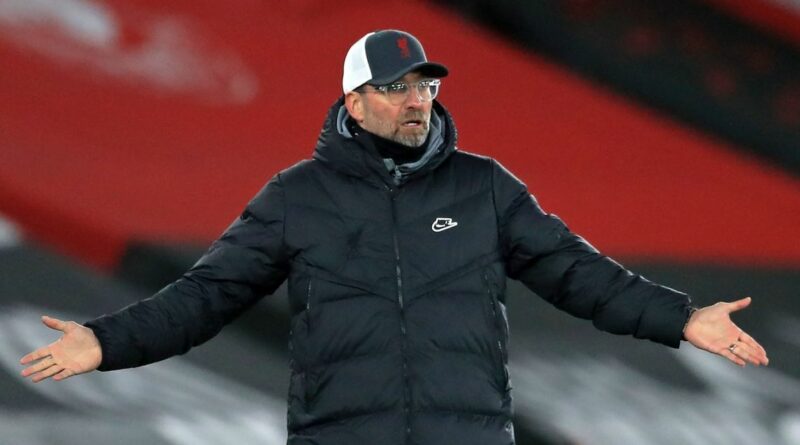 Jurgen Klopp took a swipe at Manchester United after Liverpool paid the penalty for another slow start.

Danny Ings scored a quickfire opener against his old club and Southampton held on as the Reds missed a chance to go three points clear at the top.

But Klopp blasted referee Andre Marriner for failing to give his side penalties for a handball by Jack Stephens and a foul on Sadio Mane.

The Reds boss said: “Manchester United had more penalties in two years than me in five and a half years. But we have no excuses for tonight. We weren’t good enough.

“What Andre Marriner did with Sadio Mane tonight, I’m not sure that’s okay. He should have had a penalty, and there was the handball – I’ve no idea.

"It's not an excuse for the performance but you can get a point if they are given. Now we have to show a reaction.

"What was disappointing? How long have we got – the start obviously. Not only the goal but the start in general. Congratulations to Southampton they deserved it.”

United have won 20 penalties since the start of last season, double the amount Liverpool have.

Reds skipper Jordan Henderson, who played as a makeshift centre back, said: “Starting slowly in games is not us. We didn't score again.

“We're frustrated, disappointed. We've got to react quickly and bounce back quickly because the last few games haven't been good enough.”

Saints boss Ralph Hassenhuttl, back in the dug-out after self-isolating, was in tears at the end.

But he said: “There were tears in my eyes – because of the wind! When you see our guys fighting with everything they have it makes me really proud.

“You need to have the perfect game against Liverpool and I think we did have that.

"It was an intense game, my voice is nearly gone. It's a perfect evening."