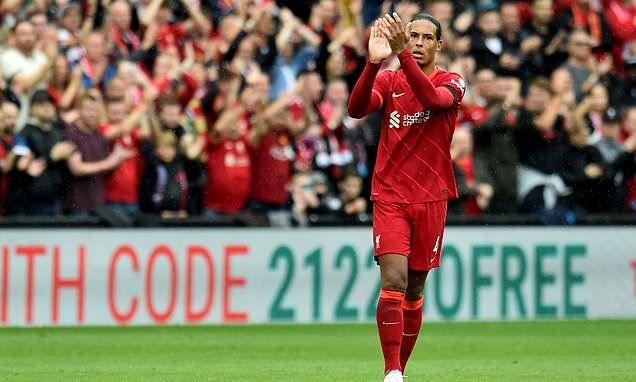 Jurgen Klopp has said he’ll need to take Virgil van Dijk out of the firing line at some stage after the Dutchman took another impressive step in his comeback by passing the Burnley test at Anfield.

Incredibly, the centre-half hasn’t lost any of the 48 Premier League games he has played for Liverpool at Anfield but Klopp says last season’s injury crisis has persuaded him to rotate his talisman as well as Joe Gomez and Joel Matip who also missed large parts of last season. 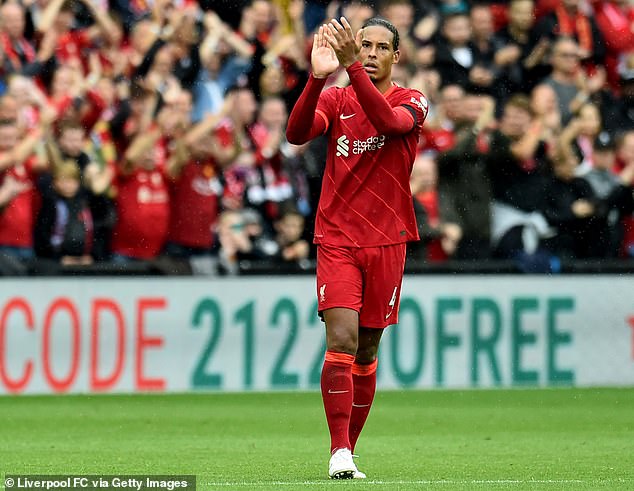 ‘It’s cool having Virgil back,’ said Klopp. ‘There were times when he was on the edge because of the intensity of the game. It was a proper test with the strikers always in your body.

‘We now have six centre-halves with Rhys Williams and Nat Phillips and we needed that.

‘They will all play because the first four (Liverpool have also signed Ibrahima Konate) we have to mix it up.

‘After a long injury you should not play three games a week, all that stuff. But I didn’t have a chance to change for Burnley because they have a specific threat and I needed defenders who are used to playing together.’ 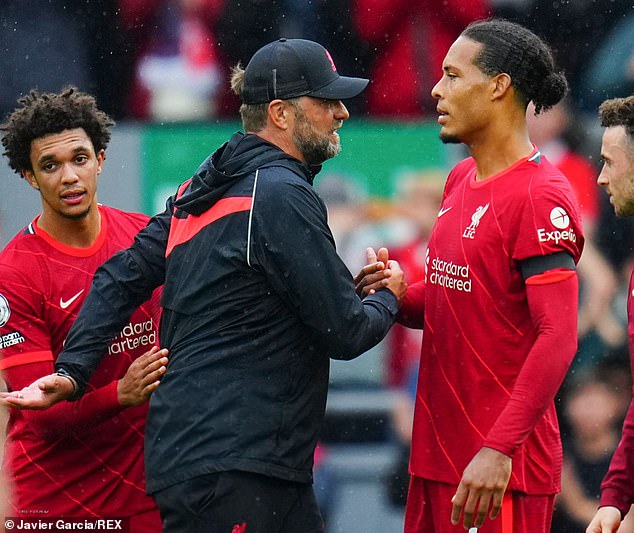 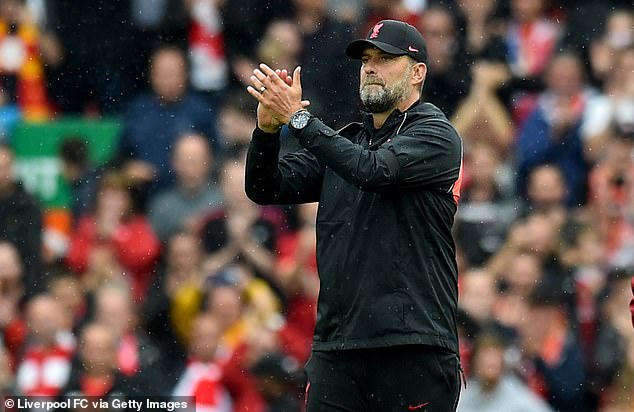 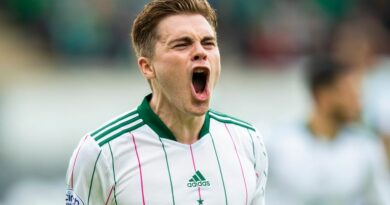 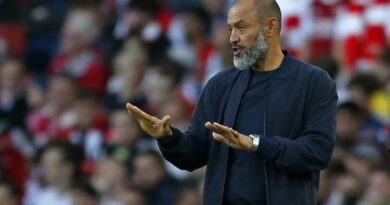