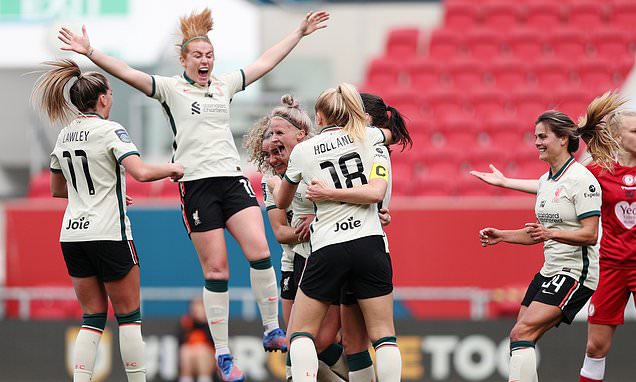 Liverpool confirm their promotion to the Women’s Super League with three games to spare after beating Bristol City 4-2 at Ashton Gate… in front of a record 5,752 crowd for the Women’s Championship

Liverpool sealed their return to the Women’s Super League with a resounding 4-2 victory against Bristol City at Ashton Gate on Sunday afternoon.

The Reds needed just a point to wrap up the title with three games to spare but they did it in style and in front of a record Championship crowd.

Big clubs do not have a divine right to top flight football but having Liverpool back in the WSL can only be a good thing for the growth of the women’s game. 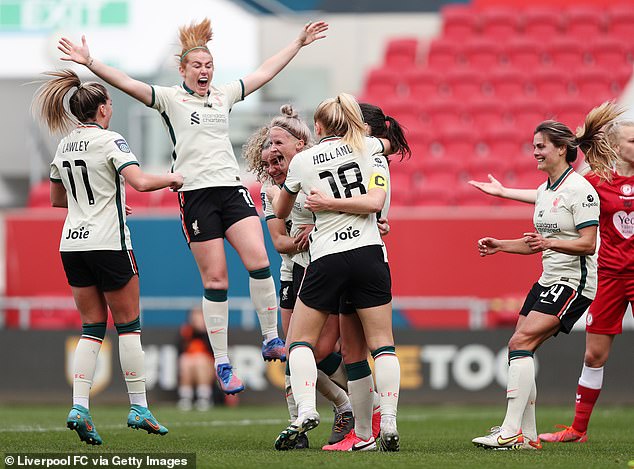 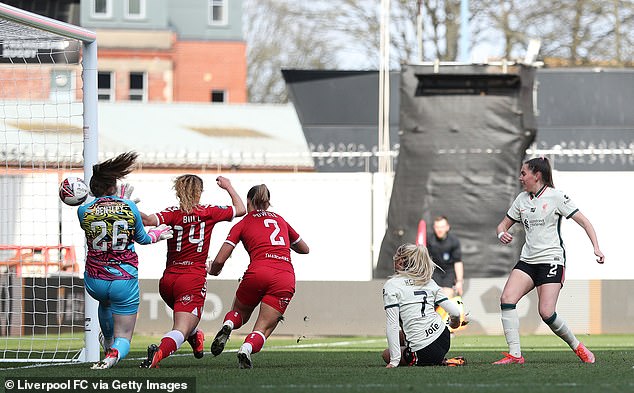 Matt Beard knew promotion was a necessity when he returned to take the reins on Merseyside this summer and he has not failed to deliver.

This is Beard’s third title as Liverpool manager. He guided the club to back-to-back WSL league trophies in 2013 and 2014 before leaving for America.

The Reds gradually declined after his departure and in 2020, they were relegated to the Championship on points per game after the season was curtailed due to Covid-19.

Their descent from the top of the pyramid to the part-time second tier raised questions of the club’s owners and their failure to return at the first attempt drew further criticism. 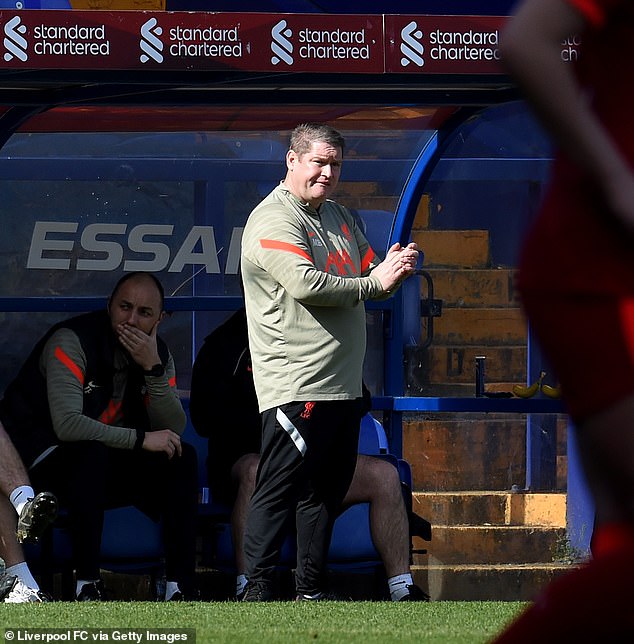 But the club have done things right this season. Appointing Beard was a smart move and he has been allowed to assemble the best team in the division.

The signings of Leanne Kiernan, Jasmine Matthews and Megan Campbell proved shrewd and the January addition of forward Katie Stengel has been crucial to widening the gap at the top.

Liverpool now have the chance to rebuild their status in the women’s game. Next season will be a case of ensuring they remain in the WSL but a club of the Reds’ size should be looking to get back to competing at the top end of the table sooner rather than later.

It was fitting that captain and lifelong Liverpool fan Niamh Fahey, who has been at the club since 2018, opened the scoring at Ashton Gate.

The Robins failed to clear Campbell’s long throw and the ball eventually dropped to the Liverpool defender, who kept her composure to fire into the right top corner.

But the hosts were back on level terms in less than a minute when Aggie Beever-Jones’ cross looped over the head of Reds’ keeper Rachel Laws and into the far corner of the net. 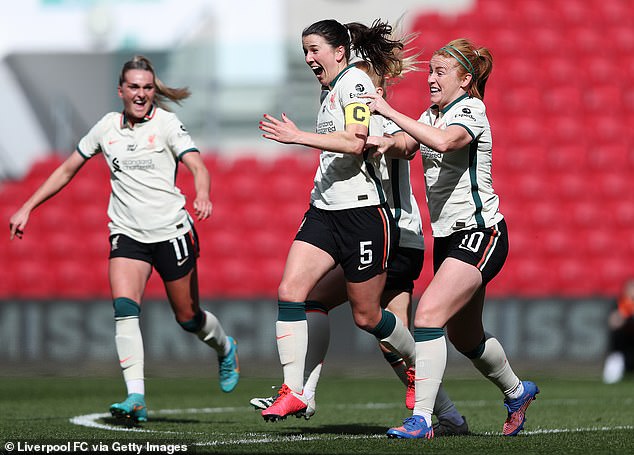 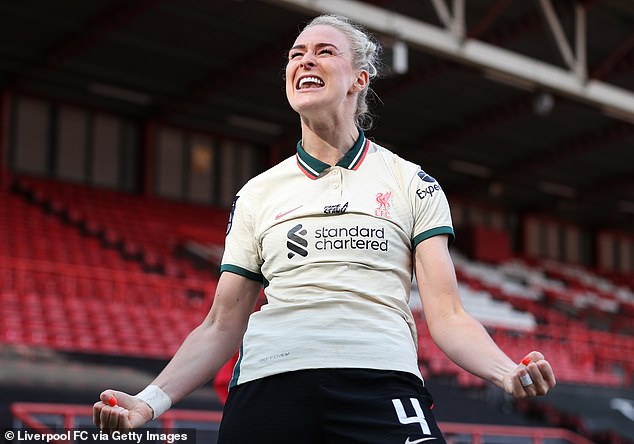 Beever-Jones then had the chance to make it 2-1 when she was played through on goal by Satara Murray but Laws did well to stick out a foot to keep the forward at bay.

Campbell’s long throws continued to cause havoc in the Bristol penalty area but it was the midfielder’s free-kick delivery that led to the Reds re-taking the lead just before half-time.

After some pinball in the box the ball dropped to the feet of Matthews, who hit a superb half-volley into the top left corner.

The third goal came just before the hour mark with Campbell involved yet again. Another lethal throw was launched into the box and flicked on by Furness. Her header found Stengel and the striker side-footed a volley into the bottom left corner. 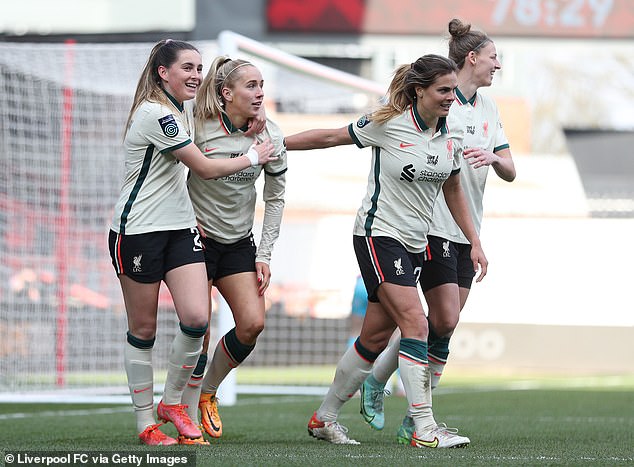 The Robins pulled a goal back in the 69th minute when the league’s top scorer Abi Harrison met Ffion Morgan’s cross to finish smartly into the bottom left corner.

But any hopes of a Bristol comeback were dashed when another lifelong Liverpool fan came off the bench to make it 4-2. Stengel’s cross found Missy Bo Kearns at the back-post and she tapped in from two yards out.

Game over and Liverpool’s title confirmed. One down, one to go? Over to you, Jurgen.