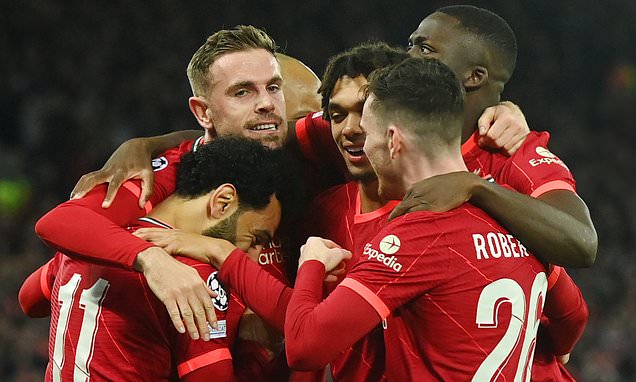 IAN LADYMAN: The greatness of Jurgen Klopp’s Liverpool side is beyond doubt and it does not even feel like they need trophies to prove it… 1977 was the last time an Anfield team even came close to winning the Treble

The last Liverpool team to come close to winning the acclaimed treble of league, FA Cup and European Cup was the 1977 version.

Bob Paisley’s team is considered to be one the club’s finest and their quest that year fell down only at Wembley in May when they lost to Manchester United in the cup final.

Here, though, are the facts of that season in the old First Division.

Liverpool lost eight of their 42 league games. They lost to Tottenham – who finished bottom – and also Birmingham, West Ham, Ipswich, Norwich, Aston Villa (1-5 away), Newcastle and Bristol City. Under the modern three-points-for-a-win system, they would have finished the season with 80. Kevin Keegan was the top scorer with 12 league goals. 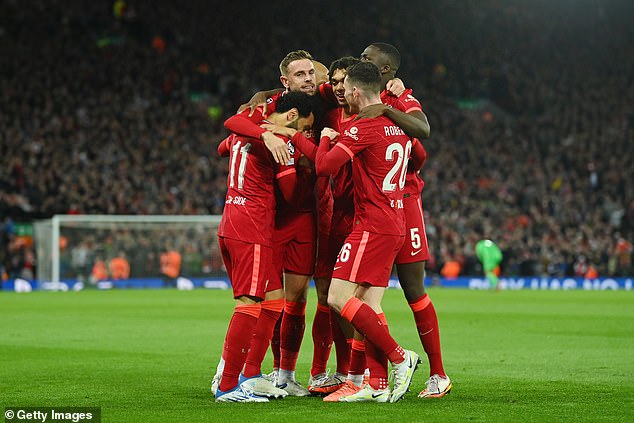 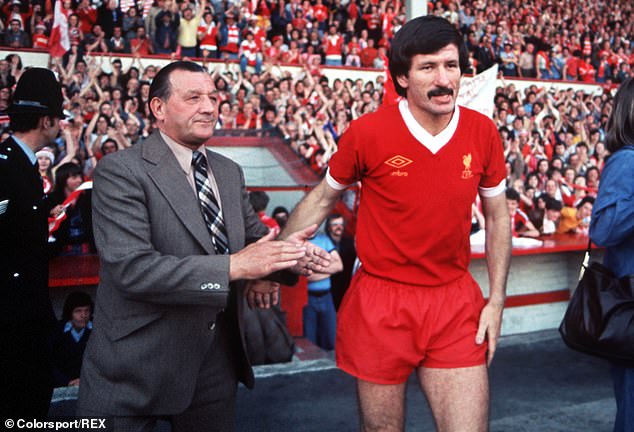 This is all worth considering now as we watch Jurgen Klopp’s current Liverpool team endeavour to win three and possibly four trophies this season.

This team already has 79 points with five league games remaining. They have lost only four times in their last 67 games in all competitions across two seasons stretching back to last March.

The purpose here is not to denigrate Paisley’s great team. That was a side that broke new ground for the club, winning the European Cup for the very first time.

Nor is this an attempt to compare Paisley to Klopp or Keegan to Mo Salah or Alisson to Ray Clemence. All that is as pointless as trying to compare Trent Alexander-Arnold to Phil Neal. Utterly irrelevant. Different eras. Different styles. Different men. 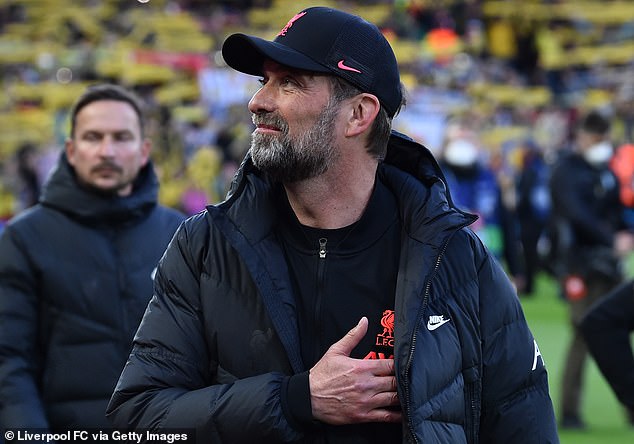 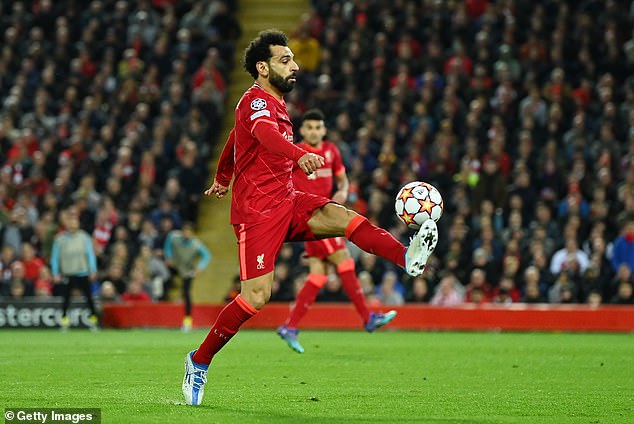 But a look back at 1977 is instructive as it does enable us to place Liverpool’s trajectory under Klopp in to context. This season we can expect this remarkable team to finish the league season with 90-plus points for the third year from four. It will be a surprise if they don’t contest the Champions League final yet again. They are in the FA Cup Final and have already won the Carabao Cup.

So whatever actually happens in the coming weeks, the greatness of this Liverpool side is beyond doubt. As strange as it is to say, it does not feel like it even needs trophies to prove that point.

Look at the way Everton played here last Sunday. Liverpool’s neighbours brought a blue wall to Anfield. Here on another frenetic European night, Villarreal sat in their own half like a huge yellow sponge. The limit of their ambition was to soak up all that Liverpool had. 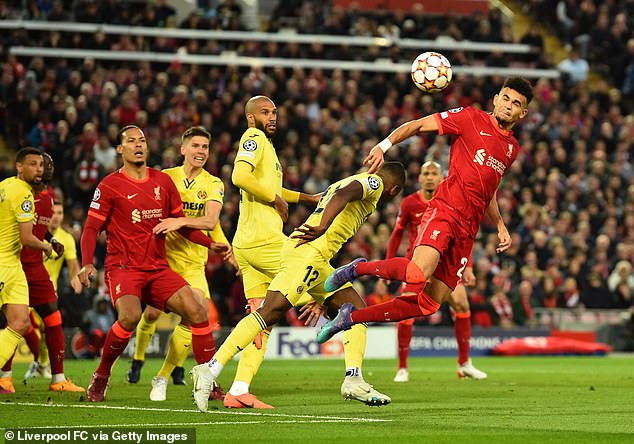 This is what teams do now at Anfield. All but the bravest come without hope. This was a European semi final but that did not affect the way the Spanish played. They approached this game like a team with an inferiority complex and little wonder. They had one shot in the first 75 minutes.

Anfield was fired up for this occasion because that is what happens in this competition. The only club in England to really view the Champions League the same way is their great rival United.

Liverpool expected to win, though. There was no hope about Klopp’s team. Villarreal played for time from the outset. Goalkeeper Geronimo Rulli took so long over his first goal kick that one wondered if he had been taking instruction from Everton’s Jordan Pickford. 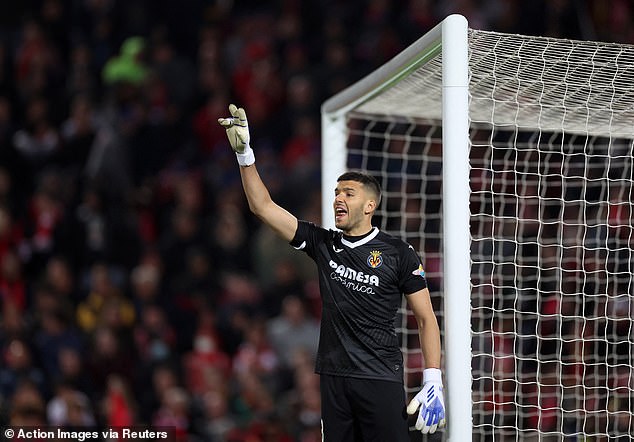 There were injuries for the men in yellow, also. None that needed any real treatment but all designed to suck time from the game. And it all went very well for the Spaniards right until the moment it didn’t and then it quickly went very badly wrong.

Liverpool had done everything but score in the first half but a quick one-two in the opening quarter of the second half soon gave Villarreal that dizzy, punch drunk feeling that so many teams suffer when Klopp’s team move through the gears like this.

It is two seasons now since Liverpool won the league title again after all those years. They amassed 99 points that year. The season before they won 97 in finishing second. 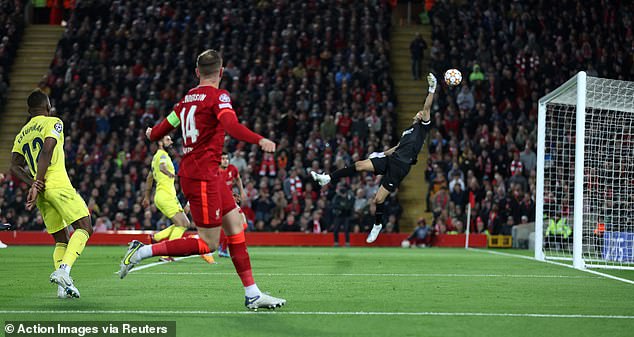 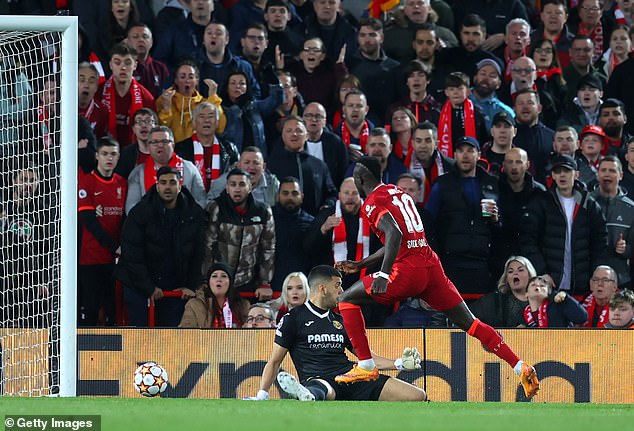 Nobody was sure they could improve on that and last year’s injury-hit hell was sobering. But the fact is that Liverpool have got better. They are still getting better.

One of the reasons is the way new players have fitted in. Thiago Alcantara and the extraordinary Luis Diaz were exceptional once again here. Other players, meanwhile, have improved. Salah is a better player than he was two years ago, for example. He works harder, he gets his head up. He sees bigger pictures.

So on Liverpool go. Game after game. Win after win. Point after point. It could well end with three or four trophies this season. Equally they may find themselves stuck on one. Other teams are available, after all.

But watching them roll through yet another night of irresistible football at Anfield was to realise that there remains a bigger picture. Anfield witnesses true greatness week after week at the moment and one day those that come here will look back and realise that is exactly what it was.

Christensen wears mask in Chelsea training ahead of Spurs encounter