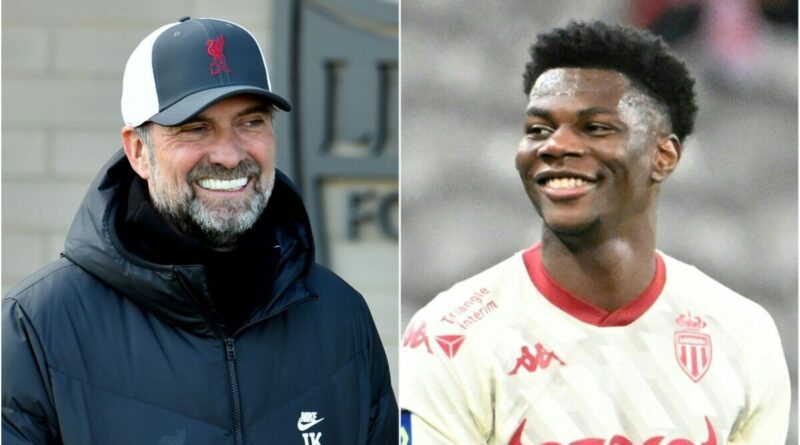 Liverpool boss Jurgen Klopp reportedly expects to offload out-of-favour attacker Takumi Minamino this summer, with AS Monaco leading the race for his signature. And the Reds can feel assured that the French outfit have money to spend after cashing in on Aurelien Tchouameni, who is off to Real Madrid despite serious interest from Anfield.

Missing out on Tchaoumeni will have come as a blow given his ever-growing reputation in European football. Before leaving Monaco, the youngster became a pillar of their midfield and worked his way into the French senior set-up.

But Madrid came calling with a big-money offer, and despite their seemingly invincible pulling power taking a big hit when Kylian Mbappe opted against signing last month, Tchouameni was in no mood to follow suit.

That has landed Monaco with a whopping £69million that they can use to beef out weaker areas of their squad. And The Times claim that they are in the market for a versatile attacker – Minamino in particular – who Liverpool ‘expect’ to offload over the coming weeks. The Japan international is valued at around £17m.

The 27-year-old scored 10 goals in all competitions last term, which is impressive given that he was often left feeding off scraps in terms of game time. The sheer number of big names at Klopp’s disposal made regular action impossible for the Japanese international, who struggled to displace the likes of Mohamed Salah and Luis Diaz.

Even Sadio Mane’s anticipated departure is unlikely to change anything given that the Reds have acted quickly to line up Darwin Nunez as his replacement. An £85m deal has supposedly been agreed with Benfica and the player is due to arrive on Merseyside to complete his medical next week.

As such, the sale of Minamino should provide the Reds’ hierarchy with a welcome cash boost as they prepare to splash out. The forward is set to be available for £17m which would leave Liverpool a tidy profit, having signed him from RB Salzburg for just £7.5m in 2020.

While Liverpool’s bank account could be looking healthier as a result of Monaco’s cash influx, Klopp is still left with a midfield vacancy after missing out on Tchouameni. Reports suggest that Leeds United’s Kalvin Phillips is under consideration, but all the noise is currently focused on Nunez during the early days of the summer window, which opened officially on Friday.

Former Reds star Danny Murphy believes that, once the Nunez saga concludes, Klopp should turn his attention towards the middle of the park. “That midfield three of Thiago, Fabinho, Henderson is phenomenal,” he told talkSPORT.

“But Thiago does struggle with injuries and you can’t expect Jordan to keep playing 45, 50 games, he’s in his thirties now. I’d be going all out for [Declan] Rice or Phillips. English, hungry, someone you know is going to be around a long time, gets it, can come in and hit the ground running. That’s where I’d be looking.”

Kante insists he is fully committed to Chelsea despite PSG interest