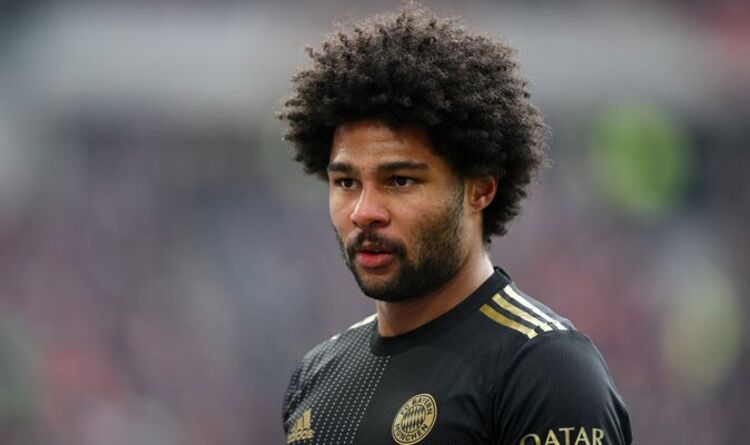 Liverpool could be forced to pay over the odds to thrash out a summer move for Bayern Munich winger Serge Gnabry, who is demanding a higher wage than what Mohamed Salah currently earns at Anfield, according to reports. The Reds have been linked with Gnabry in recent weeks as he nears the final year of his contract in Germany, while Real Madrid have also been credited with an interest in securing his signature.

The former Arsenal man is said to be in talks over a new deal at Bayern but appears to be holding out for a significant wage in order to commit his long-term future to the German heavyweights. He is demanding a weekly salary in the region of £260,000 per week, a figure which eclipses Salah’s current wage of £200,000 per week at Liverpool, according to Bild.

It is claimed that Bayern are yet to find a compromise with Gnabry, who has scored an impressive total of 61 goals while chipping in with another 40 assists during his time at the Allianz Arena. Club chiefs are of the persuasion that he can be too inconsistent in high-profile matches but are still keen on renewing his current deal, which is set to expire at the end of next season.

Gnabry’s insistence on a bumper wage increase at Bayern suggests that Liverpool could be forced to shell out a major sum in order to snap him up in advance of next season. The Reds have reportedly identified the 26-year-old as a potential replacement for Salah if the Egyptian winger is sold in the summer transfer window after failing to agree a new contract on Merseyside as of yet.

However, they are unlikely to be the only side in the hunt for Gnabry when the bidding opens at the end of the season. Real Madrid and Juventus have also been linked with a move for the Bayern ace but it remains to be seen whether he will eventually decide to seek a fresh challenge over the coming months.

Gnabry burst onto the scene after progressing through Arsenal’s youth ranks but failed to make the grade in north London before joining Werder Bremen back in 2017. He turned plenty of heads during his only season at the club before earning his move to Bayern, who activated his release clause of just £6.6million to get him on their books.

The German forward has helped his current side to move nine points clear of second-placed Borussia Dortmund at the top of the Bundesliga table with 11 goals and six league assists since the beginning of the campaign. Bayern manager Julian Nagelsmann recently insisted that he does not want to see Gnabry leave the club this summer in spite of his current situation regarding a new and improved contract.

“He has everything a player needs and a coach likes,” Nagelsmann told reporters last week. “In the end, it’s a matter of negotiation between the club and the player, but I’m sure we’ll fix it. I’d like to keep him.”

Macclesfield's side call off League Two clash with Crewe

Willian pleads with Chelsea to allow him to return to Brazil