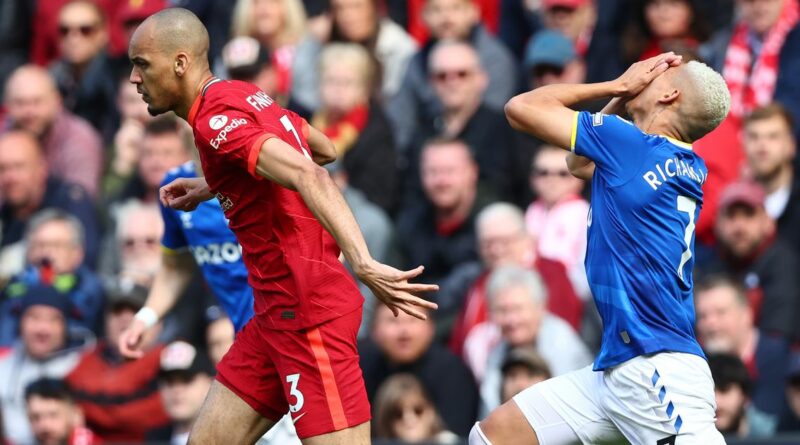 Liverpool completed a Premier League double over rivals Everton – and Fabinho could not resist a cheeky social media swipe at Richarlison.

Jurgen Klopp's side were frustrated for large spells of the contest at Anfield on Sunday afternoon, but broke the deadlock just after the hour-mark with Andy Robertson's header. Substitute Divock Origi made sure of the points with five minutes to go, pouncing quickest in the six-yard box to seal a 2-0 win for the Reds.

Tensions spilled over on several occasions as Frank Lampard's plan to frustrate the Premier League title challengers kept the hosts at bay in the first-half. Anthony Gordon delivered another promising display for the visitors, and the Everton prospect was left outraged after seeing a second-half penalty appeal waved away.

However, it was Richarlison who proved to be the pantomime villain, angering the home crowd by going down to the turf in apparent agony and disrupting the match through stoppages. One such instance prompted a brawl before half-time, with a seemingly innocuous collision with Thiago leading Abdoulaye Doucoure to foul Fabinho.

Richarlison's approach even annoyed Liverpool legend Jamie Carragher, with the Sky Sports co-commentator urging the forward to 'get up'. It's therefore perhaps not a surprise Fabinho chose to fire a little dig at his Brazil team-mate following the victory.

The Reds' enforcer posted on Instagram following the victory 'What a win! Until the end, boys!', but it was the choice of picture that was more to the delight of fans. Fabinho's decision to use a shot of the midfielder pulling away from Richarlison, who has his head in his hands, was surely no coincidence.

Do you think Liverpool will pip Manchester City to the Premier League title? Let us know in the comments section below

One fan posted: "THE FIRST PIC HAHAHAHAHAHAHA FAB YOU ABSOLUTE LEGEND". Another supporter responded: "Savage and against his hometown boy".

Liverpool's relentless pursuit of the quadruple continues with the first leg of their Champions League semi-final clash with Villarreal on Wednesday night. Klopp's side then return to Premier League action away at Newcastle United in the early Saturday kick-off.

Meanwhile for title rivals City, Pep Guardiola's side host Spanish giants Real Madrid in the first leg of their Champions League semi-final on Tuesday night. They then travel to Leeds for a mouthwatering Premier League tussle in Saturday night's late kick off. 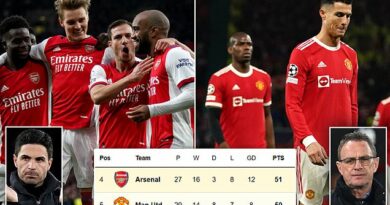