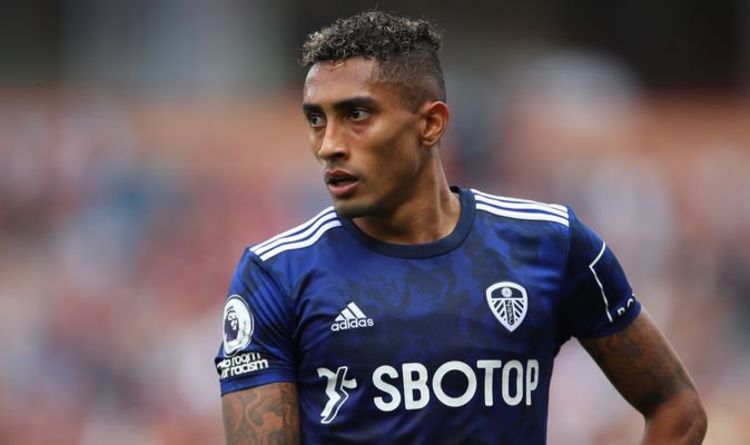 Liverpool fans are hopeful that Manchester United’s imminent sale of Daniel James to Leeds will increase their chances of signing Raphinha. Competition for minutes out wide is set to increase at Elland Road following James’ arrival, which may present an opportunity for Jurgen Klopp to exploit.

Two years after missing out on James by the narrowest of margins, Leeds finally look like landing the Welsh speedster on deadline day.

The 23-year-old has ultimately fallen victim to the wealth of attacking options at Ole Gunnar Solskjaer’s disposal, particularly after the arrival of Cristiano Ronaldo.

Despite starting Sunday’s victory over Wolves, it is hard to get away from the idea that James’ minutes would have been drastically limited at United this season.

As such, Leeds are expected to go through with a £24million deal, ending the player’s two-year spell at Old Trafford.

With Jack Harrison and Raphinha both flying high for the Yorkshire side at present, his arrival at Elland Road could yet throw a spanner in the works.

The Brazilian has been one of the brightest sparks in Marcelo Bielsa’s side, but the introduction of competition to his spot on the right-wing could tempt him into a move away.

According to the Liverpool Echo, fans are beginning to get excited about how James’ move could impact their chances of signing the 24-year-old.

Having notched 11 goals and eight assists since signing from Rennes last summer, Raphinha has established himself as one of the most joyful players to watch in the Premier League.

While he certainly has the talent to make an impact at Anfield, it is unlikely that Leeds would let him go at this late stage, given how central he is in Bielsa’s plans.

Liverpool have flirted with the idea of bolstering their attacking ranks this summer, with Xherdan Shaqiri now at Lyon and Divock Origi in the shop window.

Another element in the Reds’ hunt for talent is the fact that Mohamed Salah, Sadio Mane and Roberto Firmino are all 29-years-old.

While they may still technically be in the prime years of their career, a gradual re-shuffle will surely by on Klopp’s mind as they creep towards their thirties.

Raphinha could be one of the players to revamp Liverpool’s frontline, although time may have run out this summer.

Having said that, a power struggle is likely to ensue at Elland Road when it comes to gaining minutes in wide positions.

If Raphinha finds himself on the wrong side of an early Daniel James run of form, Liverpool could be in a much better position to strike further down the line.

After all, January is only four months away.