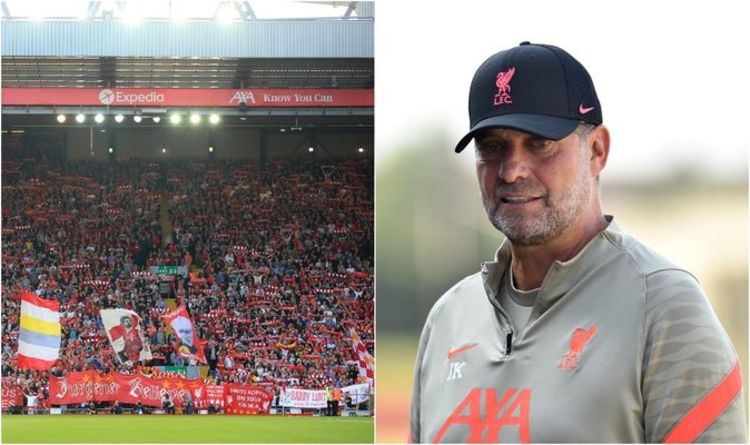 Liverpool left it until deadline day to announce Jordan Henderson’s long-awaited contract renewal. While many expected the image of the Reds’ captain signing a new deal to come on a jubilant day of celebration, some fans have taken it as an indication that Jurgen Klopp’s transfer business is done for the summer.

Henderson’s new deal at Anfield runs until 2025, a relief for fans, although there was never truly any danger that he would leave the club.

Any hints of paranoia would undoubtedly stem from the fact that Gini Wijnaldum ran down his contract and left for free earlier this summer after failing to agree new terms.

With his replacement a topic of hot debate over the course of the window, the fact that Henderson’s new contract was announced on the morning of deadline day could tell its own story.

In a quiet summer on the red half of Merseyside, Liverpool’s only major signing was sewn up all the way back in May – a £36million deal which saw Ibrahima Konate arrive from RB Leipzig.

Although many of their defenders are now back in action after last season’s freakish injury crisis, fans would have hoped for a greater statement of intent after a third-place finish.

With every title rival making a marquee signing at some point, fans wanted more urgency to chase down the big boys, according to the Liverpool Echo.

Manchester City signed Jack Grealish for a British record fee, Chelsea were not far behind them with Romelu Lukaku, while Manchester United cleaned up with Cristiano Ronaldo, Jadon Sancho and Raphael Varane.

One fan said on Twitter: “It’s predictable. Happy he’s staying but this news has been deliberately held back to be released today of all days to lighten the mood – won’t work.

“Toxicity coming. Twitter not going to be a nice place tonight.”

From Liverpool’s perspective, the lack of a Wijnaldum replacement was not for the want of options, with the likes of Florian Neuhaus and Yves Bissouma having a genuine admirer in Klopp.

A re-shuffle in attack had also been proposed with Xherdan Shaqiri now at Lyon and Divock Origi on sale, but again the Reds drew a blank.

Of course, the club’s hierarchy will point to the fact that Trent Alexander-Arnold, Virgil van Dijk, Andy Robertson and Alisson have all been tied down to new long-term deals.

While that is true, it does not have the same galvanizing impact on the fans.

Another positive to grasp at for the Reds is the emergence of Harvey Elliott, a teenager who is having a bigger role than expected so far this campaign.

While he will freshen up the squad after returning from a season-long loan with Blackburn Rovers, he is unlikely to have the same title-winning effect of a Grealish, Lukaku or Ronaldo.

Surely Henderson did not see his contract renewal going like this, but fans seem to have clocked the true meaning of the announcement.