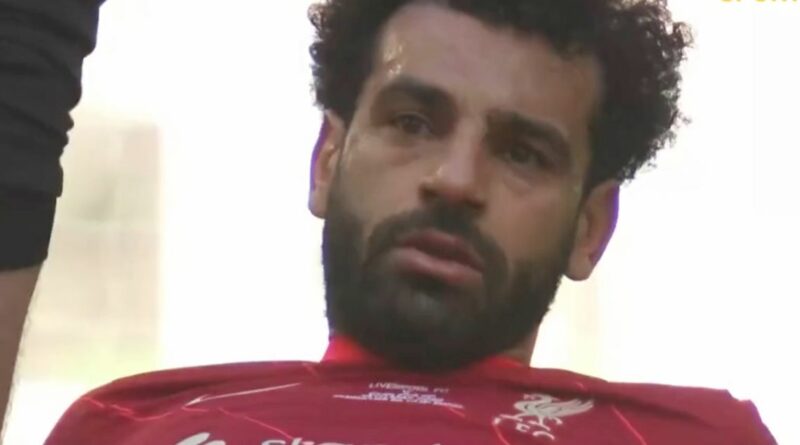 Liverpool fans are worried Mohamed Salah will miss the Champions League final after being forced off injured against Chelsea in the FA Cup final.

Salah started the match at Wembley but only lasted until just after the half-hour mark as he went down clutching his groin. Although the forward managed to get back to his feet, it was the end of his afternoon as Diogo Jota came on to replace him.

Losing Salah against Chelsea was a blow enough in itself, but there could be more bad news on the way for Liverpool if the Egyptian is ruled out of the Champions League final against Real Madrid at the end of the month.

The extent of Salah's injury is unknown for the time being. But that didn't stop Reds fans on Twitter imagining the worst case scenario if the 29-year-old's problem is worse than first feared.

One person wrote: "Fingers crossed for Salah. Would be gutting if he missed the Champions League final. Think he’s been running on empty for a while."

While another user chimed in with: "If Salah misses the Champions League Final then we're f***ed. Only Real Madrid can be this f***ing lucky. only them. 2018 was bad enough."

Do you think Salah will be fit for the Champions League final? Let us know your thoughts in the comments section below.

After watching Salah go off, BBC commentator Jermaine Jenas said: "This is a big worry, Salah is not the type of player who just takes a seat.

"He plays a lot of games, a lot of minutes, he’s had a long season – I know most Liverpool players have but chuck the African Cup of Nations into that as well."

Salah suffered Champions League misery in 2018 when he was forced off in tears following an early challenge by Real Madrid defender Sergio Ramos. Liverpool fans will be hoping he's fit for the rematch in two weeks' time.