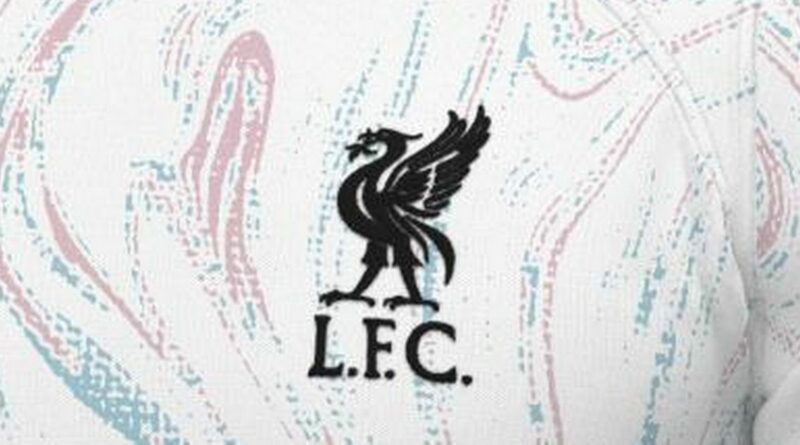 Liverpool fans have slammed the club's 'leaked' away kit for next season, declaring it looks as though it has been "smeared in toothpaste".

While the Reds still have unfinished business in this current campaign as they seek to claim an unprecedented quadruple, a reported 'leak' of the club's new away shirt has already got fans talking about next season. And some of the chat is far from complimentary.

Footy Headlines claim to have access to Liverpool's away design for the 2022-23 campaign and it's certainly a head-turner. While it's not so much the kit's white base and black trimmings that have got Reds fans talking, the light blue and purple marble-swirl style has certainly proved to be a bone of contention.

While some of the Anfield faithful have applauded the quirky design, others have blasted the jersey for its resemblance to teeth cleaning products. One fan wrote: "Looks like Signal toothpaste smeared all over a white shirt," while another simply added, "Colgate fresh".

Others felt differently, opting to compare the kooky kit to classic kinds of candy instead. The fan noted: "Looks like one of those huge jawbreakers or gum balls. I am not keen on white — let’s go back to black."

And the comparisons didn't end there. The club's fanbase then prompted to throw all manner of likenesses into the mix as they swiftly swiped away the kit's credibility.

HAVE YOUR SAY! What are your thoughts on Liverpool's 'leaked' away kit for next season? Let us know in the comments section.

One wrote wrote: "Ooh, it’s that ink marbling thing we all did that time in primary school!" while another stated, "It looks like someone accidentally dripped some coloured paint in a big bucket of white." A different user declared: "Looks like the wall of a doctors office in the late 90s."

This isn't the first time Liverpool fans have laid into the club over their eccentric kit designs either. This season's third strip saw the Anfield outfit opt for bright yellow and red attire as a nod to the club's vast and glorious history.

However, fans were quick to criticise, calling it a "yellow abomination" and making comparisons to famous fast-food chain McDonald's. As for next season's 'leaked' 'toothpaste' kit, you can't fault it for not being fresh.