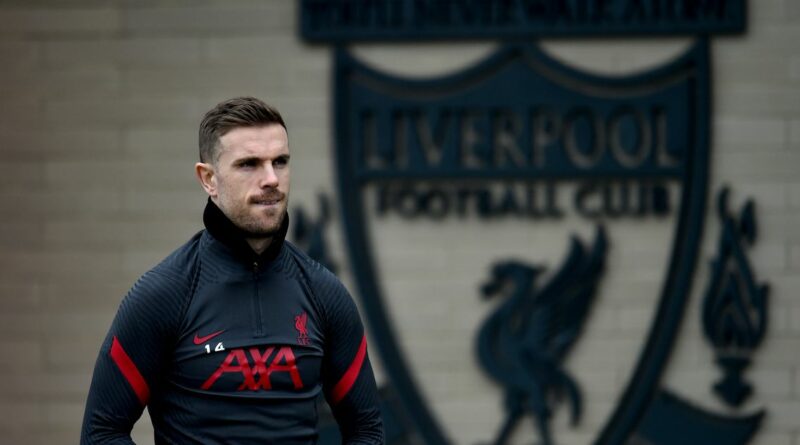 The Reds' skipper is under contract until 2023 but talks to renew his deal at Anfield have resulted in no real progress.

Other star players in the Liverpool side such as Alisson Becker and Fabinho are expected to renew their current contracts at the club, though the same scenario may not play out with Henderson.

The Athletic claim that Henderson is no closer to agreeing fresh terms having held extension talks, raising the possibility of a potential exit on the cards.

The report adds that PSG are closely monitoring the situation and Atletico Madrid could also be considered contenders for his signature should he leave Anfield.

Liverpool will hope to avoid a repeat of their recent contract saga with Gini Wijanldum, having lost the experienced Dutchman on a free transfer to PSG.

Wijnaldum failed to strike a new deal with the club and ran down his contract as a club, denying the Reds millions of pounds in the transfer market.

Henderson's value would not be of the same level of his former Liverpool teammate due to being two years older, but the Reds would likely want to avoid losing such a talismanic figure.

The Sunderland-born midfielder joined Liverpool a decade ago and has developed into a key player under manager Jurgen Klopp.

How big a loss would Henderson be for Liverpool? Comment below.

Klopp has been able to trust the 31-year-old to take on the challenge of replacing legendary captain Steven Gerrard as the leader of the side and inspire the club's recent revival.

Henderson achieved icon status after captaining Liverpool to Premier League glory during the 2019/20 season, ending the club's 30-year wait for a league title.

It remains to be seen whether he will be the man to guide the team forward or whether the club decides to take a different direction.

Ten years ago, sport was also in chaos… from an Icelandic ash cloud