Liverpool are planning to listen to offers for Dejan Lovren, despite taking the decision to extend the defender’s contract until 2022, according to a report in Goal. Lovren looks set to extend his stay at Anfield despite being linked with a move away, and could still depart this summer.

Lovren appeared all-but guaranteed to be leaving Liverpool this summer.

The Croatian centre-back has fallen out of favour under Jurgen Klopp, with Virgil van Dijk and Joe Gomez the boss’ preferred option.

Offers from Italy were expected to come in, with AC Milan heavily linked with a move.

However, it now seems Lovren, 31, will be staying put at the Premier League champions, for the time being.

JUST IN: Man Utd are ‘favourites’ for top-four despite Southampton draw for two reasons – Shearer 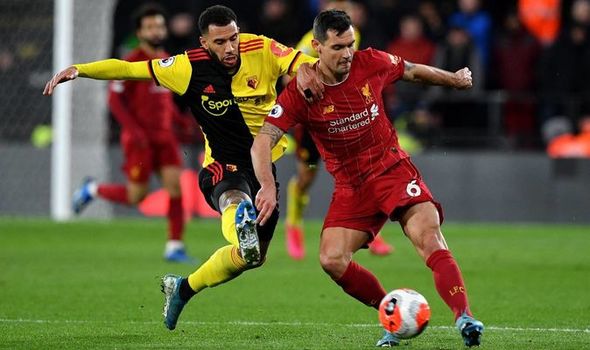 Lovren’s current deal runs out in 2021, and Reds chiefs are keen to avoid losing him on a free.

As a result, they are preparing to trigger an automatic one-year extension to his deal, meaning his contract will run until 2022.

But still, he is expected to be sold, and the decision to extend his stay is simply a ploy to get more money when they sell.

Meanwhile, Liverpool icon Jamie Carragher believes Klopp still needs to make a couple of signings in the summer, but the defence isn’t an area of concern.

“If you isolate a season and say you were the best team in the league that season, end of story,” he said.

“Now I don’t think Liverpool themselves are going to head into the transfer market and it will only be next year when we can if that was right or wrong.

“But most of the reasons financially are down to the situation that we are in right now, so you can’t be too critical of the club on that score. 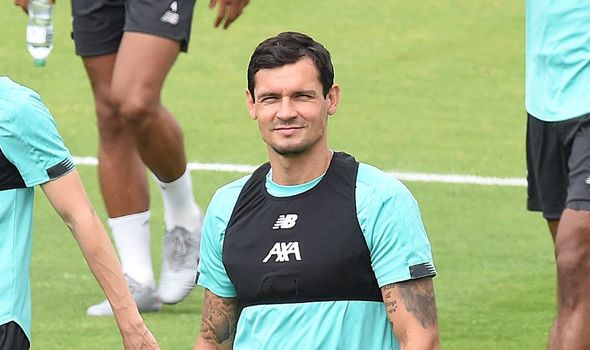 “But I think what they have now – I would still like them if they possibly could to add an attacking talent to the front three.

“And maybe add some sort of back up for Andy Robertson.

“They are well stocked in midfield and centre-back, I think Neco Williams will be great cover for Trent (Alexander-Arnold) and I just think an extra attacker and possibly looking at Lallana and Shaqiri moving on, so maybe just an extra couple of bodies in there.

“But I am confident Liverpool can do again what they have done this season.”