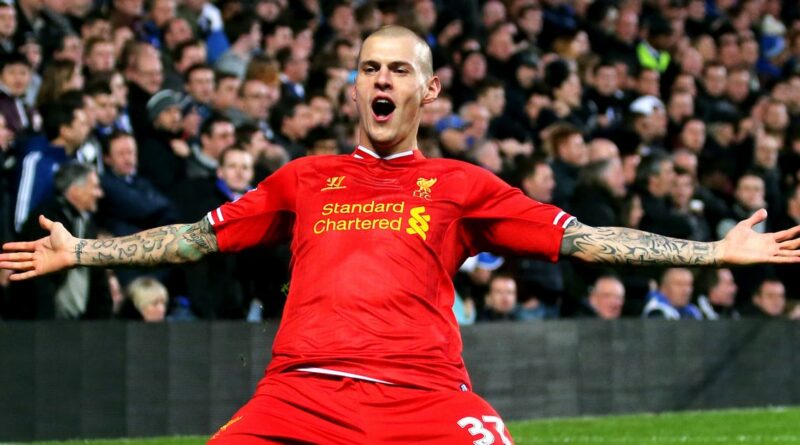 Martin Skrtel has announced his retirement and some football fans won’t even recognise the former Liverpool defender.

Skrtel made 320 appearances for Liverpool between 2008 and 2016, helping the club win the League Cup in 2012. Although he failed to claim a Premier League title with the club under Rafa Benitez, Brendan Rodgers and Jurgen Klopp ’s management, he was a key figure during their title pushes in 2008/09 and 2013/14.

He joined Fenerbahce when he left Anfield six years ago and went on to play for Atalanta and Istanbul Basaksehir before returning to Slovakia to finish his career. The 37-year-old has spent the past season playing for Spartak Trnava in his home country, but has now been forced to retire due to medical issues.

Skrtel was renowned at Liverpool for his no-nonsense style of defending and his shaven head. But ever since leaving Merseyside he has changed his hairstyle, growing just enough hair for Reds fans to do a double-take when they see him. The Slovakian’s recent Instagram pictures show him sporting a full head of brown hair.

Some fans have found this revelation confusing. “Skrtel with hair is….weird,” wrote one supporter on Twitter. “Skrtel had hair the whole time he was at Liverpool and he chose to shave it,” added another. “Funny thing is that Skrtel could grow hair the entire time. He just wanted to be bald,” wrote another.

HAVE YOUR SAY! Would you recognise Martin Srktel if he walked past you in the street? Comment below.

He now has a full head of hair, but his footballing days are behind him. “I have problems with plaques, they limit me not only in football, but also in my personal life. I don't remember a day I spent without pain. I have been training and wrestling under pills and injections in recent months,” he said in an emotional press conference.

"I had a problem walking with my son a hundred metres. The pain is pretty bad. The worst issues are running, jumping and the impact. This is something we need in football. Therefore, I had to decide that the match with Dunajska would be the last. The last one not only in Spartak, but also in my career.

"I couldn't imagine life without football, but it's time to start following the mind, not the heart. We have only one health. I have civil life ahead of me and I want to have it on some level, not in pain."