Liverpool icon Jose Enrique has thanked Edinson Cavani after a Twitter rumour suggested that he was responsible for advising Darwin Nunez to join the Reds instead of Manchester United. Nunez is reportedly set to become Liverpool’s club-record signing over the coming days after the Merseyside club agreed to pay Benfica an initial sum of £64.2million in exchange for his services.

The deal could eventually rise to around £85.6m when performance-related add-ons are taken into account, with Benfica confirming Nunez’s departure via an official statement on Monday morning. Enrique, who spent five years with the Reds between 2011 and 2016, has since paid tribute to Cavani for his apparent role in helping the transfer to come about.

“Thanks Cavani,” tweeted Enrique, along with a series of laughing face emojis, in response to a rumour claiming that the Uruguayan forward had urged Nunez to snub a move to United in order to join Liverpool. This would have certainly been a crushing blow for the Red Devils, with Cavani still officially on their books until the expiry of his contract at the end of this month.

However, it seems as though United were never truly in the race to land Nunez, who has established himself as one of Europe’s brightest talents over the last few years. They denied recent claims that Erik ten Hag had met with the player’s camp in order to gauge his interest in a move to Old Trafford, with the Dutchman set to pursue other targets in his bid to improve United’s attacking ranks in advance of next season.

Meanwhile, it remains to be seen whether Nunez will be able to hit the ground running at Liverpool, who will be desperate to challenge for the Premier League title once again when the new campaign gets underway. He has already been compared to the likes of Cavani and fellow compatriot Luis Suarez by Benfica team-mate Adel Taarabt, who waxed lyrical over the 22-year-old’s ability when quizzed on his future by talkSPORT.

“Last season when Benfica bought him from Almeria nobody knew him really but it was already a big fee, a lot of people were surprised,” explained Taarabt.

“But when we saw him in the first training we understood that he was going to be one of the best strikers in the world. He has that mentality of South Americans, he likes to win, he’s a winner, he fights, he’s very fast and strong as well.

“Darwin has a mix of Cavani and Suarez, he can jump, he can go behind, for me he’s a mix of both. I mean 34 goals, six in the Champions League, two against Barcelona, Bayern Munich and two against Liverpool and he’s 21 years old.

“So the most important thing is he keeps his head and he’s focused. I think the only thing [problem] that could happen for him in Liverpool is the language barrier.” 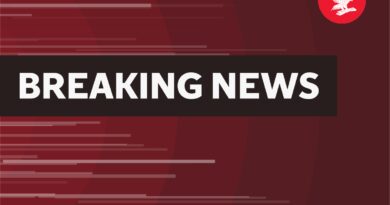 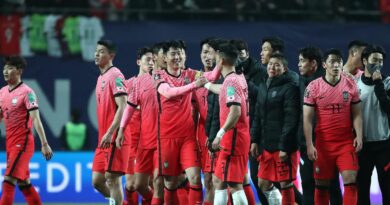 Ralph Hasenhuttl is eager to hit the 'reset button' at Southampton