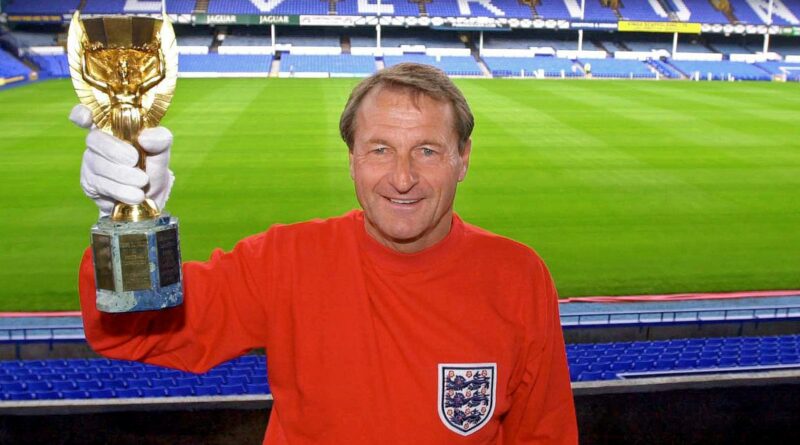 Liverpool icon and World Cup winner with England Roger Hunt has passed away at the age of 83.

The legendary Anfield striker scored 285 goals for the club across his 492 appearances, winning two first division titles as well as the FA Cup back in 1965.

Hunt was also one of the 22 players called up to represent England at the 1966 World Cup, lifting the trophy under Sir Alf Ramsey during an international career that included 18 goals in 34 Three Lions outings.

Hunt was fondly known as "Sir" by Liverpool fans despite the absence of a knighthood, but did receive an MBE in alongside several team-mates in 2000 before being inducted into the English Football Hall of Fame in 2006.

Roger married Patricia O'Brien back in 1959 and they had two children together, more recently he lived with his second wife Rowan near Warrington.

"Hunt, the club’s second-highest goalscorer of all time with 285 goals in 492 appearances, passed away peacefully at home following a long illness on Monday evening. He was 83.

"A World Cup winner with England in 1966, Hunt joined the Reds from nearby amateur team Stockton Heath as a 20-year-old in July 1958 and spent 11-and-a-half hugely successful years at Anfield.

"His overall tally of 285 goals for the Reds stood as a record until Ian Rush surpassed it in 1992. No player has ever scored more league goals for Liverpool than Hunt’s total of 244, however.

"Hunt made his debut in a 2-0 win over Scunthorpe United at Anfield in September 1959 – and, naturally, marked the occasion with a goal.

"Under the management of Bill Shankly, who arrived at the club a few months later, Hunt would form a fearsome strike partnership with Ian St John and went on to win the Second Division title in 1962, two First Division titles in 1964 and 1966 and the club’s long-awaited first FA Cup in 1965.

"Hunt’s achievements saw him bestowed with an honorary knighthood from the Kop and he will forever be known as ‘Sir Roger’ by supporters of the club he graced with such distinction.

"He also achieved legendary status on the international stage, starting the 1966 World Cup final in which England beat West Germany at Wembley.

"He scored three times in six appearances during that tournament and 18 goals in 34 caps overall for his country.

"The thoughts of everybody at Liverpool FC are with Roger’s family and friends at this sad and difficult time."

Tributes have started to come in from Liverpool heroes who looked up to Hunt, with John Aldridge stating that he was his number one icon.

He wrote: "I’m absolutely gutted to hear of the passing away of one, if not THE BEST Lfc strikers SIR ROGER HUNT.

"What a striker and a true Gentlemen,I had the great pleasure of being with him on many occasions. RIP My No 1 Legend and Hero. YNWA."

With Jamie Carragher saying: "RIP Sir Roger Hunt. One of the greatest goal scorers our club has ever seen. Sir Roger along with the other Legends from the 60’s made LFC the club it is today."