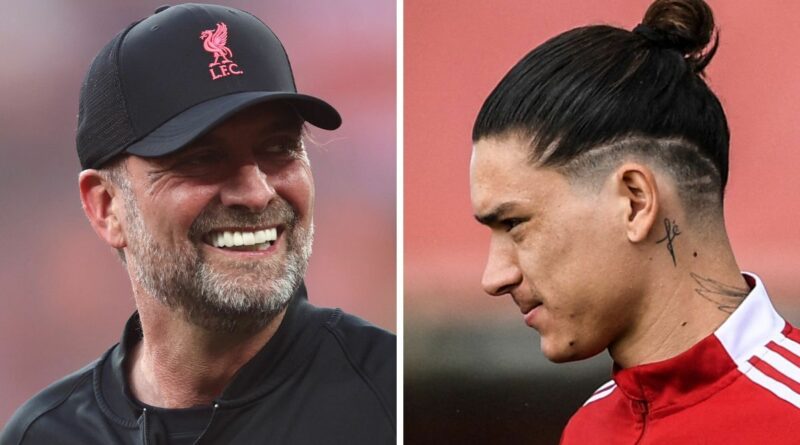 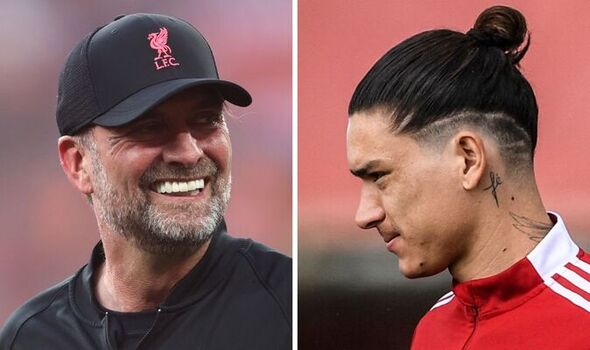 Newspaper reports in Portugal sensationally claim Liverpool have tabled a club-record £85million offer for Benfica frontman Darwin Nunez. The Uruguayan international striker, who banged in 34 goals in all competitions this season, is one of the most highly-coveted players in world football as the Primeira Liga giants prepare to line their pockets from a mega sale.

Liverpool and Manchester United are among those at the centre of the transfer battle for Nunez and it appears the race is beginning to hot up.

According to Lisbon’s sports newspaper Record, the Reds have now offered £85m for Nunez, a figure that would surpass their club-record deal to sign Virgil van Dijk from Southampton in January 2018.

It would also blow Benfica’s original asking price of £67m out of the park, should the reports prove to be correct.

In England, there is currently no noise of Liverpool making a bid for Nunez – more the opposite. Several media outlets have declared the Reds are keen to avoid a bidding war for the player and instead, they have other targets in mind.

Nunez, ideally, wants to play Champions League football, something that is not on offer at Manchester United.

That’s why Liverpool are believed to be in the driving seat for any deal, as they prepare to wave goodbye to Sadio Mane.

Luis Diaz is a like-for-like replacement for Mane out wide but the Senegal international played through the middle as a striker in the second half of the season.

It means Liverpool need to ideally add another striker to their ranks with Nunez seemingly top of the agenda.

The report also adds that Jurgen Klopp is “crazy” about signing the 22-year-old, who he raved about after Liverpool’s Champions League battles with Benfica several months ago.

Nunez scored in each fixture and earned impressive praise from Liverpool’s boss, who said: “Extremely good-looking boy. Really good, really good. He played pretty much in front of me, with his tough battles with Ibou Konate.

“Physically strong, quick, was calm with his finish. If he stays healthy, it’s a big career ahead of him.”

The comments were later described as a “compliment” by Nunez, who was flattered by the positive appraisal.

If Nunez was to complete the move to Anfield, there would be plenty of fellow South Americans to help him settle in.

Liverpool’s Brazilian trinity of Alisson, Roberto Firmino and Fabinho have all played a key role in helping Colombian Diaz find his feet on Merseyside.

The £37.5m January signing from Porto has taken to the Premier League like a duck to water following his mid-season move from the Estadio do Dragao.

His impact will also offer Liverpool further encouragement that Nunez has what it takes to cut it in the Premier League.

At the time of Diaz’s move, he was second in the Primeira Liga scoring charts to Nunez, who would go on to strike 26 times for Benfica.

Sooner or later, the pair could potentially be set to join forces at Liverpool – although at this stage, it seems unlikely that the Reds have actually made an opening offer.

Liverpool train ahead of Atalanta as Klopp makes Shaqiri statement