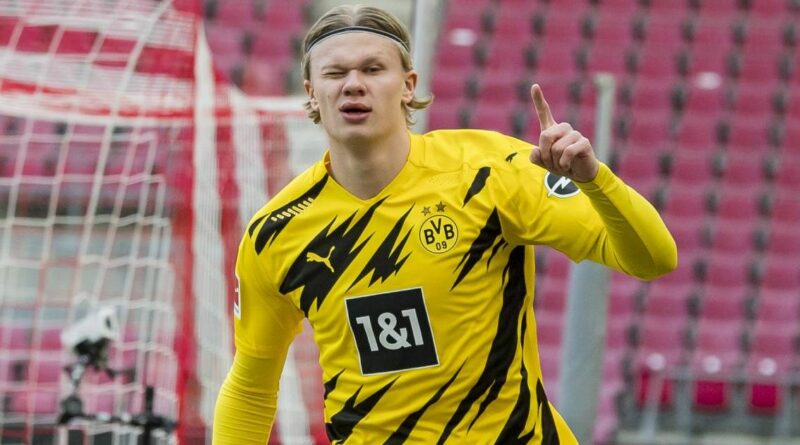 Liverpool, Manchester United and Arsenal are in a race against time to land a bargain alternative to Erling Haaland.

The Borussia Dortmund frontman is hot property this summer with every top side after his signature as Mino Raiola searches for a new club for his client.

The three mentioned Premier League clubs are no different but might be left in the dust considering the amount of money being spoken.

The likes of Manchester City and Chelsea are also in the hunt, as are Barcelona and Real Madrid.

And with bids starting at £127m, Liverpool, United and Arsenal are being forced to look elsewhere for cheaper targets – and one has become available.

RB Salzburg star Patson Daka has been scoring goals for fun in the Austrian Bundesliga, the same division Haaland made his name.

In 19 league appearances, the 22-year-old has netted 23 and does not look like slowing down at any point.

The Zambia international was in frightening form this weekend, scoring an 11-minute hat-trick against Sturm Graz on Easter Sunday.

It has led to intense speculation over his future with a move to England mooted, with Liverpool, United and Arsenal all linked, as well as Everton.

Yet despite his insane goal record, Daka has been priced at £17m – making him a bargain for whoever picks him up.

However, that figure has been steadily increasing since last season and means any side serious about signing him must move quickly to avoid that valuation inflating further.

It comes amid news that Dortmund have no intention to sell Haaland this summer after buying him from RB Salzburg last January.

Speaking to Sky Germany on Thursday, Zorc said: “I spoke to Raiola yesterday (Wednesday). We made our intention clear.

“We plan for the long term with Erling. [Rumours] do not have to be dealt with at all. I can see him with us for a long time.”

Raiola and Haaland's father Alf-Inge have been jetting around Europe speaking to clubs about his next move.

They want to get a good feel for each team and where their futures lie before making any further decisions.