How quickly things can change in the Premier League. From looking like they might run away with a second straight title, Liverpool go on to concede seven goals for the first time since 1963.

It would be a big test to bounce back in any circumstances, never mind away at the Premier League’s form team – Merseyside rivals Everton. Four wins from four, Carlo Ancelotti’s men are flying. But that is the challenge that awaits Liverpool this afternoon (12.30pm kick-off).

Having suffered plenty of derby day disappointment in the Premier League era, post-1992 this is perhaps the most confident an Everton team will ever be going into a clash with Liverpool, regardless of their status as top-flight champions.

Everton are looking for five straight wins to start a league season for the first time since 1938-39 and the performances of Carlo Ancelotti’s men have been nothing short of excellent so far.

Dominic Calvert-Lewin is the most in-form striker in Europe, James Rodriguez has taken to English football seamlessly and Allan and Abdoulaye Doucoure have transformed Everton’s midfield.

But Liverpool will point to their remarkable record of reacing to league setbacks under Jurgen Klopp as they seek a stirring response at Goodison Park. 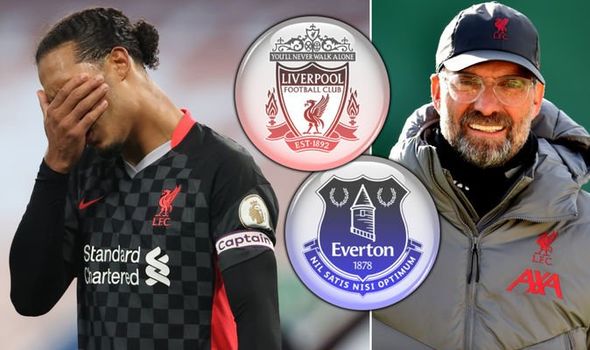 Under the German, who has led the Reds to their sixth European Cup triumph and 19th league title in the past 18 months, Liverpool have never lost back-to-back top-flight matches.

That is quite a record given that the 53-year-old has overseen 186 matches in the Premier League (winning 121, drawing 41 and losing 24).

It gives him a 65 per cent win percentage, only bettered by Manchester City boss Pep Guardiola (74 per cent) and former Chelsea manager Antonio Conte (67 per cent). Klopp’s is exactly the same record as Manchester United legend Sir Alex Ferguson.

The worry for Liverpool supporters will be Klopp’s post-match comments at Villa, the German admitting: “The first goal had an impact and it shouldn’t. The reaction was not good, we lost the plot. Our body language dropped.”

Very rarely has the character and mentality of this Liverpool team been called into question, let alone by the manager. 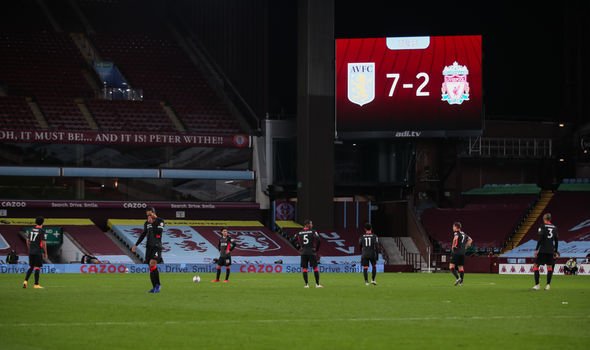 Klopp will be eager to put things right at Goodison, and seemingly has a penchant for doing so given his team’s record for bouncing back to defeats under him.

But Liverpool will have to overcome recent history at the ground of their neighbours. They haven’t lost to Everton since 2010 but seven of the last eight meetings at this venue have ended goalless.

A clean sheet would be most welcome by Liverpool after leaking 11 goals in their first four games but it is the full three points that Klopp will be desperate for.

And the Liverpool boss is wary of just how tough a challenge it will be to come away from Goodison with the spoils.

“It’s pretty clear that they did some good business and Carlo is a sensational manager,” he said.

“This team looks really, really good – I would like to say something different but it’s not possible! So of course that’s a proper challenger.

“Look, so many teams did really good business in this transfer window, [business] which made real sense, and they all will improve.

“All teams improve in that league and that’s what everybody has to know about. We know about that and that’s why we have to be ready for each of these games and tomorrow, in not even 24 hours, we can show that.” 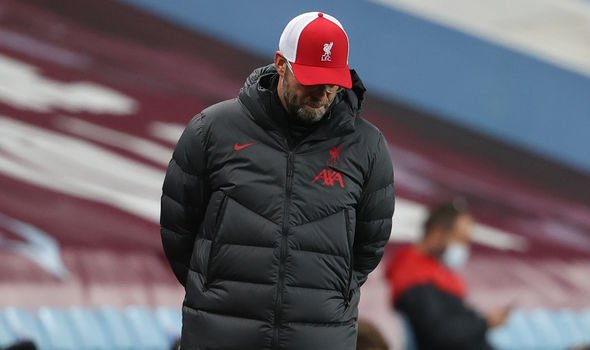 And despite being unbeaten in Merseyside derbies since 2010, Klopp pays no attention to Everton’s decade-long winless run in these fixtures.

He said: “Of course from my point of view long may it [the unbeaten run] continue, but we never really thought about it before we played them.

“Before we played Everton, not once did we think ‘they don’t win anyway’, these kind of things we never had in our minds.

“It’s hardest work for us tomorrow and we will be ready for that.”

The Liverpool will be hoping to avoid breaking two records at Goodison but if they fall to a second straight defeat, plenty of questions will be asked about their title defence.

Jack Wilshere insists he still has plenty to offer at 28

What channel is UFC 254 on today? PPV schedule, start time for Khabib Nurmagomedov vs. Justin Gaethje

Arsenal, Chelsea, Manr City and even RANGERS tempted Lionel Messi
We and our partners use cookies on this site to improve our service, perform analytics, personalize advertising, measure advertising performance, and remember website preferences.Ok